The coolest cars from the 2019 New York Auto Show

You need to see the 'HabaNiro.' 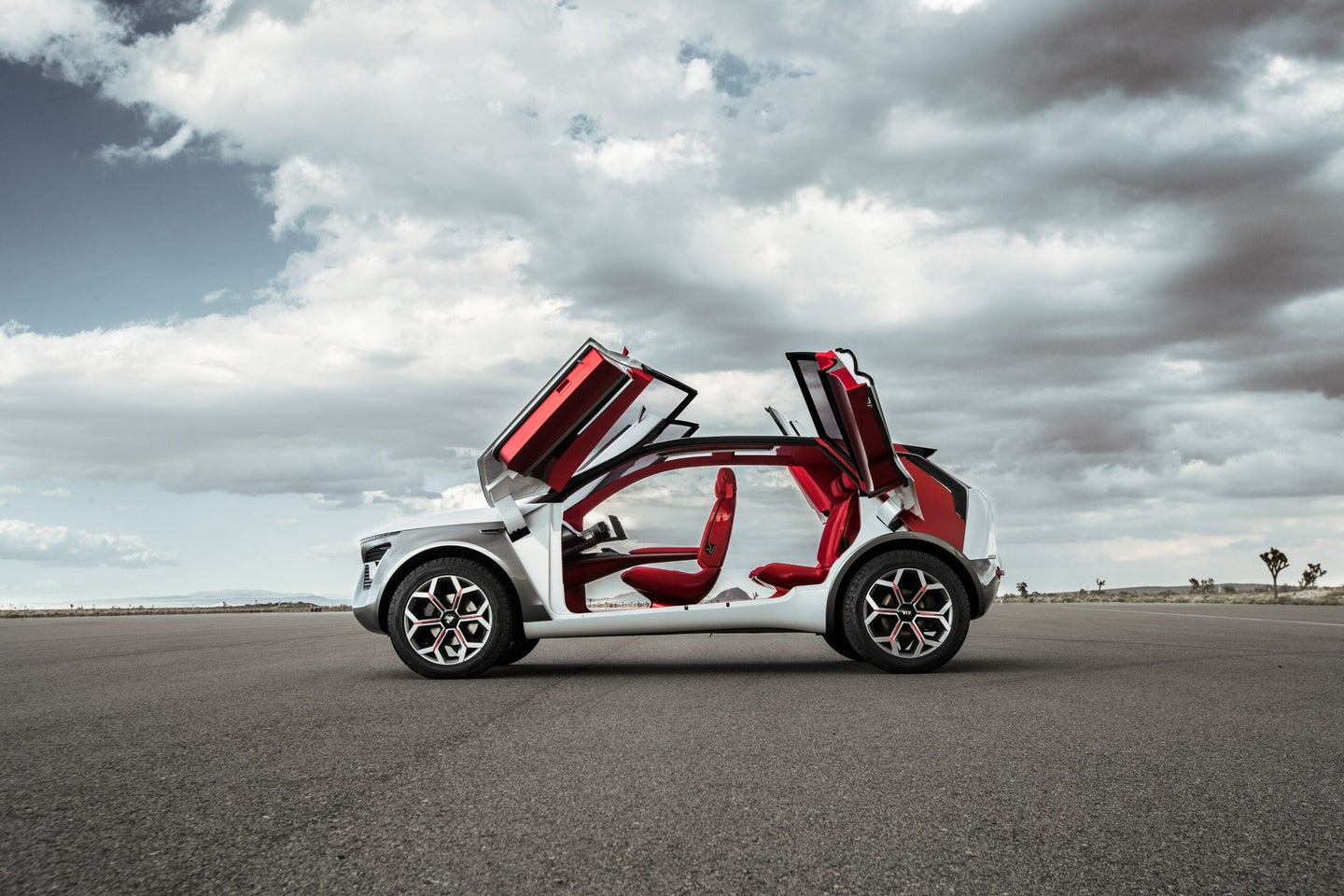 Automakers are less likely to wait to announce dazzling new products at glitzy, expensive auto shows these days—meaning that events like the New York International Auto Show are shrinking in significance.

But still, that hasn’t stopped carmakers from bringing us exciting new concept cars, important new production models, and cool bits of technology that stand out from otherwise unremarkable new models this year.

Our favorites from the New York auto show, currently ongoing at the Javits Center in Manhattan, include these noteworthy new vehicles.

Kia’s spicy concept car’s name is a combination of the habanero pepper and the company’s Niro EV (thus, the “HabaNiro”), and designers aimed to live up to expectations with a bright red cabin finish. (Design trends are leaning toward more color inside cars.) Further, it eschewed the lavish application of leather, using boucle fabric instead to cultivate a cushy impression.

More importantly, that cabin is stuffed with technology— like a full windshield-width Head-Up Display that can be used to show movies during long drives when the car’s autonomous driving system is engaged.

Kia describes the HabaNiro as an all-electric, all-wheel drive vehicle with a 300-mile driving range. 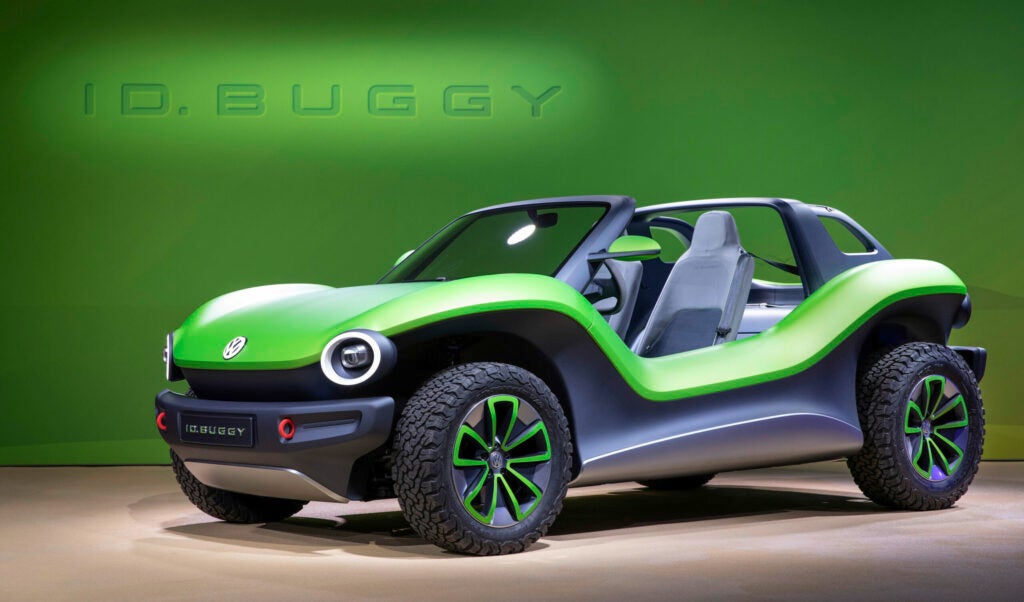 VW’s modern electrified take on the classic Meyers Manx dune buggy, which made its global debut in Geneva, arrived in U.S for the New York show. It’s called the I.D. Buggy.

Fittingly, VW recruited Bruce Meyers, the Manx’s creator, to attend the show and oversee the Fern Green descendant of his classic beach machine. The I.D. Buggy is built on the same modular electric car platform that will power VW’s upcoming generation of EVs, just as the Beetle’s platform rolled beneath the classic VW bus, pickup truck, Thing off-roader, Squareback, and other models.

VW says the I.D. Buggy is good for a top speed of 99 mph and accelerates to 62 mph in 7.2 seconds, making it dramatically faster than the original version, in addition to being quieter and cleaner.

Driving range is 155 miles, which seems kind of far for just a drive on the beach, so we suspect that the 62 kilowatt-hour battery pack will be more than sufficient.

Also fresh is the thinking behind its bench seat, though alas, there’s no provision for three-abreast seating as there are only seatbelts for the two outboard positions.

Another throwback design aspect is the use of six discrete small displays that each shows a single parameter in the fashion of traditional mechanical gauges. In a steampunk touch, they are trimmed in copper bezels.

In place of a dash-mounted instrument display ahead of the driver, the Mint embeds its panel into the center of its oblong steering wheel in the manner of race cars.

Genesis designers say the Mint will employ a battery pack with capacity for a 200-mile driving range and it will support 350-kilowatt direct current fast charging for quick refueling.

Lincoln completed the remake of its product line with its return to the use of English words as names, instead of the alpha-numerics favored by European prestige brands. The Corsair seeks to bring traditional American comfort to the compact crossover segment, with no concessions to either off-road pretensions or would-be road racing capabilities for circulating the Nurburgring.

Instead, the Corsair includes conveniences like the ability to use a smartphone as a key, unlocking the car and starting the engine to drive. It further features Ford’s key panel for entry in case the phone battery is dead and an on-screen code for starting the car.

One of the scene-setting aids for keeping Corsair occupants relaxed is the replacement of conventional alert beeps, buzzers and chimes with an array of symphonic chimes that are brief musical vignettes created and recorded by the Detroit Symphony Orchestra.

Speaking of musical themes, Hyundai’s Sonata sedan debuted at New York with an array of innovations. Like the Corsair, the Sonata offers the ability for customers to use their phone as the car’s key, and it does so at the lower price of a mainstream brand.

The Sonata’s signature feature is the chrome strips that run from the side mirrors to the corners of the car’s headlights. The end of the strips, near the headlights, is laser-cut with tiny holes, and LED daytime running lights behind the chrome strips cause the ends to light up when the car is running. They appear as conventional chrome trim the rest of the time.

In an illustration of the law of diminishing returns, as applied to shrinking the displacement of automotive engines in pursuit of fuel efficiency, the Sonata’s standard 180-horsepower 1.6-liter four-cylinder engine is expected to score 31 mpg on the EPA’s combined driving cycle, while the optional 191-horsepower 2.5-liter four cylinder engine is projected to score 33 mpg in combined driving.