Hood ornaments can be a drag, so Rolls-Royce made theirs sleeker

It's called the Spirit of Ecstasy, and while the change may seem silly, it's a reminder that a vehicle's aerodynamics matter. 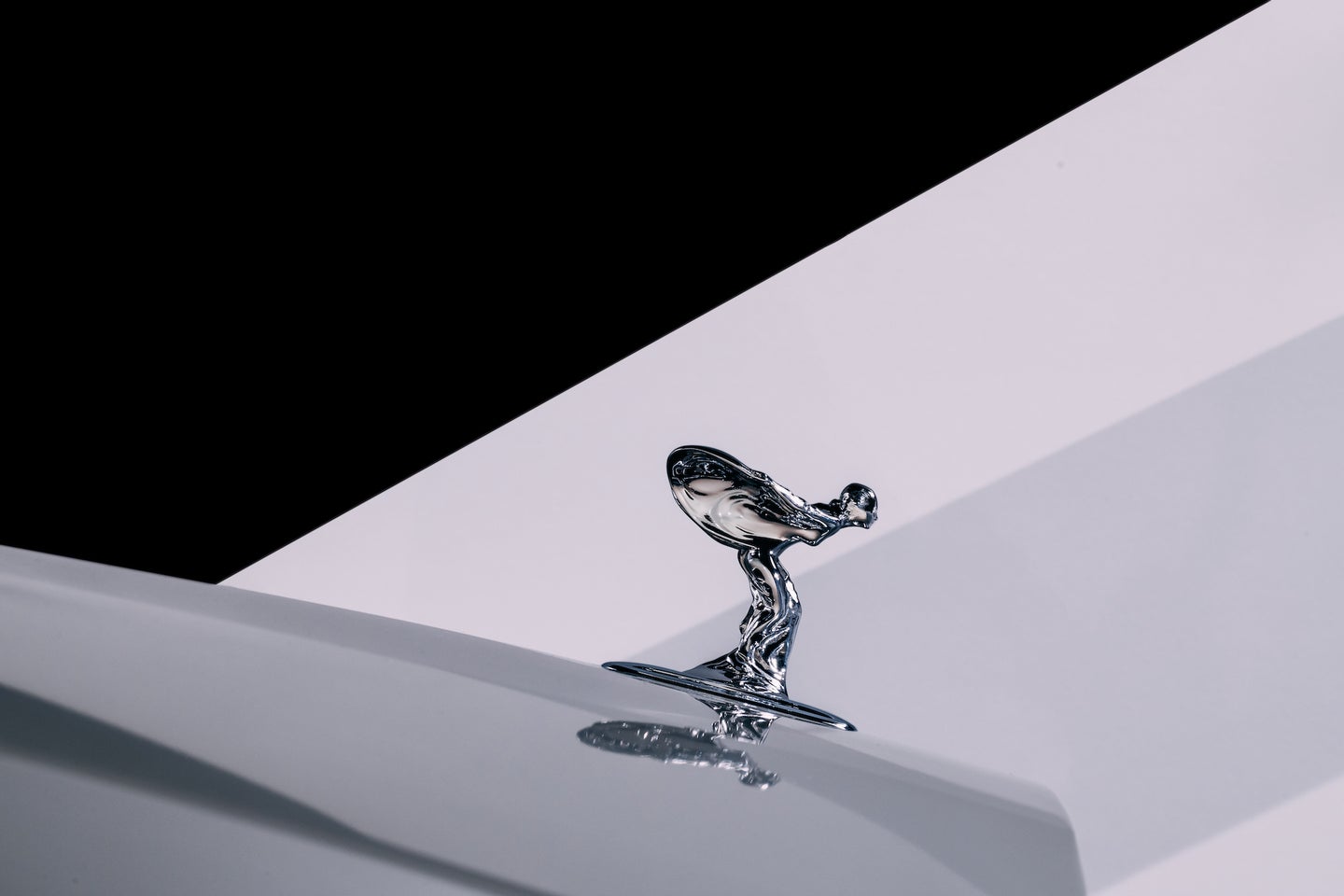 The new version of the Spirit of Ecstasy. Rolls-Royce
SHARE

A Rolls-Royce is a pretty unattainable vehicle for most people, but it spouts an iconic hood ornament that just about anybody can spot in passing. That oddly-shaped obelisk is actually called the Spirit of Ecstasy, and it depicts a woman leaning forward with her robes flowing backwards, as if she were in flight.

While certainly a spectacle, it isn’t the most aerodynamically-friendly car emblem in the world. In fact, concerns over the potential negative effect on fuel economy were one of the reasons that many automakers ditched hood ornaments—even if Rolls-Royce owners probably don’t have to worry about their fuel budget. And of course, with the forthcoming launch of an all-new Rolls-Royce electric luxury coupe called the Spectre, fuel efficiency is a non-issue. What Spectre owners may have to worry about, however, is total drivable range.

Modern electric vehicles be damned, Rolls-Royce simply won’t get rid of the Spirit of Ecstasy. Instead, the British luxury automaker has resculpted the enigmatic emblem to improve aerodynamic efficiency so as to not negatively affect total range in the battery-powered Spectre.

Designers began modifying the existing ornament by giving it a lower stance—17 percent lower, in fact. That’s closer to the original sketches drawn by designer Charles Sykes when it was introduced 111 years ago. The Spirit’s positioning is also modified slightly. Lastly, the emblem’s robes are reshaped to be more aerodynamic, and the overall figure more of a match to a design Rolls calls “The Expression.”

It took 830 hours to design the final hood-mounted masterpiece, according to Rolls-Royce. This includes time spent modeling, as well as actual testing in a wind tunnel to ensure that in the real-world the emblem is as slippery as possible. Sadly, Rolls doesn’t say exactly how much drag the new Spirit eliminates.

“The Spirit of Ecstasy is the most famous and desirable automotive mascot in the world,” said Torsten Müller-Ötvös, the CEO of Rolls-Royce, in a statement. “More than just a symbol, she is the embodiment of our brand, and a constant source of inspiration and pride for the marque and its clients. Like our brand, she has always moved with the times while staying true to her nature and character.”

Rolls-Royce says that the aerodynamic version of the Spirit will be used on new models going forward. Existing nameplates in the company’s lineup—the Cullinan, Dawn, Ghost, Phantom, and Wraith—will all continue to use the existing design.

[Related: The first Rolls-Royce SUV has tricks that might actually justify its price tag]

This all may seem like rarified, silly stuff, but back down on Earth, automakers know that aerodynamics matter when building cars, especially ones powered by batteries. A vehicle’s aerodynamics are measured using what’s called the drag coefficient, and is represented by the abbreviation Cd (Coefficient of Drag). The lower the number, the less wind resistance the vehicle will have when traveling down a highway in otherwise ideal conditions.

Given that the new Spirit of Ecstasy will live atop of Rolls-Royce’s new flagship EV, a low drag coefficient was important and part of the reason for the ornament’s redesign. While the Spectre itself hasn’t yet been revealed in full, Rolls-Royce has already boasted to the world about its low drag coefficient: 0.26 Cd.

For comparison, a Hummer H2 has a coefficient of 0.57 Cd, a Honda Odyssey of 0.39, a Toyota Prius 0.24, and a Tesla Model S 0.21. The Spectre has approximately the same coefficient as the Audi e-tron Sportback, positioning it between the Odyssey and Prius.

Rolls-Royce also ensures that the Spirit of Ecstasy is retractable. The automakers touts this as an anti-theft device, but it can also be raised and lowered at-will, meaning that an EV with it proudly displayed while parked might be able to lower it while driving to bring down the drag coefficient even more.

More modern electric car-makers have begun to focus on lowering the drag coefficient as much as possible in order to maximize vehicle range. This is often accomplished by reworking body panels, ducting, and other exterior parts that could catch the wind. Honda, for example, completely removed the side mirrors of its tiny Honda E, and instead replaced them with nubs and camera sensors. Honda claims this move alone reduced the car’s aerodynamic drag by 3.8 percent, and nearly 90 percent compared to conventional side mirrors. Other automakers like Tesla have built pop-out door handles that retract while the vehicle is in motion.

While the release date, exact specifications, and price of the Rolls-Royce Spectre are still unknown, the British luxury car maker is clearly taking its time to make sure that every facet of its new coupe is a gleaming example of opulence, and a call back to the traditional features that its buyers demand, including the iconic (and redesigned) Spirit of Ecstasy.