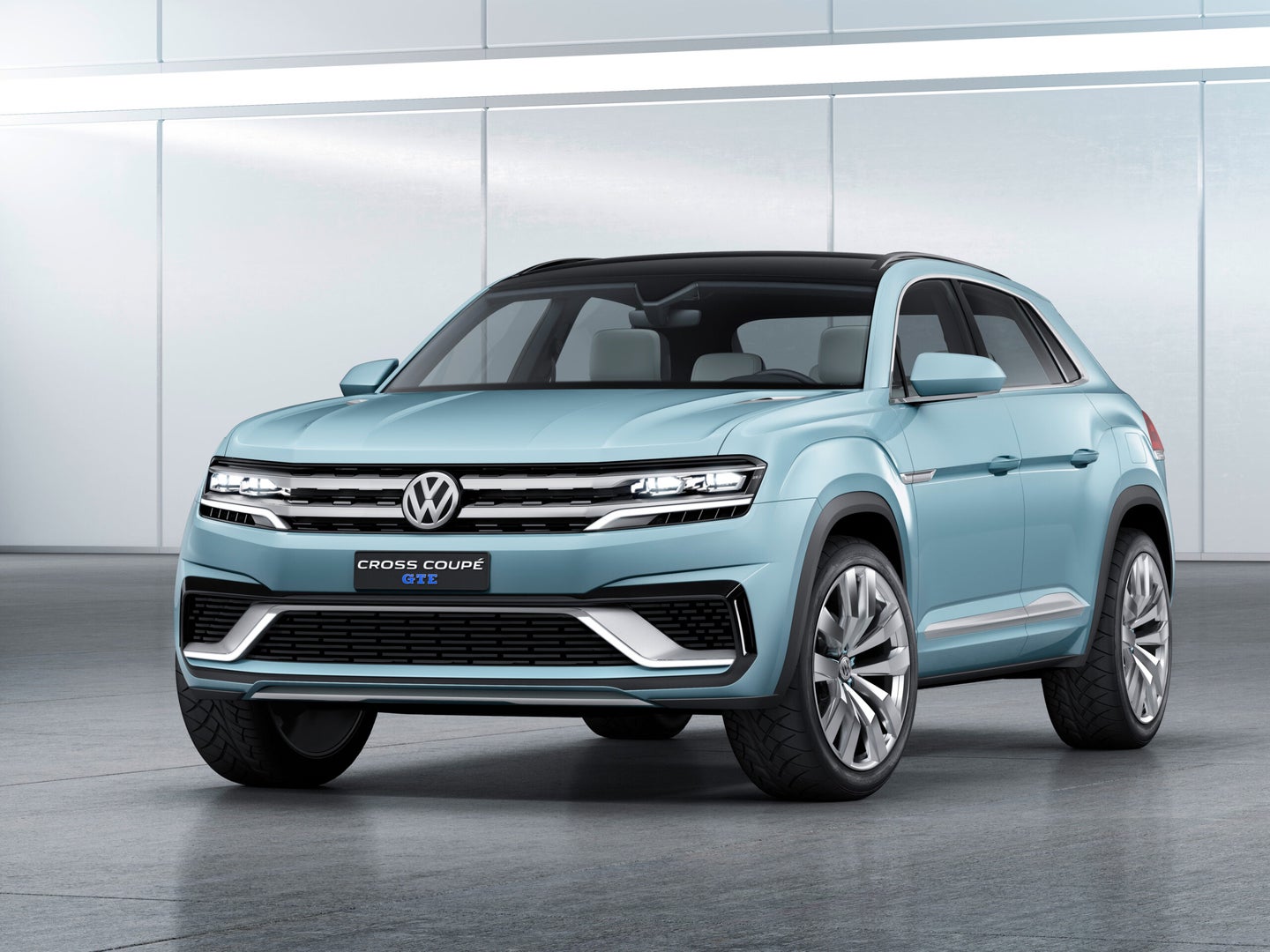 Volkswagen is working on a new sport utility vehicle set to launch late next year that is lighter and more fuel-efficient than the current VW Touareg. The CrossBlue concept that debuted at last year’s Detroit auto show gives an idea of what it will look like.

It was followed by the CrossBlue Coupe at the Los Angeles auto show in November. Now, the latest concept, called the Cross Coupe GTE and shown for the first time in Detroit, gives an even further indication of the design direction for Volkswagen’s future SUVs.

The Cross Coupe GTE previews a new design motif. It is more angular than before, yet retains the company’s hallmark understated look.

Meanwhile, the interior, influenced by the German Bauhaus movement, features pared-down controls on the center console and an appealingly wide-looking dashboard, two elements that you will see on future production models. 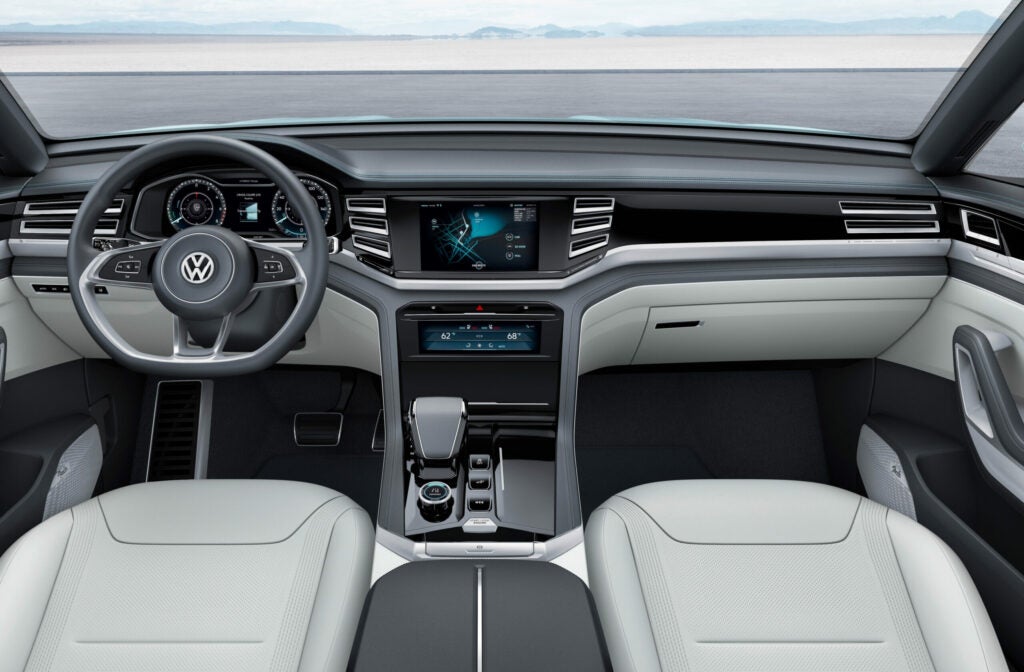 The Volkswagen Cross Coupe GTE also features gesture recognition, much like on the Volkswagen Golf R Touch concept that debuted at the Consumer Electronics Show in Las Vegas. But don’t expect to see such newfangled features in production immediately. Gesture controls are definitely on the way, but they will roll out gradually over the next five years or so, a spokesperson said.

The Cross Coupe GTE is smaller than the CrossBlue from last year’s Detroit show, with seating for five, instead of seven.

All three of Volkswagen’s SUV concepts are built on a new architecture that is modular, not only in terms of size — as illustrated by the varying sizes of the SUV concepts — but also in being able to accommodate a variety of drive systems, from conventional gasoline and diesel engines to fuel cells and plug-in hybrids.

The Volkswagen Cross Coupe GTE has the latter. Its gas-powered V6 engine and two electric motors produce 355 horsepower and get an estimated 70 mpg-e.

The Cross Coupe GTE can drive about 20 miles on battery power alone. Once the lithium-ion battery pack drains, it can be recharged by the gasoline engine while driving, or by plugging it in.

The gasoline engine only powers the front wheels. The rear wheels are driven by the electric motors.

Unlike the current Touareg, which is truly a rugged SUV capable of driving on rough terrain, the CrossBlue, Cross Coupe GTE, and CrossBlue Coupe are designed mostly for driving on-road, which is where most people keep their SUVs.