Harley’s first electric bicycle stands out with its retro style

The Serial 1 has a belt drive instead of a chain and leather accents to give it a motorcycle vibe. 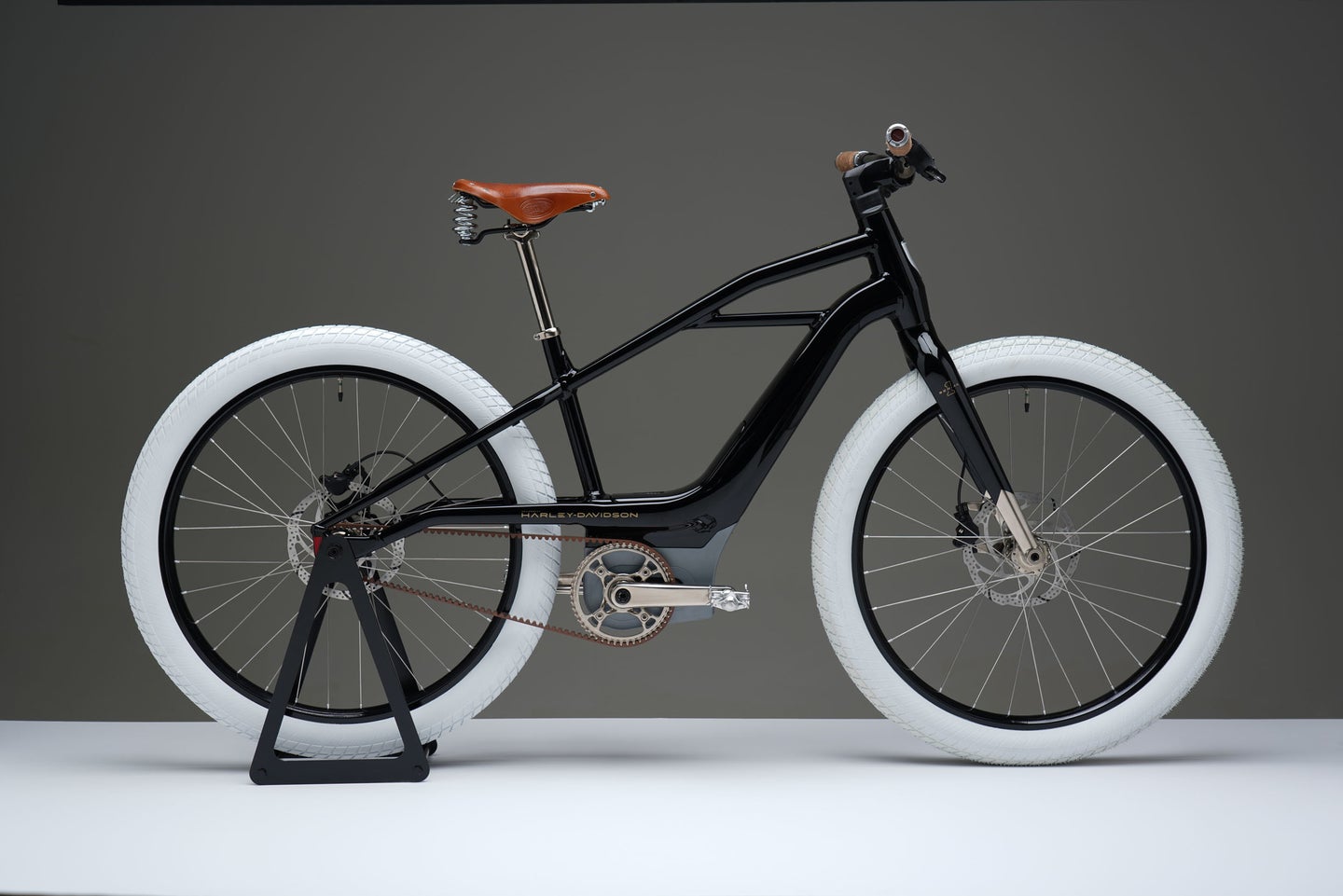 Serial 1 prototype eBicycle fashioned as a tribute to the original Harley-Davidson motorcycle known as ‘Serial Number One.’. Serial 1
SHARE

Harley’s electric motorcycle, the Live has been on the market for some time now, and its first official electric bicycle drops early next year. Serial 1 is division of Harley-Davidson dedicated to e-bikes and its first release is a tribute to the very first Harley created back in 1903. Instead of loading it with advanced features, Harley is leaning heavily on the bike’s throwback styling, and so far reactions have been extremely positive.

The bike itself has a battery built into the frame and an electric motor integrated around the crank and bottom bracket. The styling has quite a few subtle nods to its motorcycle roots. There’s a red brake light on either side of the rear wheel and an LED headlight integrated into the head tube at the front of the vehicle. Instead of a chain, it uses a belt drive for its single-speed drivetrain to look more like its moto siblings.

There’s no built-in suspension—both the frame and the fork are fully rigid. Two springs under the backside of the seat, however, should provide a little bit of squish during your ride. A pair of disc brakes handle stopping duties, which is fairly common on e-bikes at this point. The curved tubes mimic the geometry of the original 1903 Harley without adding a lot of unnecessary over-the-top accessories like a fake gas tank or other purely aesthetic add-ons. The wrapped leather grips are a nice touch.

We’re lacking some hard specs and a firm price at the moment, but the bike will be jumping into a relatively crowded market. All of the major bike manufacturers have been working on e-bikes for several generations now, while other auto manufacturers like Jeep have recently gotten into the market either on their own or as part of partnerships with other manufacturers.

Recently, Jeep partnered with a company called QuietKat to create a heavy-duty, fat-tire, full-suspension e-bike built to cover pretty much any terrain you want to throw at it—even snow. Motorcycle maker Ducati also has its own e-bike, but it takes the form of a much more traditional full-suspension mountain bike called the Mig RR built for riding trails. The Ducati is built for Enduro riding, which is a kind of mountain bike racing that happens in timed stages, which encompass both uphill pedaling and downhill shredding.

You’ll be able to buy a Serial 1 starting in March of next year, but if demand is strong, you may end up on a waitlist or need to hold out for Serial 2 to come down the line.