These little robots are venturing out of a university setting for the first time. 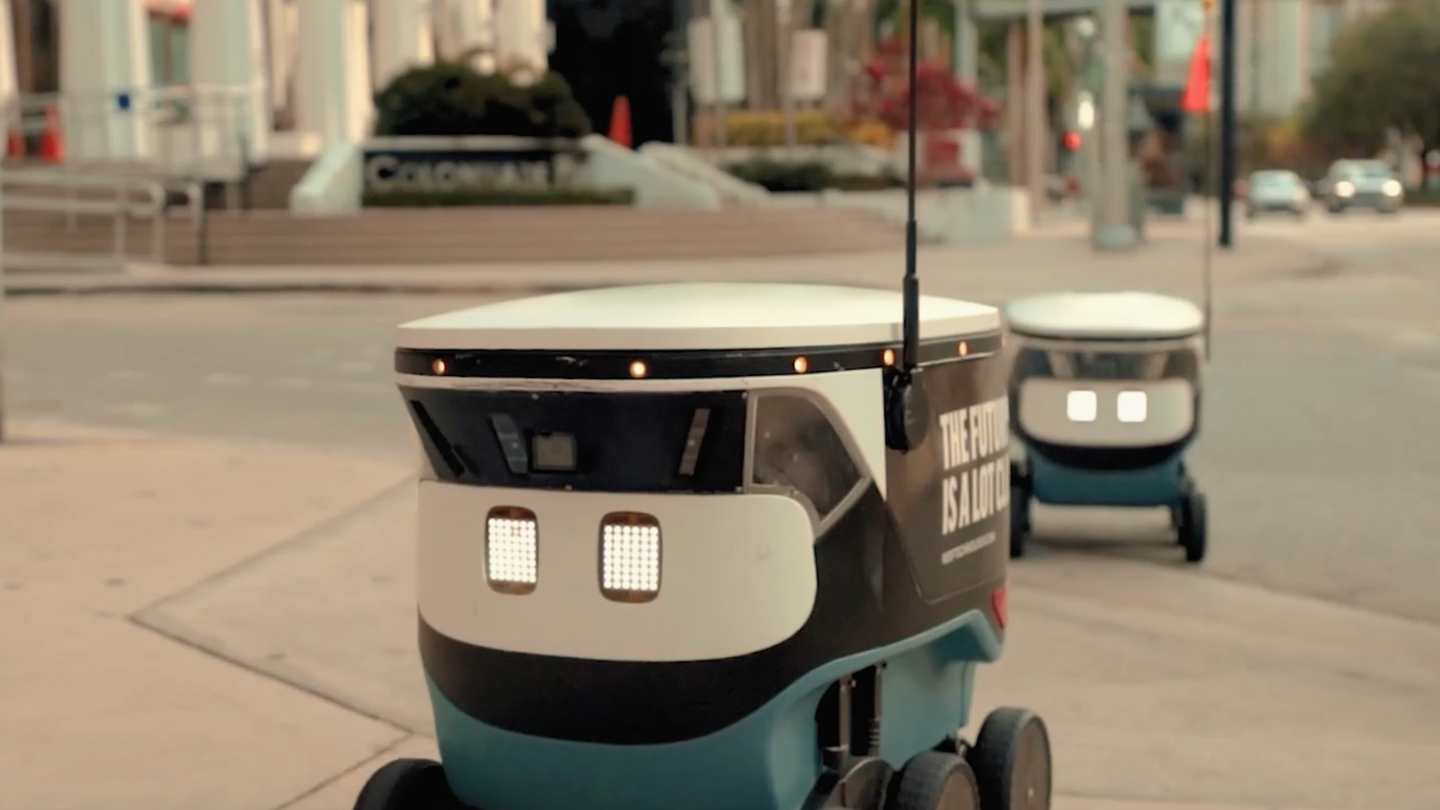 UberEats now can deliver via these little robots in Miami. Cartken
SHARE

On Thursday, Uber announced a partnership with the robotics manufacturer Cartken that will send a fleet of miniature self-driving robots into Miami, Florida. These little vehicles won’t be driving people though—just snacks.

Based in Oakland, California, and started by a team of former Google engineers, Cartken already deploys their automated, six-wheeled delivery vehicles delivering food and other small items across multiple college campuses. But as The Verge notes, Uber claims this will be the “first formal partnership with a global on-demand delivery app beyond” universities.

Cartken’s line of small, fully electric, automated delivery vehicles are manufactured by auto supplier Magna, and can carry around 24 pounds of items in its cargo storage. While they only clock in at speeds slightly slower than pedestrians, an embedded camera system allows the robots to maneuver around obstacles and adjust in real-time to the environment around them. Each Cartken robot can deliver within a several mile radius depending on battery change, which makes them ideal for relatively small areas such as school campuses and the Miami’s Dadeland commercial shopping complex, where they are making their UberEats debut on Thursday before potential expansions throughout the county and in other cities.

Uber has openly pursued automated driving and delivery services for years now, although the path towards accomplishing this goal has been anything but smooth. In 2018, a self-driving Uber car in Arizona struck and killed a pedestrian, putting at least a temporary halt to the company’s aims of fully automating fleets. Earlier this month, the company appears to have restarted the plans via the introduction of self-driving taxi options in Las Vegas alongside expansion plans for Los Angeles —although a human safety driver will still remain behind the wheel for the time being.

[Related: Study shows the impact of automation on worker pay.]

While potentially convenient for hungry consumers, the Uber-Cartken teamup belies wider industry aims of increased automation. A diminished need for human labor is directly related to cost efficient advances in artificial intelligence and robotics. Corporations such as Uber are literally banking on this automation to be cheaper and faster than its current employees. The Cartken fleet may be cute to look at roaming around sidewalks and campuses, but every additional robot is potentially one less delivery job for a gig economy worker already strapped for cash.

Earlier this year, Uber also announced a partnership with Nuro, makers of a much larger, street traveling autonomous vehicle capable of delivering roughly 24 bags of groceries at a time to customers in Houston, Texas, and Mountain View, California.