We Got Behind The Wheel Of Uber’s Self-Driving Car

You wouldn't even know a robot is driving

There’s a good chance Uber’s icon lives on your homescreen if you’ve ever hailed a ride with your smartphone. The unicorn-level startup is known for disrupting the taxi industry and verbifying the word “uber”–almost as much as for playing dirty, and less than ideal investors. But starting today, Uber can cross one more thing off its to-do list: getting its users into self-driving cars.

Last month Bloomberg reported that Uber would bring driverless cars to roads sometime this summer. With self-driving cars making their way to Pittsburgh roads today, many will first experience a driverless car through Uber. 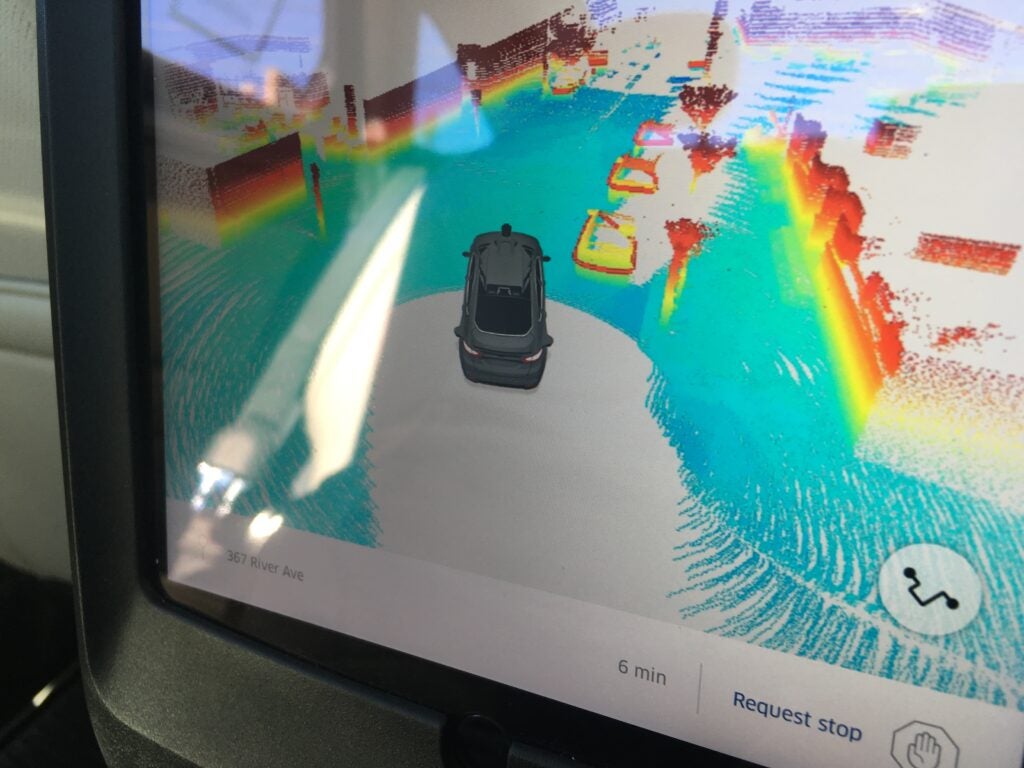 You’re able to see how Uber’s cars see the world, thanks to the tablet in the back of the car

Those entering one of Uber’s autonomous vehicles will easily notice a few differences. Most notable are the large, camera-laden rigs on the roof on the car (more on that later). Once inside the self-driving Uber, riders will notice an iPad in the back of the vehicle. This tablet view will let riders see how far they’ve traveled, if self-driving mode is turned on and when the car is braking or turning. A toggle on the bottom right lets you see a map view of your entire trip.

The screen in the back of the vehicle also lets you see what the car sees. As you travel, an infrared view of the world around you is shown prominently in the center. Options to make a stop along the way are also offered on the iPad.

Towards the front of the car is another iPad offering similar information for the driver (more on the driver later). And the icons near the steering wheel let the driver, and passengers with a view up front, see if autonomous mode is engaged or if the driver is actually driving. A green check with a white light next to it signifies autopilot mode. A lit-up blue light on the left means manual driving is taking place–all the way to the right is a faulty indicator light. Pray this light doesn’t come alive during your ride.

Uber’s worked hard on the driverless car tech its Volvo XC90 and Ford Fusion vehicles make use of. The company is mainly working with two types of setups at the moment. The first is a larger LIDAR rig that includes a bevy of cameras and sensors for the car to position itself in the world. The second is a smaller setup with the exact same capabilities–specific aspects of the hardware have either been better integrated into the car itself or removed altogether. “We think of [one] as the desktop computer and [the other] as the laptop,” said Eric Meyhofer, Uber ATC’s engineering lead. Meyhofer continued saying he hopes Uber can reveal the “smartphone” of driverless cars soon.

Going from the larger “desktop” driverless car hardware to the smaller “laptop” hardware took Uber four months. As the company gathers more data about what is actually useful to their driverless cars, and what can be shed, Uber can continue to make adjustments to their system. One resulting change between the old and new version is top speed: Uber’s larger autopilot system is 55 to 60 miles per hour, but the newer version achieves speeds that are much faster. “We can’t say how fast as of yet, because it’s not proven, but it definitely goes faster than 60 miles per hour,” Meyhofer said.

The best part of riding in the new vehicles, aside from the free ride on Uber, is the self-driving car mode. It’s important to note that while the car is automated, it technically won’t be driverless. An Uber driver will be sitting in the driver’s seat with another Uber employee by their side taking notes. Uber will use these notes to index any interesting occurrences and feed the data back into their driverless car software.

Sitting in the driver’s seat, front and center, in an autonomous vehicle is nothing short of impressive. After toggling the giant, red, Men In Black-style button, drivers can engage autopilot mode. A tone rings when you’ve switched from manual to autonomous mode and vice versa. To exit self-piloting mode, drivers have to simply turn the wheel or push the brake or accelerator pedals. Even moving these slightly will completely turn off autonomy.

In no time at all I learned to keep my hands and feet away from the pedals, in hopes of not disabling autonomous mode, and even began using my phone and doing other tasks during the ride. But most Uber users will never experience this. For now, the backseat is where most Uber-hailers will reside while the driverless car carries out the intended route. From back there, the trip is largely the same. Perhaps a bit safer: the car will only go the speed limit, make safe turns and engage in other sensible behavior. Don’t expect to bob and weave through traffic if you’re in a rush. Uber drivers are trained to have their hands near the wheel at all times, however. And are able to toggle manual mode when necessary. 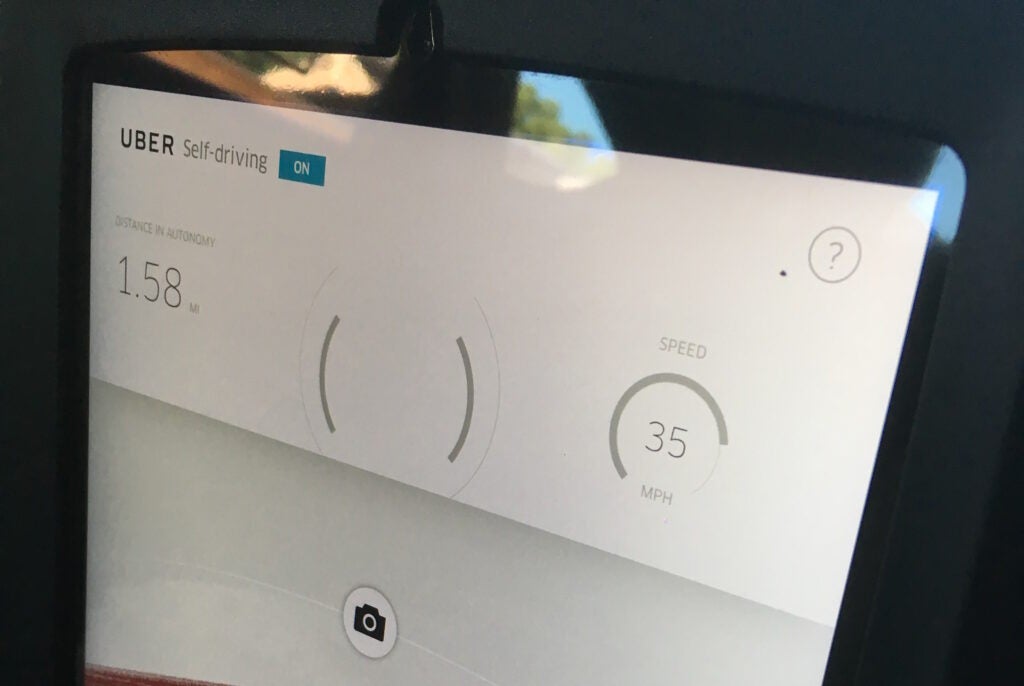 How Do I Try Uber’s Autonomous Car?

At the moment, you can’t! Unless you live in Pittsburgh. And even if you do, Pittsburgh-residing passengers allowed to partake in the driverless car action are chosen at random. Uber hasn’t said how many autonomous vehicles it will send out onto the roads, how long other cities will have to wait, or when driverless Ubers will be exactly that–completely unmanned vehicles. Until then, riders outside of Pittsburgh can indulge in thoughts of a driverless future, letting Uber take the wheel.