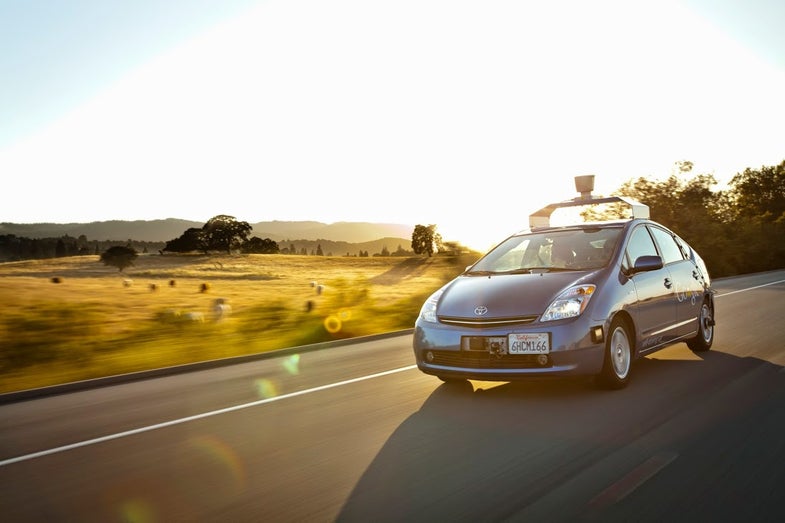 The Toyota Motor Company has been conspicuously absent from most of the buzz surrounding self-driving cars in recent years (not counting Google’s fleet of modified, self-driving Toyota Priuses). That’s for good reason—it doesn’t totally believe in them. Toyota has indicated all along that it would be focusing its efforts on advanced driver-assistance, rather than taking the wheel completely.

So when Toyota announced earlier today that it was investing $50 million in a joint effort with Stanford University and MIT to broaden artificial intelligence technology in cars, it made complete sense.

The company, which perhaps surprisingly owns the most patents related to autonomous driving among Japanese carmakers (according to a recent report at patent-tracking blog IPWatchdog.com), says this strategy will preserve the fun of driving while improving mobility and minimizing accidents, even to the point that a Toyota car with AI onboard is virtually crash-proof.

As researcher Daniela Rus, Ph.D, who will lead MIT’s work, said in a statement: “Our team will collaborate with Stanford and Toyota to develop advanced architectures that allow cars to better perceive and navigate their surroundings in order to make safe driving decisions. These efforts will play a major role in helping reduce traffic casualties, and potentially even helping us develop a vehicle incapable of getting into a collision.”

At a press conference in Palo Alto this morning, the company discussed the strategy and introduced the effort’s new director, Gill Pratt, Ph.D, a former program manager at the Defense Advanced Research Projects Agency (DARPA) and leader of its recent Robotics Challenge. Instead of taking the responsibility of driving away from the occupant, Pratt said, it will instead act as a watchdog that will intervene only when necessary, based on the driver’s preferences or capabilities. And it will strive to make drivers better—whether they’re young and distracted or older and not quite as fast on their feet.

“[We’ll be] improving the ability of intelligent vehicle technologies to recognize objects around the vehicle in diverse environments, provide elevated judgment of surrounding conditions, and safely collaborate with vehicle occupants, other vehicles, and pedestrians,” Pratt said. Interventions could help drivers react better to quickly unfolding emergencies to avoid accidents, manage complex driving scenarios, or even simply stay in their lane without drifting.

The $50 million will be spent over the next five years to establish research centers at each of the participating institutions, and the work will have far-reaching interests, from understanding environments and vehicle dynamics to driver behavior. “We’re not just looking at people walking on the street around the car, but also driver distraction, the gadgets we’re using, and general ways and reasons drivers do things,” said Stanford professor Fei-Fei Li, Ph.D. “We’ll be analyzing and understanding this behavior.”

Additionally, researchers will work to make the interventions seamless and unobtrusive—hence the pursuit of artificial intelligence, rather than mere driving capability. “We want the AI system to securely monitor the drive and offer assistance to the drivers,” Rus says. “It shouldn’t distract the drivers by doing something that is unexpected, making the driver wonder what’s happening. But it has to help in case the driver needs assistance. That’s the autonomous driving that Toyota considers best.”

Carmakers have traditionally focused on environmental sensing and situational awareness on the fly in their autonomous programs—Tesla, Google, Mercedes, Audi, Volkswagen, and others are all deep into these efforts. But stepping even further back to intelligently grasp situations holistically and provide the best options for individual drivers could promise even greater appeal for those unwilling to give up complete control over the wheel.