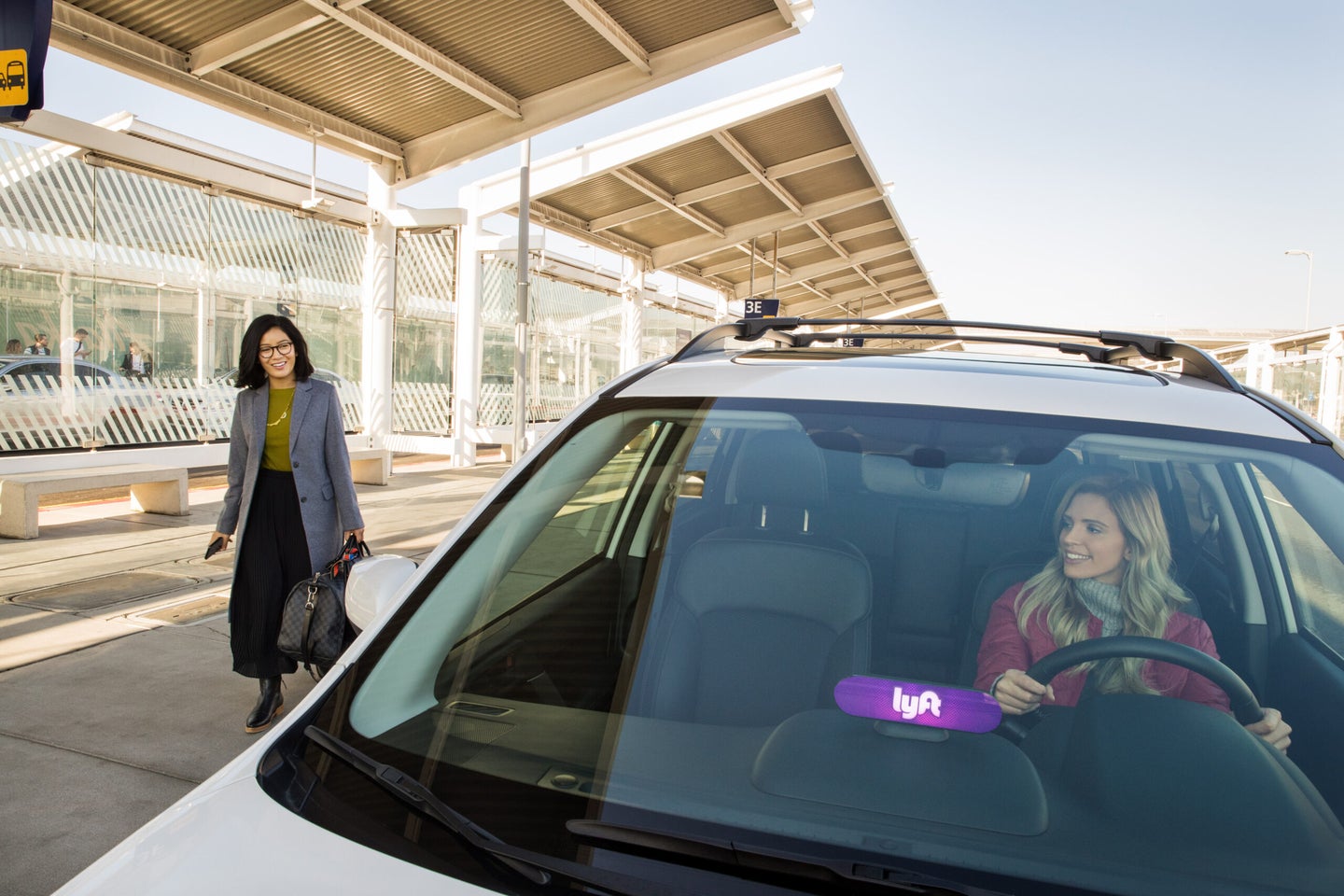 On Wednesday, Logan Green, the CEO of Lyft, said that was the future for his company. “We are going to move the entire [car] industry from one based on ownership, to one based on subscription,” he said. For example, Green added that a subscription to Lyft could cost something along the lines of $200, which gets you 1,000 miles of traveling around. “You rely on the Lyft network for all your transportation needs,” he said.

It’s worth noting that for Lyft, the idea is hypothetical. A Lyft representative pointed out that a subscription option (for either an unlimited amount of travel, or a fixed number of rides) could coexist with the traditional way of buying a ride—all of this is at some point in the future.

But the key to making the subscription model possible? Self-driving cars, Green said.

Fleets of self-driving vehicles interest companies in this space financially for a simple reason: there’s no driver to pay if the car has no human pilot. For outfits that sell transportation as a service, like Uber and Lyft, there is “a dramatic reduction in the cost per mile with the introduction of autonomous vehicles,” says David Keith, an assistant professor of system dynamics at MIT’s Sloan School of Management. Beyond not having to pay the driver, he adds, “If cars can drive themselves to pick up customers, there’s a belief that cars can be used more intensively, to really drive down the cost per mile.”

Lyft took another step towards its no-driver-required goal yesterday when it announced, at the media event where Green spoke about the subscription model of ride-hailing, that it is partnering with Magna, a large automobile component company. Magna is what’s known in the automotive industry as a “tier one” manufacturer—they make components, like all-wheel drive systems, and mirrors, that go in vehicles, and even manufacture entire vehicles in Austria. The idea behind the partnership is that Lyft will develop the software and hardware for self-driving cars, while Magna will actually make the components. Of course, Lyft would love for that technology to then be installed in the cars that automakers create, and for those autonomous vehicles to be a part of Lyft’s network.

Lyft has already partnered with other companies in this field, like nuTonomy, and opened up its own engineering center to work on autonomous technology. Uber has taken a different tactic. Its Advanced Technologies Group has rolled out cars that can steer themselves on the road in Pittsburgh and Phoenix; they pick up customers if the conditions are right.

For someone who takes a lot of Uber or Lyft rides, subscribing to one of them could make sense. But there’s an incentive for the platform itself to offer that option, too. Right now, anyone who has both the Uber and Lyft apps on their phone can easily choose between the two services, and compare how long each will take them to get where they need to go, and how much it will cost. Picking the faster, cheaper one is quick—unlike, say, changing which cell phone plan you use.

“Lyft wants me to be a dedicated Lyft user,” Keith says, which they could create by offering those subscription plans. “In terms of a way of capturing customers to stay on their platform, you can see what the attraction for the platform operator is.”

Of course, self-driving cars are key in the subscription equation, and Uber and Lyft are far from being the only companies at work in the field. Take General Motors, for example—they’re touting a vehicle called the Cruise AV, a car so confidently self-driving that it does not even have pedals or a steering wheel. GM intends that vehicle to be part of a taxi-like fleet that people could hail, just like an Uber. And then there’s Waymo, which has an “early rider” program for people who want to use their self-driving cars to get from place to place in the Phoenix area, and plans to open an autonomous taxi service there for the general public sometime this year, too.

Ultimately, what companies like Lyft would love is for people to use their service instead of owning a car. After all, people don’t really buy CDs anymore—they buy the right to stream their music. The same could happen with mobility. “This a shift from a product-based business to a service-based business,” Keith says.

Update on March 16: Lyft confirmed on Friday that it has already been offering subscription plans for its human-driven cars. “For the past few months, we’ve been testing a variety of All-Access Plans for Lyft passengers,” a Lyft spokesperson said by email. In one case, Lyft offered a plan priced at $199 for 30 rides in 30 days, as long as the trips are below $15.