Robotic food delivery is rolling into the United States in February

Will the Starship bot be the future of takeout? 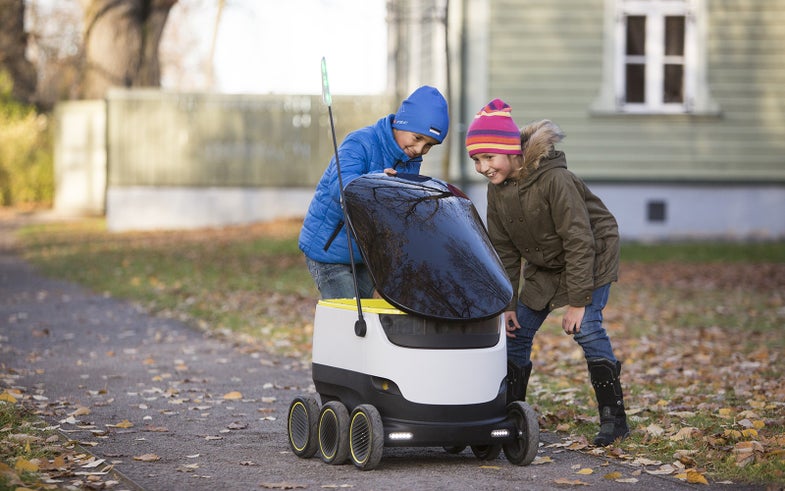 The customer can open the storage compartment of a Starship bot via a specific mobile app. Starship Technologies
SHARE

Starship Technologies, co-founded by Ahti Heinla and Janus Friis of Skype fame, raised $17.2 million in January to build a fleet of six-wheeled delivery robots. More feasible for large-scale rollouts than drones, these delivery bots are scheduled to have their American debut in Washington, D.C. and Redwood City, California in early February.

On test day, the Starship company will have an employee walking behind the bot—which is basically a secured container box rolling along at 4 mph—to deal with unexpected incidents and too-curious pedestrians, according to CNN Money. For the lucky crowds who are going to live-tweet this scene, the spectacle may bear resemblance to a parent following their toddler as it learns how to walk, the parent ready to save the little tyke from tripping and crying. 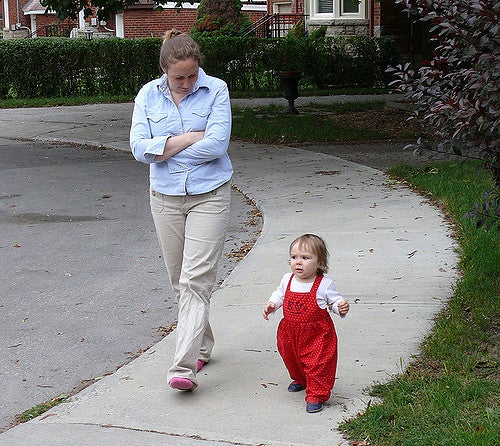 Mom with her walking baby

Will a robot learning its route to your doorsteps be cuter than this toddler?

The company’s first two U.S. customers will be Postmates and DoorDash, but their product is already pretty street savvy. The Starship baby has already been tested in the U.K., Germany, and Switzerland, where it has delivered food orders, groceries, and parcels. As of November 2016, the bot had over 12,000 miles under its belt (or under its wheels, if you will).

Despite its 4 mph speed, the robot actually sounds pretty high-tech, according to an Ars Technica story from late 2016. It has “nine cameras, a 360-degree ultrasonic sensor array, and an Nvidia Tegra K1 processor” to take in its surroundings, map the environment and avoid obstacles. And its navigation system is reportedly more precise (by 1.5 meters) than “the best non-military GPS receivers” out there. 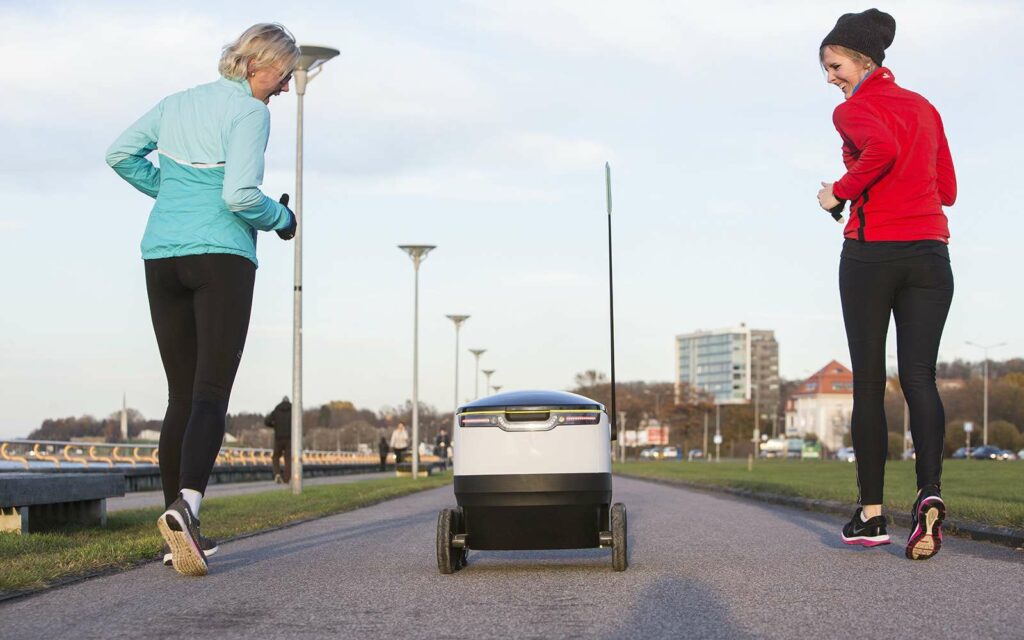 If you are in D.C. or Redwood City, you may run into a Starship delivery robot on an urban jogging trip—and easily outrun it.

DRU weighs 419 lbs. Starship? 35 lbs. But DRU’s extra heft helps give it more power, allowing it to zip along at a cool 12 mph—three times faster than Starship.

Ubiquitous robot delivery is probably a long way off. Starship’s current robots can only carry 20 pound loads within a 3-mile radius. As Postmates’ senior vice president of business Holger Luedorf put it, the upcoming test is part of a learning process. The company will analyze data like delivery time, delivery quality rated by customers, and feedback from merchants to determine whether they want to pursue this ground-based robot delivery strategy on a grander scale.

Customers won’t be asked to shell out extra for the privilege of a robotic delivery—at least for now. “We are treating these robots just like any other Postmates carrier,” Luedorf says.