You probably won’t own a self-driving car, but you’ll ride in them a lot

Uber, Lyft, and others want self-driving cars in city centers—but only if they operate as a fleet. 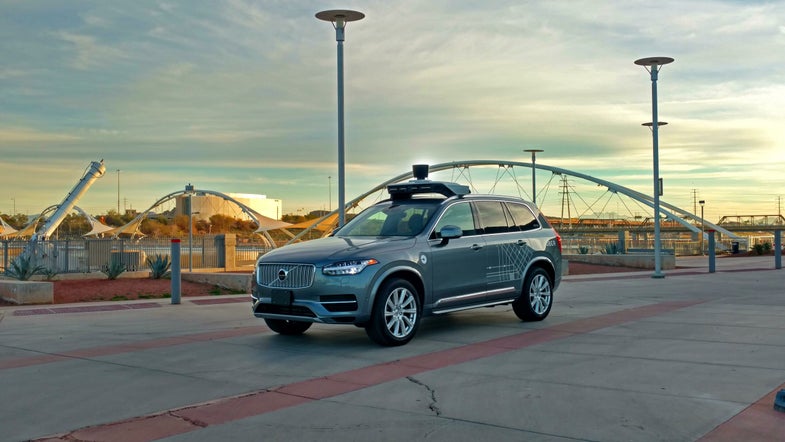 The autonomous car revolution is coming—and in the near future, you’ll most likely ride in one if it is part of a fleet of cars operated by a company. Already, Uber offers trips in self-driving cars throughout Pittsburgh and Phoenix, and Lyft has teamed up with firms like drive.ai and nuTonomy to focus on autonomous vehicles. Meanwhile, Fiat Chrysler recently announced it would provide “thousands” of minivans to Waymo as part of a “driverless ride-hailing service.” Cruise, an automation company acquired by GM, has even revealed a next-gen car that lacks a steering wheel and pedals—a vehicle also intended to be part of a ride-hailing fleet.

And today, a coalition of companies—including Lyft, Uber, and Zipcar—officially announced that they were signing on to a 10-point set of “shared mobility principles for livable cities“—in other words, industry goals for making city transit infrastructure as pleasant, equitable, and clean as possible. Some of the 10 statements, like “we support people over vehicles,” are vague but positive. But the final one speaks loudly about what city roads of the future could look like: “that autonomous vehicles (AVs) in dense urban areas should be operated only in shared fleets.”

“We definitely do envision a future where the vast majority of autonomous vehicle rides will be done as part of a shared network,” Joseph Okpaku, vice president for government relations at Lyft, said during a conference call on Wednesday. “We think that’s the best way to realize all the benefits that an autonomous future can bring.”

The principle, experts say, is self-serving for companies who already look to dominate auto transit in major cities. But it’s also likely a smart strategy to attempt to limit energy use and ease urban congestion in a future with roads dotted with self-driving cars.

Great idea, companies that stand to profit from it!

It’s a “very convenient” idea for the companies who are promoting it, says Don MacKenzie, an assistant professor of civil and environmental engineering at the University of Washington. “It is basically [tying] the success of these companies to the adoption of autonomous vehicles,” he says. In other words, putting this principle in action means that “if people want the benefits of AVs, they can only get that by using shared fleets.” (Worth noting that the concept only applies to dense urban areas.)

And Michael Manville, an assistant professor of urban planning at UCLA Luskin School of Public Affairs, echoes that thought. “If you were Uber and Lyft, of course this is what you would embrace, right?” he asks. “If you think the car of the future is coming, and you are in that business, it’s not surprising that you would embrace principles that suggest that the new car should only be used in a manner consistent with your business model.”

The principle is blunt and vague, too, MacKenzie says. It also raises a lot questions: could an autonomous car be allowed in a dense urban area, just with the software switched off and a human driver behind the wheel? Where would you draw a line in a city and prohibit privately-owned autonomous vehicles from traveling? Would people have their own self-driving cars drop them at the line, and then return home on their own?

They do have a good point though

The kind of autonomy that these companies are speaking about is different from (and higher than) vehicles with some level of assistance baked into them, from Tesla’s autopilot to more common features like adaptive cruise control. (Here’s a great explainer on the different levels, from zero to five, of vehicle automation.)

And experts say that in an uncertain future filled with more cars that can pilot themselves most of the time—referred to as level 4—the shared fleet idea has a clear appeal. “A lot of their benefits will hinge on them being shared,” Manville says. “There is a sustainability-based logic to saying that the benefits of these coming revolutions in automobility will be larger if the cars that come are more shared than privately-owned.”

Using autonomous vehicles only in shared fleets could consume less energy and be better for the environment. “We would expect that [in] the shared-fleet future,” MacKenzie says, “there’s less travel than the privately-owned AV future.” That’s because owning an autonomous vehicle could make it very cheap and convenient to take a trip, while buying that trip from a ride-hailing service would be more expensive. That, and there’s a greater chance that the company car is shared with other passengers.

In other words, the future might just be hailed, not owned.