Using a battery-powered garbage truck to collect trash in a city like New York is not a stinky idea. 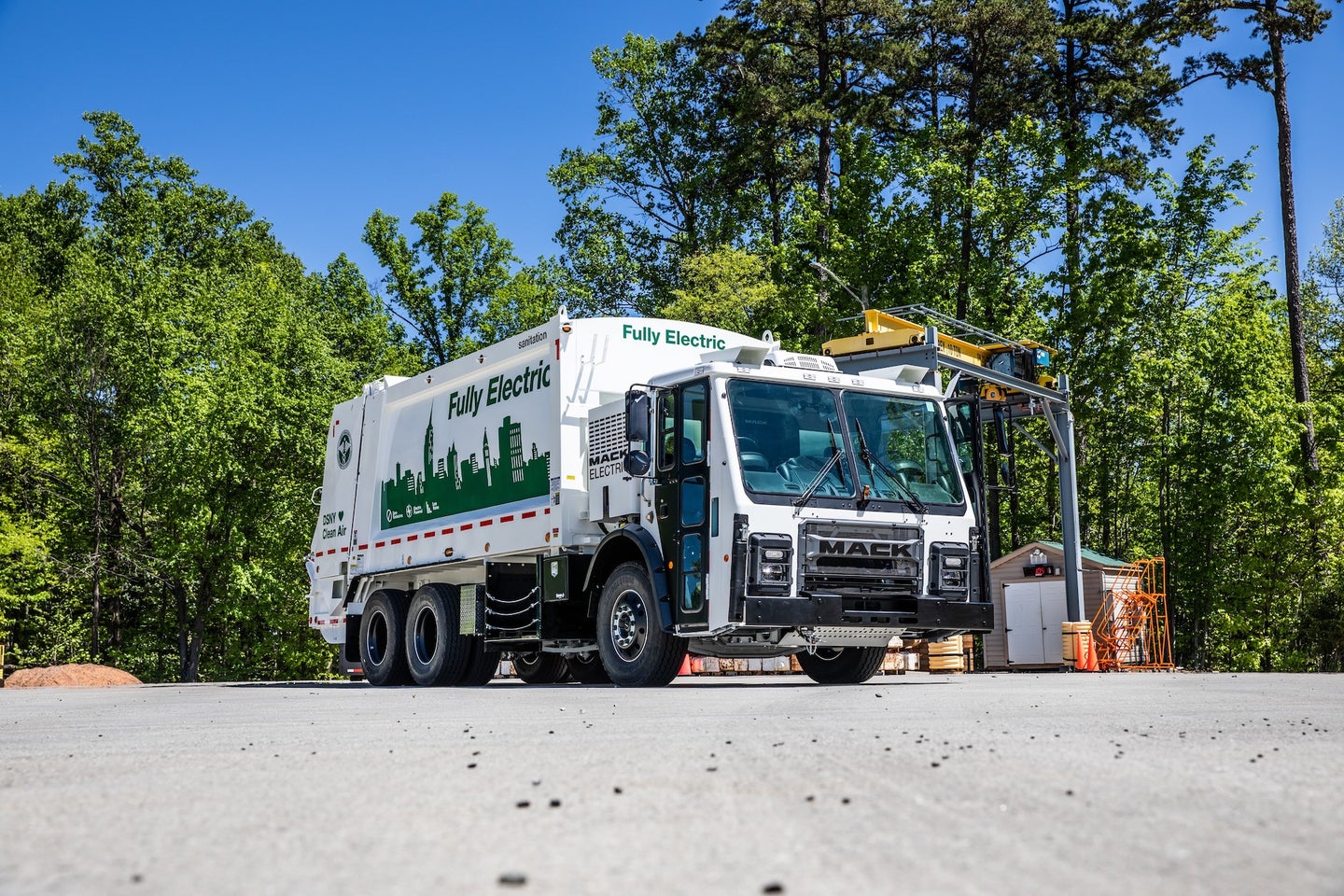 It’s easy to think about electric vehicles as just small, zippy rides like a Tesla or a Mustang Mach E. But that’s not always the case, of course. Vehicles like the new Ford F-150 Lightning pickup truck represent a beefier type of electric conveyance, and one of the beefiest ones on the block are huge electric garbage trucks from Mack.

The New York City Department of Sanitation acquired a Mack electric garbage truck in 2020 as a test vehicle, and now is planning on ordering seven more. They could quietly cruise down streets in Manhattan, the Bronx, and other boroughs by 2023.

Here’s what to know about how these super-heavy electric garbage trucks work, and why electrifying refuse vehicles in cities like New York isn’t a stinky idea.

Refuse is a good fit for an electric truck

Anyone who’s ever pondered a long drive in an electric vehicle has worried about charging it, but the rhythms of waste collection mean that’s less of an issue.

“Range is always a concern with any electric vehicle, but the nice thing about refuse vehicles is they’re generally running regular, predictable routes,” says Scott Barraclough, a product manager at Mack Trucks. That pattern lends itself well to charging, because “they’re home every night at the same location.”

[Related: Electric vehicles are only one part of sustainable transit]

Plus, the start-and-stop nature of neighborhood garbage collection helps, too. “It’s a 50-yard dash, 800 [or] 1,000 times per day,” Barraclough adds, meaning that “you have a lot of opportunity for regenerative braking.” In that case, the dynamic motion of the truck slowing down helps charge the batteries.

How do these electric Mack trucks work?

The truck relies on four Lithium NMC (nickel manganese cobalt) batteries. Those batteries send their juice to two electric motors, which connect to a transmission. The two-speed transmission turns a drive shaft, which goes back to a rear axle to power the wheels. Those motors can produce 448 horsepower and 4,051 lb-ft of torque. “Feedback we’re getting from the operators is that they really like the trucks,” Barraclough says, describing the vehicles as “peppy.”

The regenerative braking function can be switched off, or placed on high or low. When it’s engaged, the driver will notice it kick in when they take their foot off the accelerator. “As soon as you let off, you feel that sense that you’re being pulled back a little bit automatically,” says Greg Gentle, who leads this electric vehicle project at Mack. The motors that usually power the truck become like generators, feeding power back to the batteries. The upshot is that it’s gentler on the truck’s overworked brakes.

Mack makes the truck’s chassis, but the body up top—the part that squashes the garbage and stores it—comes from one of three different companies and connects to the vehicle’s frame.

They’re quiet enough for a conversation

“It did all of the above—it was very reliable,” says DiRico. “The guys love it, because it’s like a Tesla. The truck is quiet.”

On the hectic, loud streets of New York City, that makes it easier for the operators in there to talk with one another. In fact, it’s quiet enough that DSNY installed an artificial noise maker on it for public safety, in a city where pedestrians are all too likely to be immersed in their phones.

“The fact that it’s so quiet—that’s a bonus,” he says; the main reason for employing it is that it has zero tailpipe emissions. Another perk has been that the “brake wear is near nothing,” DiRico says, thanks to the regenerative braking.

The vehicle they have been testing is slated to go back to Mack this fall. That’s because while the truck has done the garbage collection just fine—a 6-to-8-hour garbage collection route drained its battery by approximately 50 percent—the DSNY collection trucks also have to pull double-duty and act as plows in the winter during a 12-hour shift. “The battery size isn’t quite large enough for us to plow,” DiRico says. “When you’re pushing snow, the battery’s going to be tortured.” Mack, he says, will examine the issue and then return it to DSNY.

Regardless, DiRico still plans on ordering seven new vehicles, one for each sanitation zone in the city. (Those zones are the five boroughs of New York—the Bronx, Brooklyn, Queens, Staten Island, and Manhattan—with both Brooklyn and Queens divided into two portions.) They’ll each charge at night in their own districts. “I need to put one in every zone to make sure it can handle all of those different variables—and then plow snow,” he says. He thinks they might be on city streets in 2023.

Despite the additional testing the trucks need for issues like the plowing, DiRico says the bigger concern on his mind is the infrastructure required to charge these big machines. “The fact of the matter is, I don’t think the truck is going to be the issue—I think the truck is perfect,” DiRico reflects. “The infrastructure—the voltage and the amperage required to charge them in large quantities in my districts—that’s going to be a heavy load for the utilities, and I’m more concerned about that than I am about the ability of the truck to do the job.”