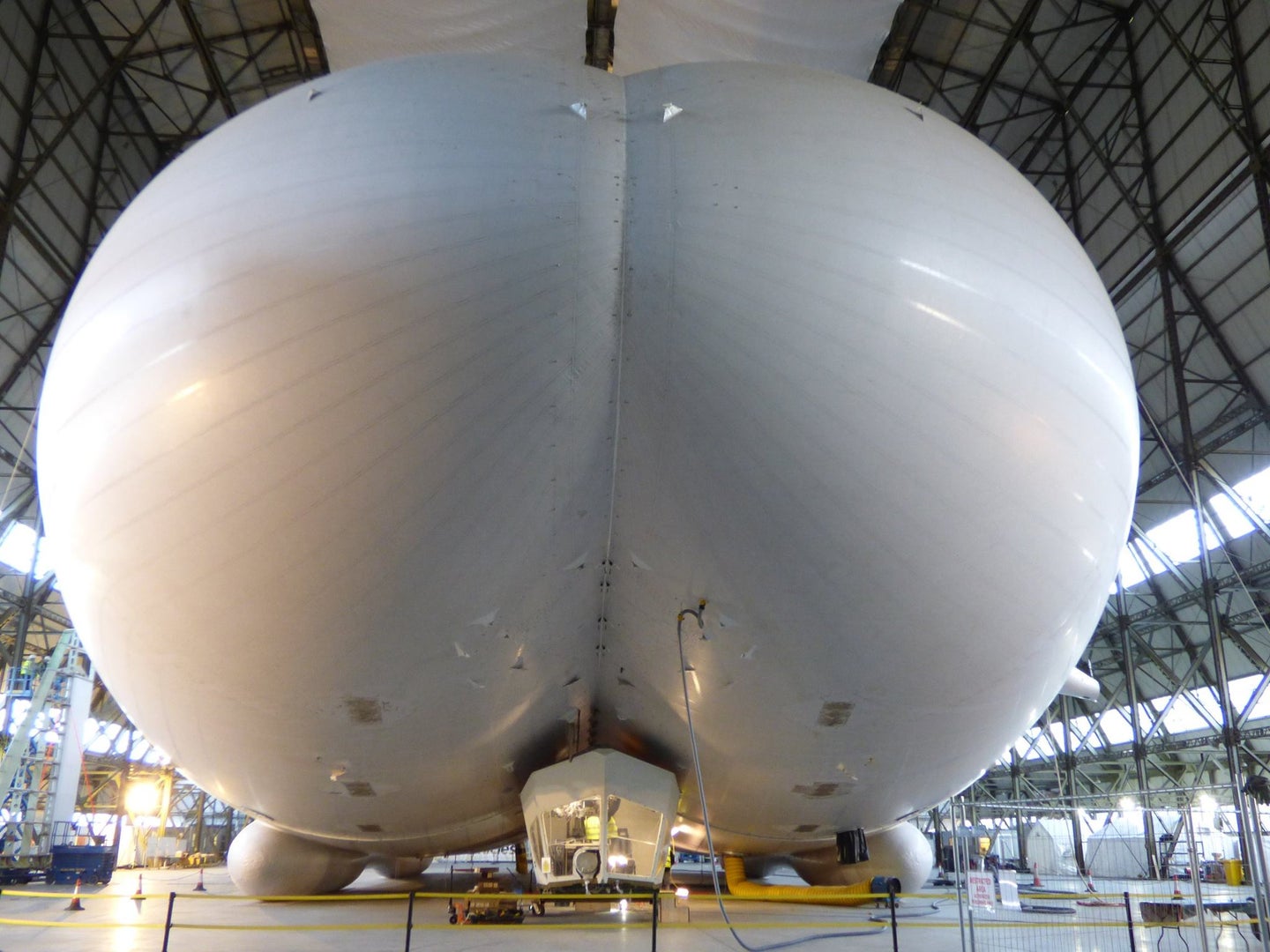 The Airlander is a ponderous, bulbous giant. Made by Hybrid Air Vehicles, the airship began life as a military project, a long-lasting spy plane hovering over battlefields for weeks. When it was canceled in 2013, the dreams of a modern zeppelin rival seemed to go with it. Improbably, a crowdfunding campaign brought it back to life, and now, after months of preparation, the Airlander is about to take to the sky again.

Well, after it takes its time leaving the hangar first.

At 302 feet in length, the Airlander is the world’s longest aircraft. Borrowing design features from both blimps and zeppelins, it isn’t quite either–hence the “hybrid” in its name. With more rigid structure than a soft blimp, but less rigidity than the cigar-shaped dirigibles of ages past, the hybrid airship is light and aerodynamic, using lift as well as buoyant gasses to stay afloat in the sky. It is designed to carry up to 10 tonnes of cargo, and can stay airborne for up to five days with a human crew on board.

While it’s not terribly fast compared to other cargo aircraft, its top speed of around 90 mph is much faster than cargo ships, and the ability to fly anywhere and carry loads of stuff with it could make it a good shipping solution to otherwise inaccessible parts of the world, like extremely rural Canada.

The Airlander’s first flight since it changed from a military to a civilian project is coming up soon. This past weekend, it was gently floated outside its hangar. After the airship undergoes a series of checks while tethered to a mast–which could take days or weeks–it will be set free into the sky.

Assuming the first flight goes well, this could be the dawn of a second age of airships.

Update: this post originally misstated the amount of weight the airship can carry. It has since been corrected.