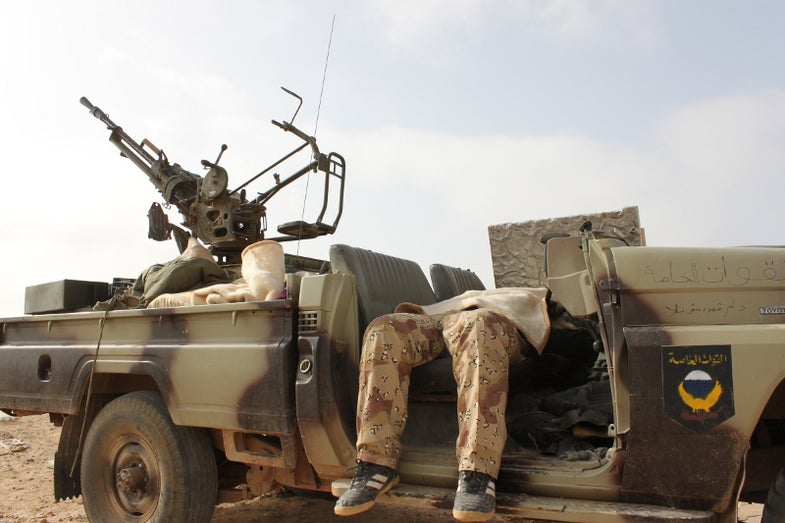 No other country in the world spends $600 billion on its military. The Pentagon, giant hub of the most advanced and most expensive war-fighting apparatus ever known, spends a lot of money on new, advanced, and expensive vehicles, from stealth fighters to stealth bombers to bomb-resistant troop carriers to aircraft carriers. Yet what if there was a versatile, flexible weapon of war, used the world over, that combines discretion with horsepower?

Technically, there is, and U.S. Special Operations Command (SOCOM) is about to test them out.

SOCOM is ordering Toyota and Ford SUVs and trucks, with options to improve their armor and add-on other features that turn the civilian vehicles into covert military machines. Known collectively as “technicals,” civilian vehicles converted for war use are so common there’s even a Twitter account documenting them under the name “Toyota Wars.”

SOCOM’s current deal is with Ohio’s Battelle Memorial Institute to modify up to “556 vehicles — 396 armored and 160 unarmored” over five years, according to Military Aerospace, for a total payout of up to $170 million. At roughly $300,000 apiece, that makes the vehicles about half the cost of the heavy, IED-resistant MRAP troop carriers sent to Iraq and Afghanistan. Unlike MRAPs, however, converted trucks have one modest edge: until the shooting starts, they don’t stand out as explicitly military vehicles, which is an advantage special operations forces are likely to use to their advantage.

While adapting Toyotas to war may be new to the United States, they’ve shown up in wars across the globe, as any available weapons get attached to any available vehicles. Sudan’s Military Industry Corporation even specifically makes gun-carrying trucks for sale and export.

While America’s military is better known for its high-tech weapons, it looks like special operations forces are, at least, entering the pickup truck era of warfare.