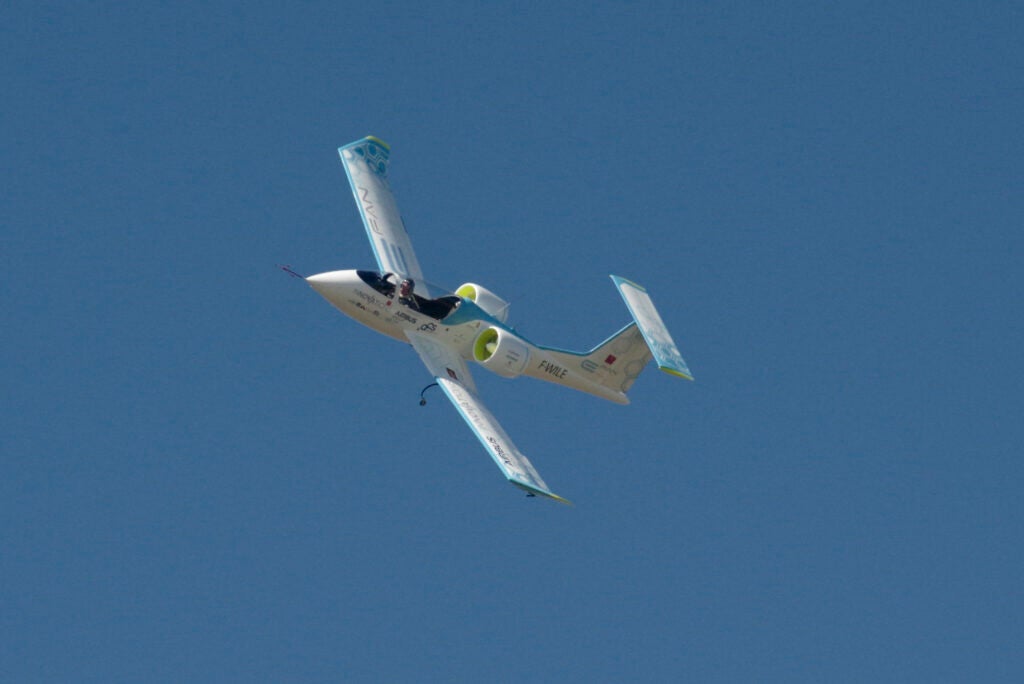 Six years after the Wright Brothers’ first flight, Frenchman Louis Blériot became the first person to fly across the English Channel in an airplane. This week, three highly modern airplanes attempted the same feat, for a much smaller place in history: Which would be the first fully electric two-engined airplane to make the leap from Europe to the isle of Great Britain? As of this afternoon, it appears at least two planes crossed successfully, but there’s now a dispute over which was first.

The Airbus E-Fan looks like the tiny, electric-smartcar version of an A-10 fighter. Powered only by batteries, it has two fans situated behind the cockpit, promising up to 45 minutes of flight time with a top speed of 137 mph. Today, the E-Fan cross the channel in about 40 minutes. Here’s a gif of it landing in England:

There’s a good chance that the E-Fan’s channel crossing may be less historic than thought. Last night, pilot Hugues Duwal appeared to cross the channel in a tiny Columban Cri-Cri. It’s name comes from French for “cricket”, and it is an unbelievably tiny airplane. If the E-Fan is a Smart Car, the Cri-Cri designed in the 1970s, resembles nothing so much as a Peel Trident, the world’s second-smallest car. The Cri-Cri is a half-sized cockpit put into the middle of a quarter-scale plane, with two small engines powering propellers that stick out in front of the cockpit like catfish whiskers. The wingspan is just 16 feet, so flying the whole plane is like wearing giant wings. If Duwal’s flight was indeed successful, and his CriCri was indeed an electric one and not the two-stroke engines common to Cri-Cris, then he may have under the cover of darkness snuck past Airbus and into the history books, or at least the books of minor aviation feats.

Hilariously, a third electric plane was also supposed to cross the channel this week. The Pipistrel Alpha Electro (actual prototype name: WATTsUP) was supposed to cross the channel on Wednesday, but Siemens, who provided the engine to the Electro, recalled it, claiming that the engine wasn’t approved for over-water flight. In what can only be an unrelated matter, Siemens also provided the engines for the E-Fan.

While this is absurd theatrics for a minor first, it’s a promising sign for the future of electric aviation, and hearkens back to the early days of human flight, with multiple claims of firsts. Fortunately, when it comes to firsts in flight, there’s only one Wright answer.