The NYPD’s fleet has its first electric vehicle 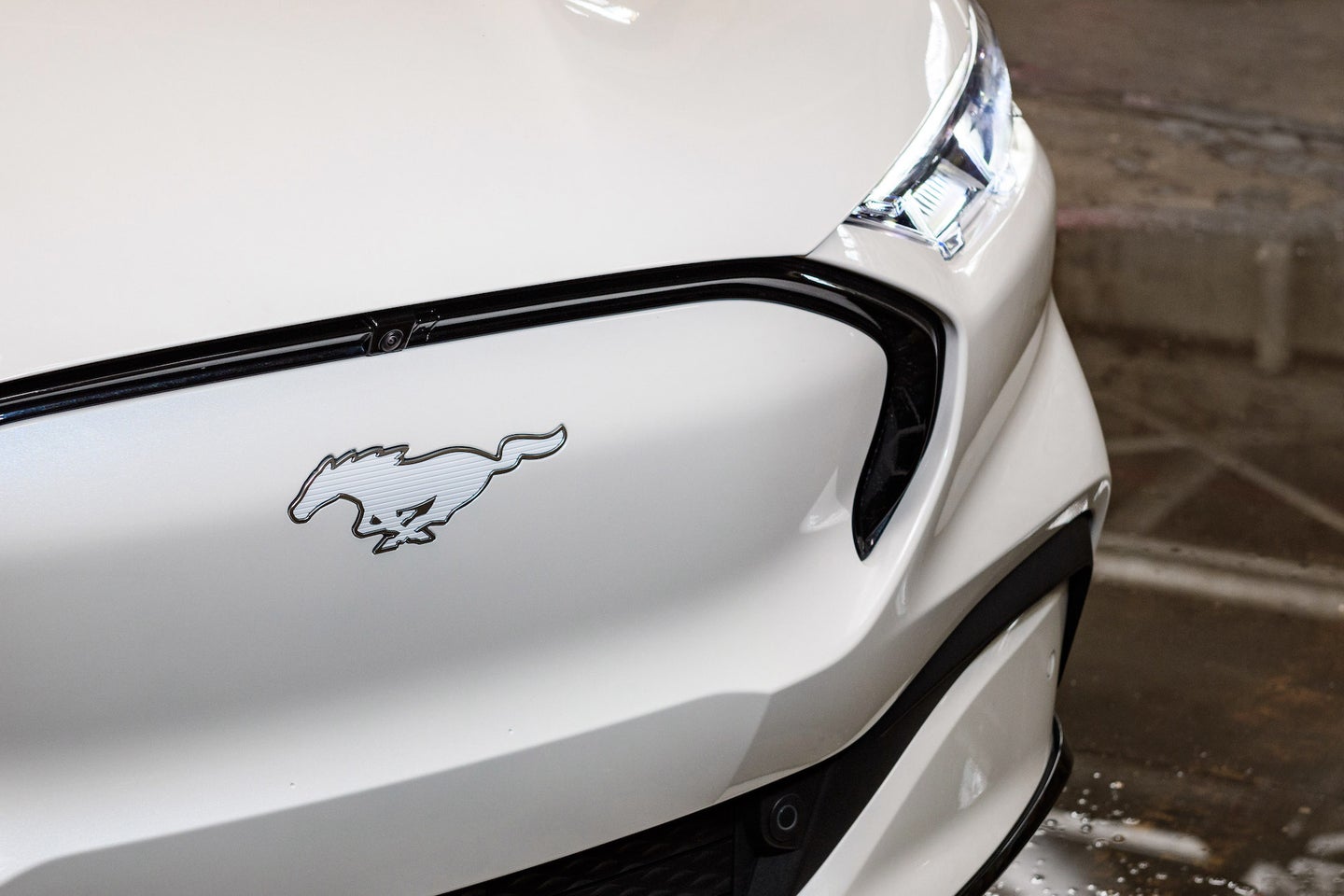 The 2022 Mustang Mach-E from Ford in "Ice White". Ford
SHARE

New York City aims to be a carbon-neutral metropolis by 2050, and as part of that goal, the city would like its fleet of vehicles to be all-electric by 2035. The Department of Sanitation has tried out an electric garbage truck, for example, and the city also announced late last year that it was ordering 184 new Ford Mustang Mach-E GT electric crossovers for its police force and other city departments. On April 15, the NYPD revealed one of them at the Javits Center, at the New York International Auto Show.

New EV chargers are being installed at precincts around the city, and the cars will enter rotation this summer. The city has also approved the acquisition of an additional 250 Tesla Model 3 police cars, though that order has not yet been executed.

Electric vehicles are a boon from an environmental point of view, and can be a good fit for a police department: Many hours of a patrol car’s day are spent in idle with the engine running, doing nothing more than emitting tailpipe greenhouse gasses. By beginning the transition to an electric fleet of patrol cars, the NYPD can reduce the carbon it unleashes upon the city.

Ford has traditionally been the king of the cop car, building hundreds of thousands of them over the years in the form of Crown Victorias. The Blue Oval submitted its Mach-E electric crossover for approval with the Michigan State Police last September, and it passed its exam, becoming the first battery electric vehicle to do so. During that test it was given an above-average mark. It was praised for its trunk accessibility, but docked points for dashboard accessibility and demerits for engine compartment accessibility. (That last one is likely difficult to grade, as the Mustang Mach-E doesn’t have an engine or an engine compartment to access.)

While the Mach-E GT ranked highest among potential police cars in acceleration and braking, it did present a few drawbacks. As part of the test to be certified by the Michigan State Police, the vehicle was subjected to laps at a race track and sustained high-speed testing where it ranked quite poorly in comparison to existing patrol cars. It was also given poor marks for features officers will use frequently like the HVAC controls, rear seat access, and instrument readability. (Meanwhile, a try at electrifying some LAPD cop cars with BMW i3s did not go well.)

At the time of the test Ford was optimistic about the future of its professional-grade electric police car. “The fact that the Mustang Mach-E successfully stood up to the grueling Michigan State Police evaluation demonstrates that Ford can build electric vehicles that are capable, tough and reliable enough for even the most challenging jobs,” said Ted Cannis, CEO of the automaker’s commercial division, Ford Pro.

For police duty, the Mach-E GT police interceptor has been fitted with a number of components, as the department showed off at the Javits Center this month. The first of these changes is the addition of the rooftop flashing light system, and the NYPD’s message board, which allows an officer to display information to passing drivers from the rear of the roof light pod. The doors and windows have been replaced with ballistic materials, and the Mach-E GT’s standard panoramic glass roof panel has been replaced by steel.

The Mach-E GT is a pretty quick machine compared to typical NYPD vehicles. Ford claims the crossover pumps out 480 horsepower and 600 lb-ft of torque combined from a pair of electric motors, one at each end of the vehicle. That’s good enough to shove the 5,001-pound vehicle from 0-60 in just 3.5 seconds. It’ll run the quarter mile in 12.7 seconds, which is quick, but comparatively slower than other electric crossovers in its class. By comparison, a Tesla Model Y Performance can blitz the drag strip in 11.9 seconds. The Mach-E GT is rated to deliver 270 miles of range from its 88 kWh battery pack, though range can drop dramatically at high speed or in cold temperatures, for instance.

These all-electric machines aren’t cheap. The Ford Mustang Mach-E GT starts at a whopping $66,000 without any options. Some estimates put the cost to upfit a vehicle to police car standards in the $40,000 range. That could bump the cost up to more than $100,000 per vehicle purchased, making the NYPD’s order to Ford possibly over $18 million.

On the flip side, electric vehicles don’t wear and tear the way gasoline-powered vehicles do, and don’t need regular services like oil changes, and brakes last much longer. Certainly these patrol cars will still need the occasional inspection, and new tires, but in the long run electric patrol cars will hopefully save municipalities on fuel and service costs. Some cop shops that have already converted to electric fleets have reported saving thousands of dollars annually.