Anyone can drive a supercar, but truly tapping its potential is another matter

Here's what I learned from a weekend behind the wheel of a $247,025 McLaren GT supercar. 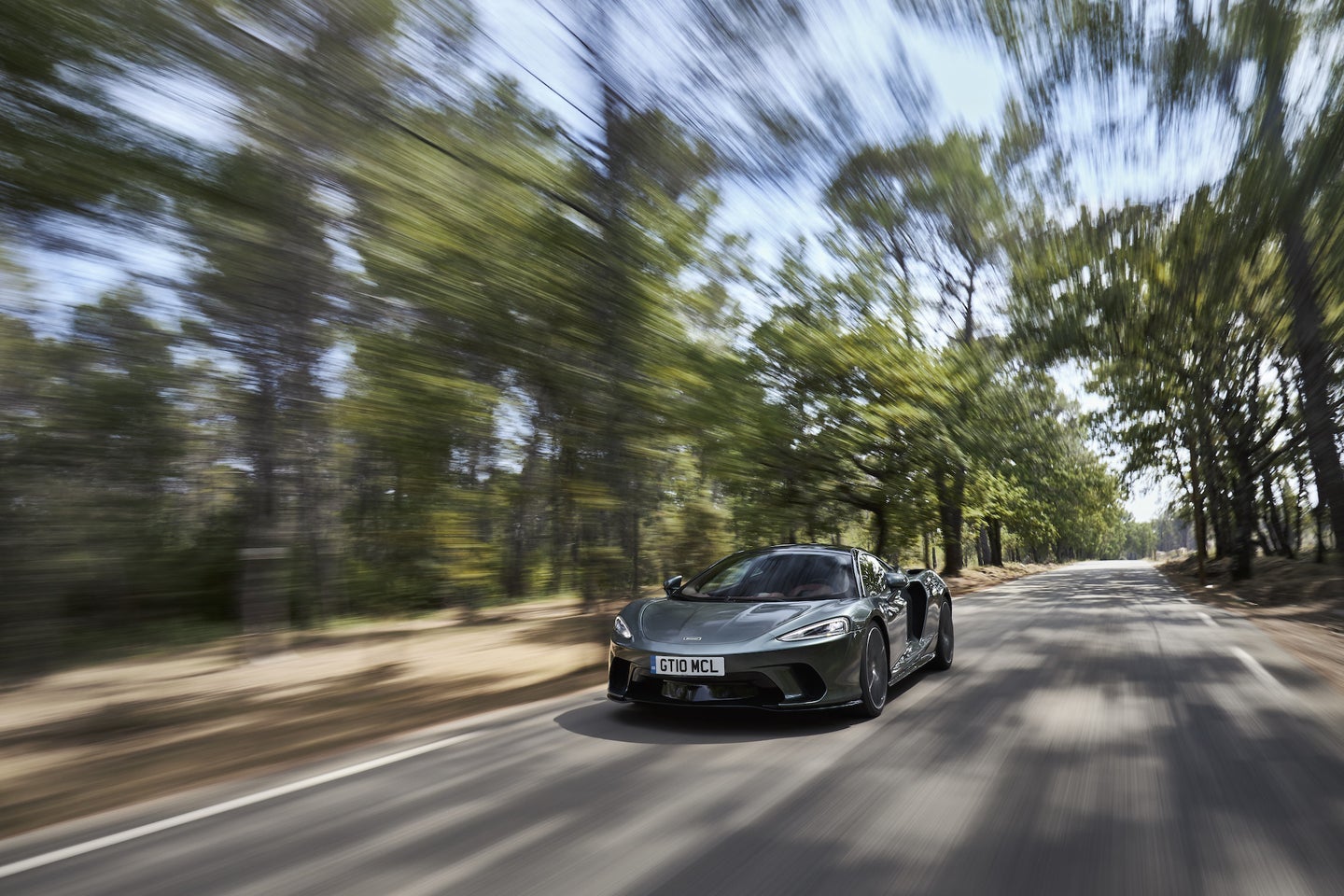 The McLaren GT is billed as a "usable" supercar. McLaren
SHARE

The McLaren GT is a sleek supercar that begins at $200,000, has a top speed of 203 miles per hour, and features a rumbly engine located in the middle of the vehicle behind its two seats.

My 2009 Subaru Forester, on the other hand, was a $6,400 purchase from a small establishment by the side of a highway in Vermont in the summer of 2020—a classic Covid-car buy. It’s a very practical ride.

So when I had the chance to try driving a McLaren GT for the weekend (a 2021 model that goes for $247,025, to be precise) I knew I’d be getting acquainted with a whole new caliber of car. After all, it’s a vehicle that costs more than 38 times as much as the Subaru I’m used to taking out for adventures.

Here’s what I learned after opening up the dihedral doors of the McLaren, lowering myself down into its seat, and driving it around (very cautiously and conservatively) for a weekend.

What is a supercar?

The term supercar can itself be a little confusing, as can the entire experience of entering the realm of high-performance vehicles. So I turned to J.R. Hildebrand, a professional driver who has competed in the Indianapolis 500 for the past 11 races and was the Rookie of the Year in 2011. He’s also an adjunct lecturer at Stanford University.

“Supercars generally are designed with an intention to be highly capable at a racetrack in ways often that make them less than perfect, or [less than] utilitarian, as a street car,” he says. He ticks off their attributes: They’re usually two-seaters with “very high horsepower” that feature “the latest of automotive technology in a performance context” and are “lightweight, nimble, fast.”

Another even more specific way of defining them is as vehicles whose horsepower is 500 and up that cost around $250,000 or more.

Among McLaren’s lineup of galactically expensive automobiles, the GT model I drove is the most beginner-friendly.

“We tend to refer to this as our usable supercar,” says Darren Goddard, the executive director for vehicle and technology programs at McLaren. “It’s the least ‘McLaren’ McLaren in terms of engagement [and] supercar rawness.” Part of what makes it usable is that there’s a small amount of storage space in the front, in a little frunk, as well as some in the back, over the engine area, where straps can help secure your gear.

Goddard describes the GT as “extremely comfortable,” and “extremely accessible.”

So what was it like to drive a McLaren supercar?

Driving a Subaru is like hopping into a friendly horizontal refrigerator on wheels with oodles of windows all around. The McLaren is a low-slung angular spaceship packed with power.

The vehicle I borrowed sported an understated teal paint job, although the official color, in McLaren’s lingo, is “Serpentine.” And like a snake, this vehicle has a low profile, close to the road. I felt its wide presence on the asphalt, and the potential energy of its engine. The rumbling noises were a constant companion.

Vehicles like these have some general attributes that are different, of course, from a regular car.  “They have a much lower, wider stance,” says Hilderbrand. “Overall, it’s a stiffer, more reactive driving experience.”

“Springs and shocks and roll bars and all that stuff,” he adds, “are stiffer than a regular car, to be able to maximize and take advantage of the performance of the tires and how low and wide the car is.” The benefit of all this was that I felt more comfortable going faster, and taking turns at higher speeds, than I do in the Subaru—the feeling is one of control, as opposed to feeling like you might careen off a highway embankment if a wind gust catches you off guard.

To drive the McLaren, though, generally felt like it might feel like to strap into an F-16—but take off gently, fly around a little bit, and then land without maneuvering upside down or pulling any Gs. That’s because the combination of driving on regular roads with speed limits, plus my own cautious nature, gave me little chance to see what the car was truly capable of. I’m a conservative driver, and yes, dear reader, I was tailgated while driving a supercar.

But the vehicle, with its 612 BHP engine capable of producing 465 lb-ft of torque, nonetheless offered constant opportunities for powerful, even scary acceleration—small, intense samples of what the car was capable of. Pushing down on the gas at one point while on the highway and lurching forward spurred me to say, “Oh my god,” laugh excitedly, and add, “it accelerates so fast!”

In another moment, going about 60 mph, I gave it some gas, and the vehicle downshifted from seventh gear to fourth and then hit 74 mph in just a few seconds. It wasn’t true Fast and Furious stuff, but it was a taste.

Speaking of those brakes—they felt different from what I was used to, as they were carbon ceramic. Those types of brakes “make for a really stiff brake pedal,” Hilderbrand says. “They don’t always work the best until they start to warm up, so that’s a bit of a funny feeling for people.”

But, he adds, the brakes are a good example of the fact that cars in this category come with a learning curve. “I kinda like the fact that these ultra-high performance cars are, like, a little bit hard to drive,” he reflects. “You sort of have to pay attention, because they will do everything really quickly.” Once you get used to those brakes, “they’ll work twice as good as the brakes on your Subaru,” he says.

“Every supercar has its own nuances,” he adds.

I found driving the McLaren exhilarating, but tiring. It had a deep potential for performance that I didn’t come close to tapping—and which you probably can’t, or at least shouldn’t, experience off the controlled environment of a track. If I could pick either car for a weekend getaway full of miles to cover, I’d go with the Subaru over the McLaren, for its practicality, comfort, ease, and the visibility it offers. It would just be more relaxing. But if I wanted to feel alive, and maybe just a little bit scared, I’d go with the supercar.

This article was first published in July, 2021. To listen to a related podcast, check out the Spotify player up top or follow any of the links, below.