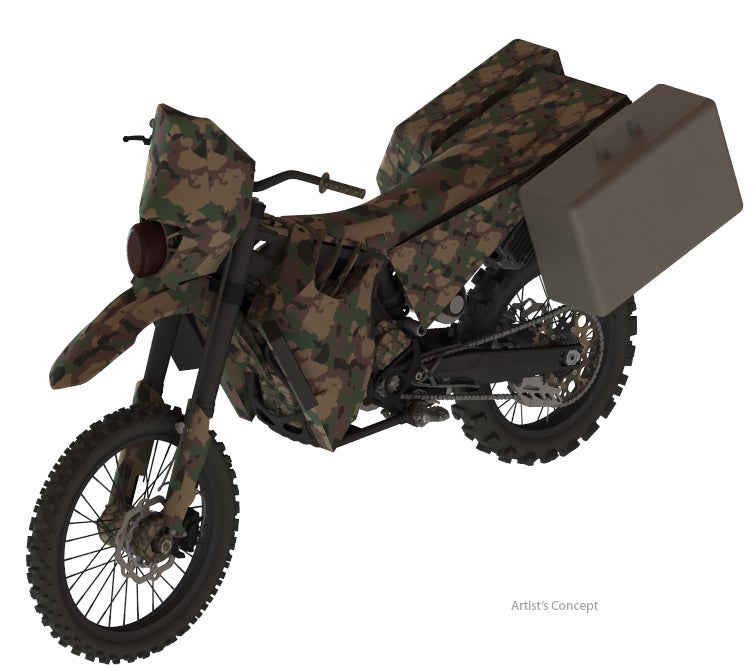 Nicknamed “silent professionals,” America’s Special Operations Forces exist on the edge of war, moving behind and around front lines, preparing battles behind the scenes. They are as protected by obscurity as they are their own skill, which means that when they move around, it’s best if they can do it without any loud engines giving them away.

The Defense Advanced Research Projects Agency (DARPA), the Pentagon’s futuristic research wing, is making a silent motorcycle for the silent professionals. At a conference today in Tampa for Special Operations, DARPA showed off two different bikes.

As Defense One reports:

The combustion engines are for when the bikes don’t need to be quiet. Running on fuel, they reach 80 decibels — somewhere between a vacuum cleaner and a garbage disposal. Running on just electric power, the engines quiet down to 55 decibels — roughly as loud as an office. That silence becomes stealth, allowing the bicycling Green Berets to travel unheard, provided there is any other ambient sound at all.

What role does a motorcycle have on the modern battlefield? These bikes aren’t made to carry people straight into combat, but motorcycles can go where many vehicles can’t, and if the bicycles arrive by helicopter or a vertically landing V-22, then the special operators using them can go a great many places that adversaries would normally consider safe.

This is especially important for America’s long-running “light footprint” wars, where local allies do most of the major fighting with the support of American special forces and aircraft. Giving special forces the flexibility to move around countries undetected is a good way to do more with the resources we already have.

Both silent motorbikes are in phase two of a standard three phase development cycle, so they won’t make it to the battlefield just yet. Given how long America’s wars last, it’s likely they’ll still see some action before the conflicts are done. 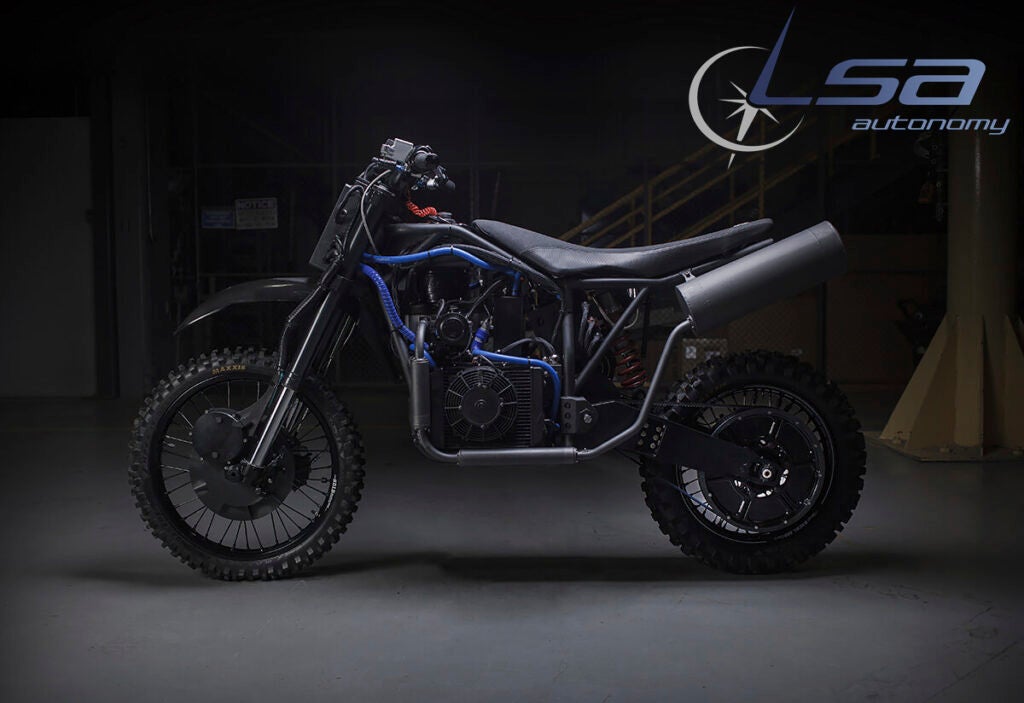 This is the other electric motorcycle funded by DARPA.
Kelsey D. Atherton