Don't worry, Yuan Yuan. We'd probably have a hard time picking a baby up at first, too. 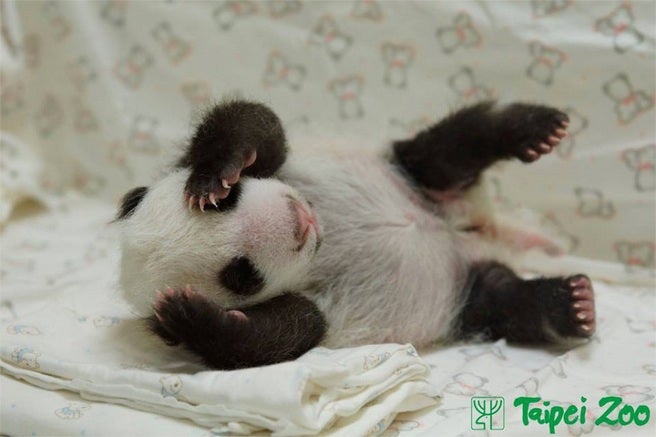 After being separated for a month, a panda mom and her newborn baby got reunited last week in the Taipei Zoo. The Associated Press posted a video… you don’t even have to read any more. Just watch it:

Zookeepers put the cub in an incubator after she was born so they could take care of a leg injury, the Taipei Times reports. Keepers also worried the mom, named Yuan Yuan, might injure or even eat the cub, the Associated Press reports. Since last week, however, the pandas’ human caretakers have slowly given mom and baby more time together. The cub is set to open her eyes this week and zookeepers want her first image of the world to be her mom, Focus Taiwan News Channel reports.

The cub was born on July 6, the result of a round of artificial insemination between mom Yuan Yuan and dad Tuan Tuan. China gave the two adult pandas to Taiwan in a diplomatic gesture in 2008. For now, the baby is called Yuanzai, Chinese for “Yuan’s child,” but the zoo will hold a naming contest for her, AFP reports.