Should We Genetically Engineer The Orange To Save It?

A deadly disease threatens oranges all around the world. 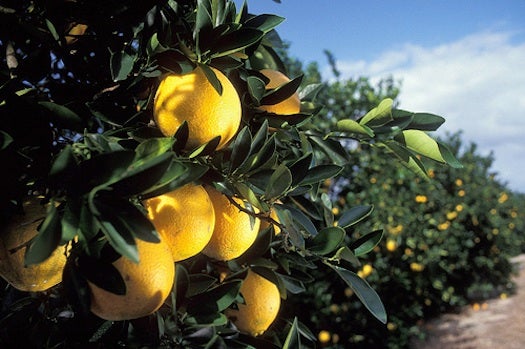 Orange growers are considering genetically modifying your morning OJ. Why? A terrible disease—Scientific American calls it “the most devastating disease of citrus plants in the world”—is spreading in the U.S. “Five years from now, there may be no more Florida orange juice,” one University of Florida scientist, J. Glenn Morris, told Scientific American.

The plant illness, called citrus greening, makes trees drop their leaves and stunts their fruit. It is very virulent. There’s no known treatment for sick trees, nor any pesticide that is able to kill sufficient numbers of the illness’ carrier, an insect called the Asian citrus psyllid, to totally prevent the disease’s spread. 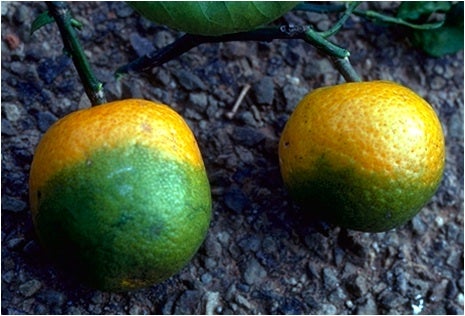 This is poised to be a prime case study about how loudly consumer dollars can speak about genetic engineering. Orange growers aren’t the only ones who have historically avoided genetic modification because they know many shoppers are against it. Two years ago, I talked with scientists who work on creating new commercial strawberry breeds. They told me the berry industry meticulously breeds new plant types in the old-fashioned way—it involves brushing pollen from one plant onto another using a tiny paintbrush—because researchers fear that consumers won’t eat GMO berries.

Without headlines like “The End of Orange Juice,” the story of a citrus disease sounds boring. Yet citrus greening articles are among the most fun science stories I’ve read this year. They’re kind of detective stories—you have to hunt down where the disease came from—with plenty of action—you’ve got to reduce infections somehow. The New York Times piece is a fascinating read, bringing in the emotions around genetic engineering as well as the ominous danger to the fruit.