Humans May Evolve To Grow An Endless Supply Of Teeth

In the future, you--like the pufferfish--could have so many teeth that you'll wear necklaces made out of your spares. It'll be weird. 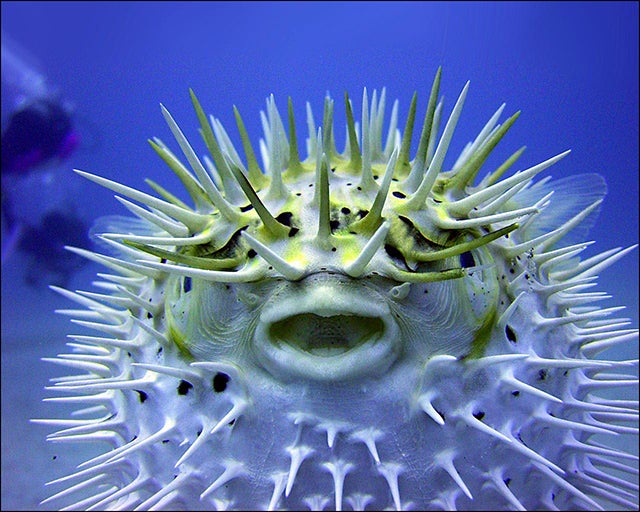 The puffer, like lots of bony fish (meaning, not cartilaginous), constantly regrows its teeth. The puffer doesn’t have delineated teeth like most other fish, though; instead, after its first set of teeth have fallen out (like human baby teeth), it grows a solid structure that looks like a beak. This beak is made of horizontally growing layers of dentite, the usual tooth material for fish, but appears as a single band.

Fraser managed to map the specific cells responsible for the constant regrowing of teeth in the puffer. That’s of great interest to us, because humans, unlike lots of other animals, only grow two sets of teeth. Your baby teeth fall out, then you grow your adult teeth, and then…that’s it. That’s all you get. And that’s less than ideal, as most any professional hockey player can tell you (through gaps in their teeth).

Interestingly, Dr. Fraser thinks humans may evolve, in millions of years, the ability to regrow teeth past that second set. “With our extended lives and modern diets, the limited supply of human teeth is really no longer fit for purpose,” he said. By figuring out exactly how fish regrow teeth, he may be able to accelerate that process of evolution.

So play hockey without fear! A fix for your broken grill may be in the works.

[via University of Sheffield]