Back in 2008, researchers discovered a massive hydrothermal vent system in the Mid-Atlantic Ridge, between Greenland and Norway. This is... 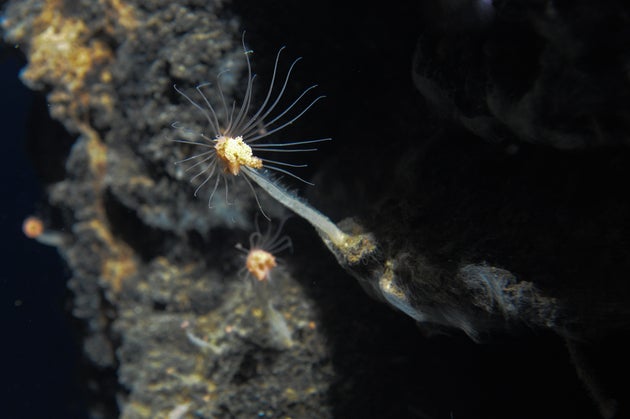 Back in 2008, researchers discovered a massive hydrothermal vent system in the Mid-Atlantic Ridge, between Greenland and Norway. This is basically a group of enormous undersea volcanoes, more than 7,500 feet underwater, shooting out superheated water in 40-foot plumes of sulfides. They were christened “Loki’s Castle,” and there’s nothing else quite like them on the planet–and now Norway is considering protecting them by naming them a national park.

Loki’s Castle is what’s called a black smoker–a type of vent that mostly shoots out sulfides. Sulfides, though, aren’t the only minerals around Loki’s Castle; researchers have found large deposits of iron, and there is almost certainly other stuff they haven’t yet identified. Scientists from the University of Bergen are concerned about the mining industry disturbing the pristine environment of Loki’s Castle. So they want to make it a national park, which would afford it certain environmental protections. “It is our opinion that this area is so unique that it should be preserved. We are talking about very vulnerable environments,” Professor Rolf Birger Pedersen of the University of Bergen said in a press release. It is in effect a blank spot on the map; we know it’s a black smoker, and we know water temperatures are searingly high (up to 570 °F), but nobody knows much about what kind of flora and fauna survive down there, or how Loki’s Castle was formed, or how old it is, or its history. Twenty new animal species have been found there already! Deep-sea mining could compromise additional discoveries.

Park protection is usually thought of for parks that people can easily visit–parks like Yellowstone or Yosemite here in the states. But it’s actually been proposed for places humans can’t exactly pitch a tent in, like the moon and Mars. Loki’s Castle would fall into that camp: not a tourist park, but an important natural wonder that needs protection.