Don't be fooled by its fluffy, clumsy amble. The red panda is a master escape artist. 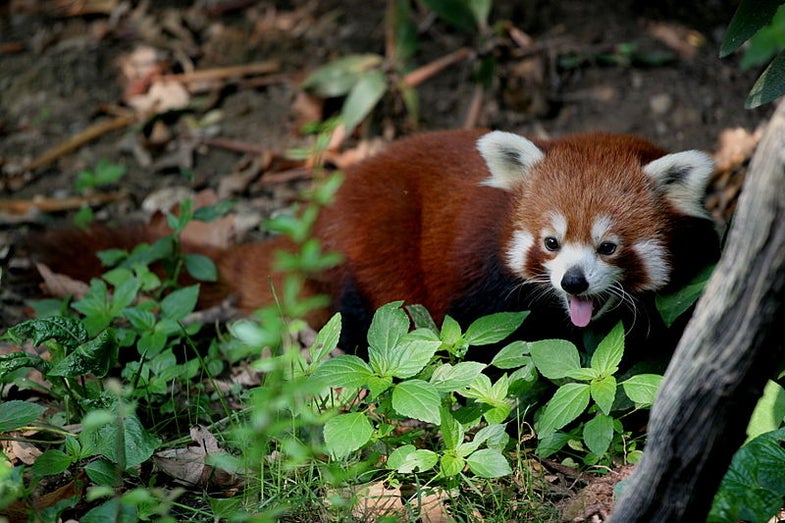 The red panda looks like a fluffy raccoon-cat, frolics in the snow like an arctic otter, and is known to interrupt lunchtime in impossibly adorable ways. These are well-known skills and traits. What’s not so well-known is that red pandas are also master escape artists. So we shouldn’t be surprised that Rusty the red panda made a break for it last night from the National Zoo.

Red pandas may look like terrestrial animals like raccoons, but they’re arborial–they’re awkward and clumsy on the ground, which is super cute, but misleading. They’re designed for life in the trees, with super-sharp claws for climbing. The Association of Zoos and Aquariums notes that, to prevent depression, red pandas have to be given items to climb on. “Provide climbing apparatus for older animals,” it reads, “but beware: red pandas are escape artists.” They might not be great jumpers, but that’s about their only weakness as far as escaping goes; they’re excellent swimmers as well as climbers. That plus an energetic, curious, and playful personality and metabolism makes them one of the best and most frequent jailbreakers at the zoo.

Here is a timeline of red panda jailbreaks.

Back in 1978, Rotterdam was the site of the first known red panda escape. It also spawned what’s called the “red panda effect” in psychology and cryptozoology circles. Though the red panda was found (dead, unfortunately) just as newspapers publicized the escape, Rotterdam natives spent the next year or so calling the zoo, insisting they’d seen a red panda. The “red panda effect” refers to the way the brain fills in the blanks–you see what you expect to see, in other words. If you’re expecting to see a red panda, you see a red panda, even if it’s just a dirty raccoon.

Skipping ahead a bit, in 2005, a red panda named Babu managed to escape from what we assume is a dreary home in the Birmingham Nature Center. Babu had allegedly made several escape attempts before finally slipping out of his pen. He was found in a tree in a nearby patch of forest, 60 feet above the ground, four days after escaping.

A year-old red panda named Yin made a name for herself back in 2007 by escaping twice in a single month. Red pandas, you see, are spectacular climbers, much more agile than their bumbling zaftig gait would imply, and Yin’s enclosure was in a heavily wooded area. Her first escape was in broad daylight while surrounded by onlookers–she emerged from a cave for feeding, and simply ran up a tree and hopped out of the pen. So the zoo stuck a lightly electrified fence over the top of the enclosure, thinking that would do the trick.

It, um, didn’t. A few weeks later, Yin leapt onto a branch that overhung the electric fence and ambled on out of the exhibit. “She’s a character,” said the zoo’s director of development.

In one of the longest escapes ever documented, a mother red panda and her cub managed to escape from a Scotland zoo and survive on the lam for more than two months. Pichu (the mother) and Isla (the cub) darted out of their enclosure when a springtime storm damaged the enclosing walls. Pichu was discovered about two miles away from the zoo, up on a tree branch, by a very surprised farmer.

Back in 2009, nobody even noticed that a red panda vanished from its pen. It made its way over to the nearby and leafy Regents Park, where it was spotted by park security at 3 a.m., just hanging out on a tree branch. Apparently it took awhile for zoo staffers to bring it down; it eventually took a tranquilizer dart, which was fired while park-goers stared up at the best animal to ever be found in a London park. 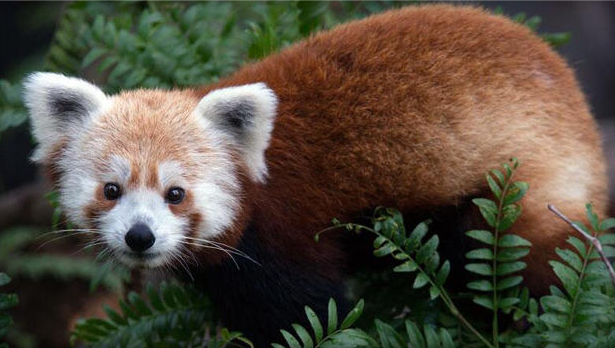 Last year at the Dresden Zoo, a red panda managed to get out of its pen and climb high up into a nearby tree. Since red pandas escape so often, zoos that house them typically have a procedure for getting them down from the trees they like to hide out in, but Dresden’s seems…a bit unsafe. At Dresden, they spray the red pandas with hoses, which motivates them to climb down so the zookeepers can nab them. But in the case of this particular animal, it surprised everyone by falling 30 feet down to the ground, where it suffered a concussion (though it survived). Might do well to come up with another way to convince escaped animals to come down, Dresden.

At around 6 p.m. on June 23rd, Rusty the red panda somehow made his escape from the National Zoo. Nobody’s quite sure how; this is another instance of zookeepers arriving at the zoo and noticing a red panda’s absence, though ThinkProgress alleges that budget cuts may have reduced staffing. Rusty, less than a year old, caused a huge stir with his disappearance, sparking a city-wide panda-hunt and forcing millions of horrible tweet-jokes and dozens of fake Twitter accounts. He was found this afternoon in a bush not far from the zoo, was safely brought back and seems to be doing fine.