Inside The Most Expensive Science Experiment Ever

Many machines over the past 60 years have been billed as the one that will make the big breakthrough in fusion science, only to stumble. This one could be different. 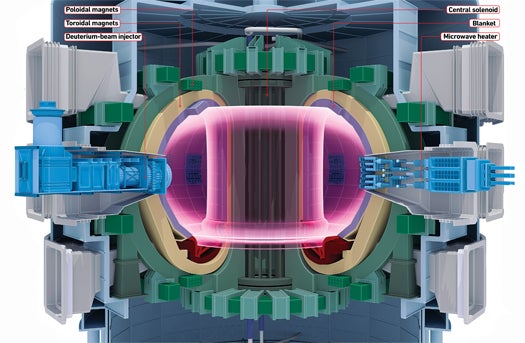 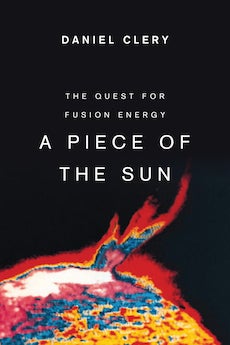 A Piece of the Sun

The Quest for Fusion Energy is available on Amazon.

Some people have spent their whole working lives researching fusion and then retired feeling bitter at what they see as a wasted career. But that hasn’t stopped new recruits joining the effort every year: optimistic young graduates keen to get to grips with a complicated scientific problem that has real implications for the world. Their numbers have been increasing in recent years, perhaps motivated by two factors: there is a new machine under construction, a huge global effort that may finally show that fusion can be a net producer of energy; and the need for fusion has never been greater, considering the twin threats of dwindling oil supplies and climate change.

The new machine is the International Thermonuclear Experimental Reactor, or simply ITER (pronounced ‘eater’). Many machines over the past 60 years have been billed as ‘the one’ that will make the big breakthrough, only to stumble before getting there. But considering how close JET, its direct predecessor, got to break-even, ITER has to have a good chance. ITER is not a power station, it won’t be connected to the grid and won’t even generate any electricity, but its designers are aiming to go far beyond break-even and spark enough fusion reactions to produce 10 times as much heat as that pumped in to make it work. To get there requires a reactor of epic proportions. The building containing the reactor will be 60m tall and extend 13m underground–altogether taller than the Arc de Triomphe. The reactor inside will weigh 23,000 tonnes–continuing the Parisian theme, that’s more than three Eiffel Towers.

The need for fusion has never been greater.At the time of writing, workers at the ITER site in Cadarache, southern France, are laying foundations, erecting buildings, installing cables and generally preparing the ground. In factories around the world the various components that will make up the reactor are being built, ready to be shipped to France and assembled on site. The scale and the quantities are prodigious. In six different ITER member countries factories are churning out niobium-tin superconducting wires for the reactor’s magnets. When finished, they will have made 80,000km of wire, enough to wrap around the equator twice. The giant D-shaped coils of wire that are the electromagnets used to contain the plasma are each 14m tall and weigh 360 tonnes, as much as a fully laden jumbo jet. ITER needs 18 of these magnets. Perhaps the most mindboggling statistic about ITER, and one of the reasons it is being built by an international collaboration, is its cost: somewhere between €13 billion and €16 billion. That makes it the most expensive science experiment ever built–twice as expensive as the Large Hadron Collider at CERN.

That huge sum of money is, for the nations involved, a gamble against a future in which access to energy will become an issue of national security. Most agree that oil production is going to decline sharply during this century. There is still plenty of coal around but burning it in large quantities increases the risk of catastrophic climate change. That doesn’t leave many options for the world’s future energy supplies. Conventional nuclear power makes people uneasy for many reasons, including safety, the problems of disposing of waste, nuclear proliferation and terrorism.

Alternative energy sources such as wind, wave and solar power will undoubtedly be a part of our energy future. The cost of electricity from alternative sources is high but has declined substantially in recent decades and with continuing improvements in technology it will come down further. It would be very hard, however, for our modern energy-hungry society to function on alternative energy alone because it is naturally intermittent–sometimes the sun doesn’t shine and the wind doesn’t blow–and also diffuse–alternative technologies take up a lot of space to produce not very much power.

Difficult choices lie ahead over energy and, some fear, wars will be fought in coming decades over access to energy resources, especially as the vast populations of countries such China and India increase in prosperity and demand more energy. Anywhere that oil is produced or transported–the Strait of Hormuz, the South China Sea, the Caspian Sea, the Arctic–could be a flashpoint. Supporting fusion is like backing a long shot: it may not come through, but if it does it will pay back handsomely. No one is promising that fusion energy will be cheap; reactors are expensive things to build and operate. But in a fusion-powered world geopolitics would no longer be dominated by the oil industry, so no more oil embargoes, no wild swings in the price of crude and no more worrying that Russia will turn off the tap on its gas pipelines.

This article was excerpted with permission from A Piece of the Sun: The Quest for Fusion Energy_ Copyright © 2013 Daniel Clery. Published by The Overlook Press. All rights reserved. Daniel Clery studied theoretical physics at York University. For more than two decades, he has edited and written for some of the world’s top science magazines, including_ Physics World, New Scientist,_ and_ Science_. As a news editor for_ Science magazine since 1993, Clery has covered many of the biggest science news stories of our time.