Have we reached peak lemur? 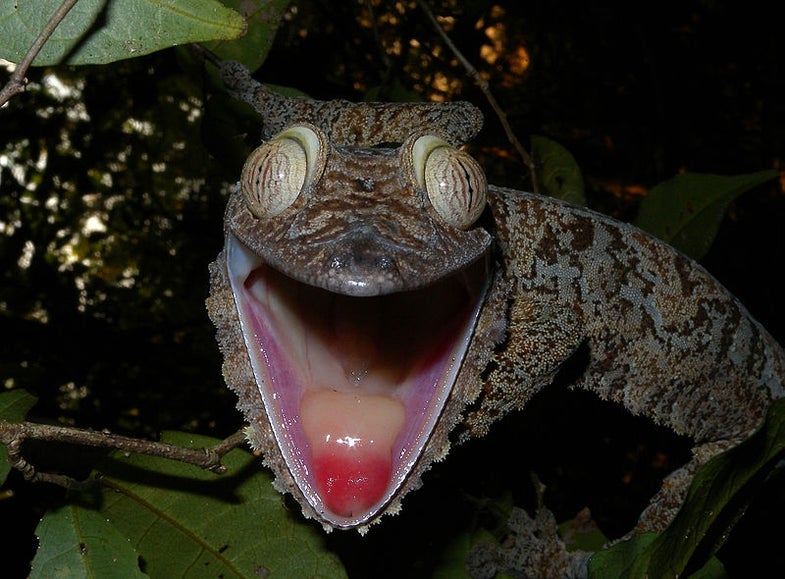 Madagascar is home to an amazing diversity of animals; though it has only 1 percent of the world’s land mass, 3 percent of the world’s plant and animals species are found there, and many are like nothing else on the planet. But a new study finds that there might be a limit to how many species can call the island home, and that we may be at that point now.

The study, published in the Proceedings of the Royal Society B, takes a look at seven groups of reptiles and amphibians, looking back through their evolutionary history to see just how the family tree branched out. Daniel Scantlebury, a Ph.D student at the University of Rochester and the author of the paper, was trying to investigate adaptive radiation to find out what’s happening to the evolution of Malagasy flora and fauna.

Adaptive radiation, a theory put forth by Darwin, suggests that when there’s a change in the environment, new ecological niches are opened up, and evolution of plants and animals will suddenly accelerate to take advantage. That happened when, 88 million years ago, Madagascar split from the supercontinent Gondwana and was left to its own devices in the southern Indian Ocean. As an island, Madagascar developed new climate regions and topographical formations, so plants evolved to suit them, and animals evolved to suit the plants, and soon the island was a chaotic mass of flora and fauna evolving all at once to figure out how to adjust to island living.

But adaptive radiation has a time limit: when all the ecological niches are filled, evolution slows down to its regular pace. And Scantlebury’s research indicates that that’s what’s happening in Madagascar: all seven of his examined species have declined in their speed of evolution after their initial burst. Next, Scantlebury wants to examine other species, like lemurs and crown-of-thorn plants (Euphorbia milii), both native to Madagascar, to see if the theory holds true.

You can check out the study here.