CES 2021 is wrapping up, but Samsung has new products to show off before it’s over. 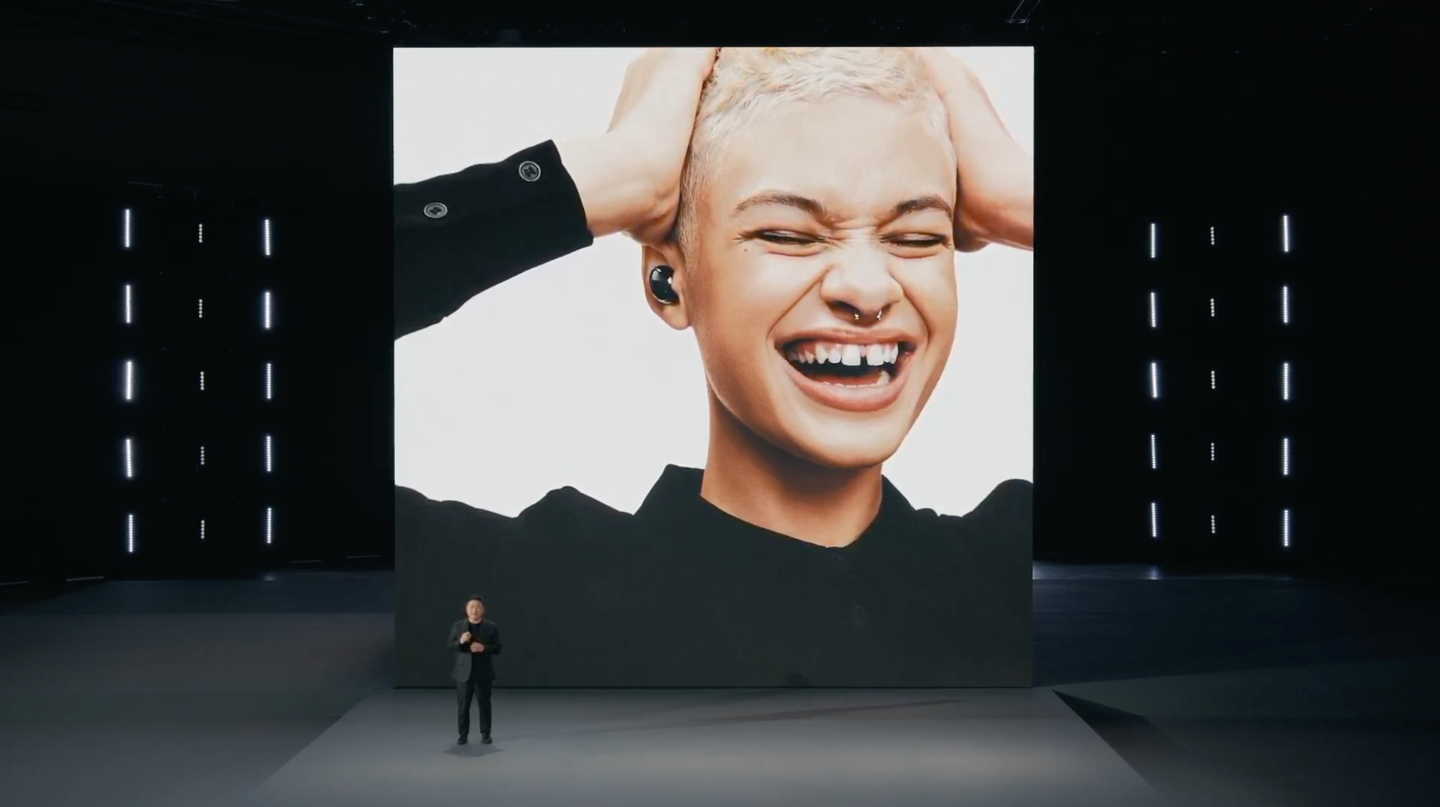 Samsung has already shown off quite a bit of cool kit at this year’s CES, but the company has saved one of its biggest announcements for near the end. Today, we’ll get to hear about Samsung’s new Galaxy S21 smartphones and some other new products, including the possibility of some Galaxy Buds Pro high-end wireless headphones.

We’re expecting three different versions of the Galaxy S21, the standard model, the bigger Plus, and the top-end Ultra. All of them will likely tote Qualcomm’s new Snapdragon 888 processor, which should provide some battery life improvements, as well as bolstered 5G.

The video is embedded above, or keep scrolling to see the highlights.

Before we dive into the smartphone stuff, Samsung is starting things off with the Galaxy Buds Pro. Samsung claims the Buds Pro provide the “smartest” active noise canceling on the market.

Samsung is using a system-in-package design to put both a tweet and a woofer into the same module to create a two-way speaker.

A pair of built-in microphones—one inside and one outside—provide the basis for the smart noise cancellation. The headphones actually listen to your voice and turn down when you start speaking so you can have conversations in pass-through mode without having to explicitly enable it. That’s good if you never want to take your earbuds out of your ears.

A trio of mics pick up your voice when you’re on a call, two of them are beam-forming. Samsung has also gone hard on the wind-noise-reduction technology, using both physical mesh and digital analysis to find your voice when you speak.

Samsung also says that the new Buds Pro have a redesigned body that fits into your ear better than previous versions. They will come in three colors and cost $199 starting January 15th, which makes them $50 cheaper than Apple’s AirPods Pro.

Samsung is expanding its SmartThings Find technology to include a stand-alone dongle that resembles a Tile. Samsung has been doing this with its wireless-equipped gadgets like tablets and smartphones since last year, but now you can add it to anything, including your dog or your keys. It uses UWB to provide hyper-accurate location data for your items. So, it won’t just show you that it’s in your house, it will show you what specific part of the room it’s in. It can even use augmented reality to guide you to your lost item. SmartTags will be $40 each or cheaper if you buy more and they go on-sale on January 19th.

Now we’re into the heavy announcement for this event. Samsung is starting off the presentation talking about camera design. The cameras are all covered in metal instead of glass for durability and design.

Predictably, Samsung is still sticking with the AMOLED edge-to-edge screens with an adaptive screen that goes between 48 and 120 Hz, so it can provide smooth scrolling and game action, but also save battery when you’re looking at static content. The S21 also now automatically adjusts its color balance to reduce blue light when it’s getting later in the evening. The S21 screen is 6.1 inches, while the Plus goes up to 6.7 inches, which isn’t unexpected.

The S21 camera array includes a wide-angle main camera, a super-wide camera, and a telephoto zoom lens, which is what you’d expect from a three-camera array. Samsung built a new imaging processor chipset into the device, but didn’t provide a ton of information about what it is. The S21′s Portrait Mode also works with pets for fancying up your dog photos.

The selfie camera uses the image signal processor auto-retouching whenever you take a photo of yourself. I have typically found Samsung to be heavy-handed with its skin-smoothing tech, but it doesn’t seem like that’s slowing down any time soon.

When it comes to video, you can now shoot 8K and pull 33-megapixel photos out of the footage without losing quality.

Single Take mode lets you record 15 seconds of video, then it automatically breaks it down into photos, short videos, and gifs that you can share on various social media platforms.

Director view gives you a live feed from all the cameras on the device at once and lets you easily switch between them. That’s pretty clever.

From a security standpoint, Samsung now offers a tech called Knox Vault, which secures the memory physically and via software so someone who steals your phone can’t get access to your data, even by taking the phone apart completely.

Now we’re onto the top dog in the lineup, the S21 Ultra. Again, we’re starting with the camera. There are four lenses this time, as well as a laser-AF sensor. There are now dual-telephoto lenses built-in, which explains the extra camera module.

The primary image sensor is still a 108-megapixel chip behind a wide-angle lens. In good light, it uses all of the pixels on the sensor individually. In low-light, however, the camera uses nona-binning to turn blocks of nine pixels into single pixels to capture more light. In extreme low-light, the S21 uses AI to combine multiple frames—including a long exposure—to make a single well-exposed photo.

Space Zoom promises up to 100x zoom. Up to 10x zoom is optical, which means the lens actually moves to change the angle of view. Samsung is using a double-folded lens inside that bounces light around in a convoluted pattern to change the field of view. Once you get beyond 10x zoom, you’re relying on software and AI to combat things like digital artifacts and camera shake. The more you zoom on a camera, the harder it is to hold the camera steady without making the picture blurry.

Like the iPhone 12 Pro Max, the Galaxy S21 Ultra has laser-based autofocus, which should also help it get sharp photos in low-light.

When it comes to video, it will shoot 4K video at 60 fps with any lens on the device. That’s considerably more useful and better-looking for most people than 8K.

The phone itself is a color called Phantom Black. Now we’re watching a hilariously long video about just how black the new Galaxy S21 Ultra is.

The S21 Ultra is getting S Pen compatibility and there are now two S Pen models to choose from.

The S21 Ultra will cost $1,199 later this month. That will get you a USB charging cable, but—like Apple—Samsung is leaving the charging brick out of the box.