iPhones, and Watches, and AirPods, oh my! 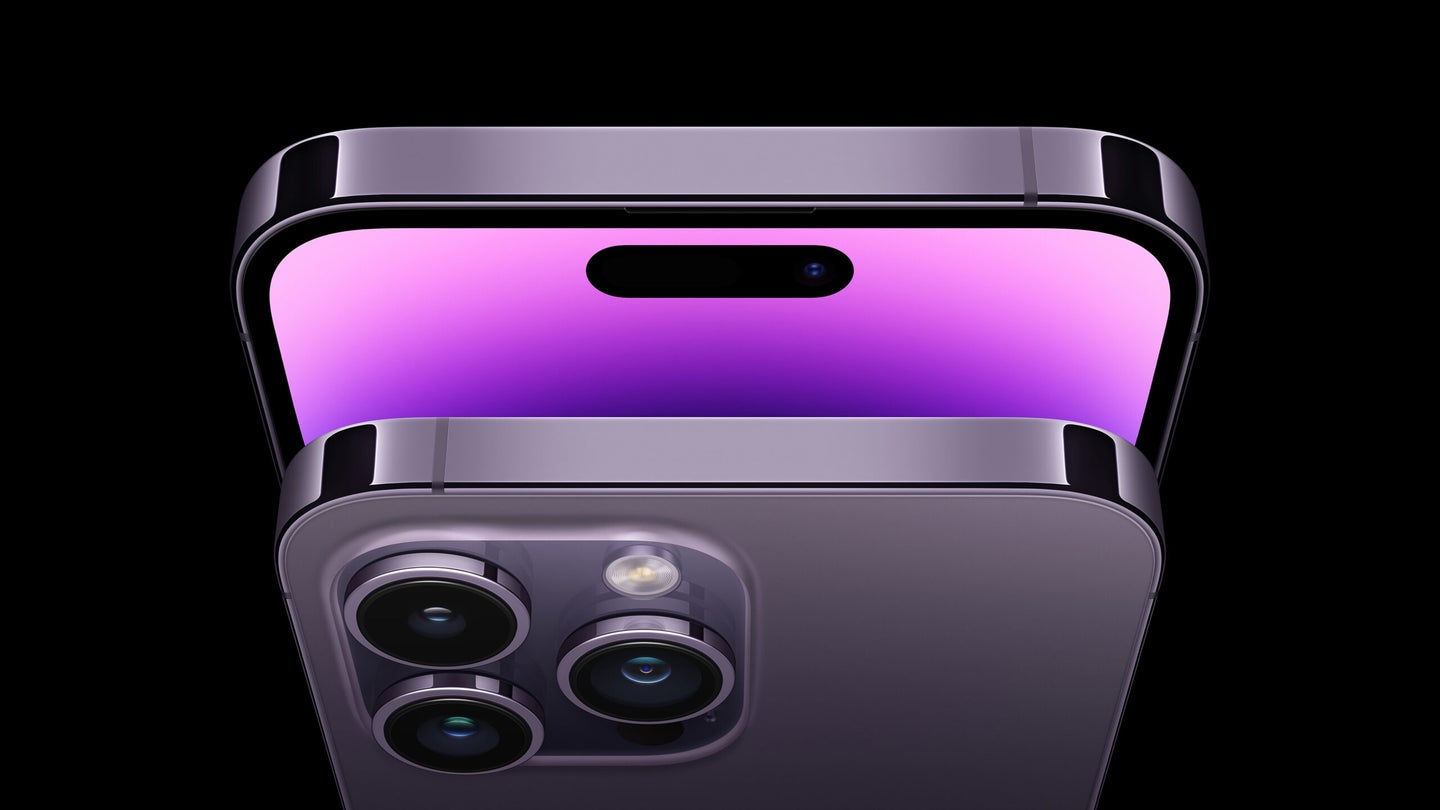 Apple’s end-of-summer events generally bring exciting announcements and this year’s “Far Out” presentation was filled with exciting new gear, including four new iPhone 14 devices, three new Apple Watches, and an updated take on the AirPods Pro. That includes an all-new version of the phone, the iPhone 14 Plus, which offers standard iPhone performance in a 6.7-inch “Pro Max” form factor, and the Apple Watch Ultra, a rugged and powerful flagship sport watch. We’ll walk through all the gadgets Apple announced Sept. 7 and let you know what’s new and exciting about Apple’s next wave of tech.

If you’re not interested in Apple’s more expensive iPhone Pro lineup, the company also introduced the iPhone 14 and iPhone 14 Plus, the latter of which is a new addition. These devices offer an excellent suite of features but are available at a more comfortable price for most people. The iPhone 14 and 14 Plus come with the same A15 Bionic chipset that was in the iPhone 13 and will be available for $799 and $899, respectively. Pre-orders begin Sept. 9. The 6.1-inch iPhone 14 will be available in stores Sept. 16 and the 6.7-inch Plus arrives Oct. 7.

Like last year’s iPhone 13, the iPhone 14 and 14 Plus features a dual-camera setup. The primary camera features a 12MP sensor and f/1.5 aperture with sensor-base stabilization. Apple claims the new camera system offers a 49 percent improvement in low-light performance over the prior model thanks to a “Photonic Engine,” so users should enjoy excellent pictures at night. There’s also a new 12MP front-facing TrueDepth camera with autofocus features, so, theoretically, you won’t encounter any out-of-focus selfies. The iPhone 14 also supports improved video stabilization features, including an “Action mode” for smooth-looking video with fewer shakes and vibrations.

While the outward appearance is unchanged, both devices feature an updated internal design for better thermal performance. This will allow users to watch movies and play games for longer. Speaking of marathon Netflix sessions, Apple said the iPhone 14 Plus model offers the best battery life of any iPhone in its lineup. If you’re the type of person who is frequently away from an outlet, the 14 Plus could be very appealing. The iPhone 14 and 14 Plus also support the new Crash Detection feature, which utilizes a new dual-core accelerometer to detect if you’ve been in a severe car crash. They also support Emergency SOS via Satellite, allowing users to connect to emergency services even when off the grid.

The iPhone 14 Pro and Pro Max bring a conventional suite of upgrades, including improved performance, a more advanced camera system, and better battery life. What you’ll notice, though, is that the display now features a pill-shaped cutout for the selfie camera, rather than the infamous top-center notch, and the introduction of an always-on display, so you can quickly check the time and notifications without any tapping. Apple said the iPhone 14 Pro would start at $999 and the Pro Max starts at $1,099. They’ll be available to pre-order Sept. 9 and in stores Sept. 16.

The iPhone 14 Pro and Pro Max will offer 6.1-inch and 6.7-inch Super Retina XDR displays, sizes unchanged from last year. Apple is cleverly embracing the new pill-shaped cutout with a feature known as “Dynamic Island.” Notifications, apps, and alerts will adapt and move around the pill-shaped cutout, so the pill feels like it’s a part of the screen … aesthetically, at least.

Like the Apple Watch Series 6 and newer, the iPhone 14 Pro and Pro Max display technology supports a 1Hz refresh rate, enabling the new always-on display feature. The always-on display will work with the lock screen widgets introduced with iOS 16, so users can quickly glance at information like calendar events, weather, and reminders without waking up the iPhone 14 Pro’s display. When the display does wake up, users can enjoy 120Hz ProMotion technology and a peak HDR brightness of 1600 nits, or 2000 nits outdoors.

On the inside, Apple’s new A16 Bionic chip improves the phone’s power efficiency, display performance, and the upgraded triple-camera system. It features a six-core CPU with two high-performance and four-efficiency cores, allowing photographers to capture 48MP images in ProRAW, which allows for greater editing possibilities.

For most photos, however, the new quad-pixel sensor will capture 12MP pictures through a process called “pixel binning,” which lets Apple maximize detail and light capture. The flash can also adapt to the camera system’s different focal lengths. On the video side, Apple said its Cinematic Mode supports 4K at 30 frames per second (fps) and 4K at 24 fps. It also offers new stabilization features that make the footage look as though you were using a gimbal.

Other features available in the iPhone 14 Pro and Pro Max include Crash Detection, which can assist when it detects you were in a crash, and Emergency SOS via Satellite, so you can communicate when out of the range of carrier coverage. While the design of the iPhone 14 Pro and Pro Max isn’t a significant departure from what we’ve seen these last few years, the new pill-shaped cutout, always-on display, and improved camera system may prompt plenty of upgrades.

The Apple Watch Series 8 features a largely unchanged design but includes new sensors that will enable new health and safety features. First, a pair of sensors measuring skin temperature will allow for improved menstrual cycle tracking and automated retrospective ovulation estimates, which can be helpful for family planning. In watchOS 9, the Cycle Tracking features will alert users to any deviations, such as irregular, infrequent, or prolonged periods.

The Series 8 also supports Apple’s new Crash Detection feature. If you’re involved in a severe car crash, your device will check in with you and dial emergency services if you’re unresponsive. The Series 8 also supports a Low Power Mode, offering users up to 36 hours of battery life. This new mode will temporarily disable or limit select sensors and features, such as the always-on display and workout autostart.

The Apple Watch Series 8 will be available for $399 for the GPS model and $499 for the cellular model. You can pre-order the Series 8 today and it will launch in stores Sept. 16. The Apple Watch SE, which features the same dual-core processor found in the Series 8 but lacks the more advanced features like the always-on display, starts at $249 and can also be pre-ordered today and will launch Sept. 16.

The Apple Watch Ultra, an all-new design, is built for intense fitness training and outdoor activities like climbing, hiking, and scuba diving. The more rugged model features an extra-large 49mm titanium case, a redesigned Digital Crown, and an “Action button,” which you can customize for various activities. The Watch Ultra’s display features sapphire crystal for durability and supports 2000 nits of brightness when outdoors. Notably, the Watch Ultra’s buttons have been designed to work with users who wear gloves.

The Watch Ultra has all the features of the Series 8 but also includes three built-in microphones and is twice as water resistant as other Apple Watch models. The more rugged wearable comes standard with cellular capabilities and can get up to 36 hours on a single charge—enough for any extreme athletes participating in grueling endurance sports. It also features an extended battery life of 60 hours when using Apple’s new Low Power Mode (which will be enabled in a software update later in the fall).

The Watch Ultra also supports L1 and L5 GPS frequencies, ensuring your coordinates are as precise as possible. This is necessary for a new trackback feature to help users retrace their steps if they get lost on a hiking trip. If you get lost and need assistance, the Watch Ultra has an 86-decibel siren so others nearby can better locate you. If you’re into water sports, the Watch Ultra is certified to EN 13319 for scuba divers, with a diving depth of up to 131 feet.

The AirPods Pro 2 sticks with a design introduced by the original model but can cancel twice as much noise. This is thanks to a new H2 chip, which also supports an improved Adaptive Transparency mode that will dynamically reduce heavy noise while walking around a loud city. The latest truly wireless earbuds include a new low-distortion audio driver and a custom amplifier for richer bass and crystal-clear sound.

The AirPods Pro 2 also supports new touch gestures, including the ability to adjust the volume with swipes on the stems. That will reduce the friction when using the earbuds because you will no longer have to take out your phone to turn up your favorite song. The AirPods Pro 2 features six hours of listening time on a single charge, a 33 percent increase over the original AirPods Pro. The charging case, which now has a built-in speaker (for Find My/status purposes) and a new loop on the side for a lanyard, allows for 30 hours of listening time, an increase of six hours.