The Samsung Galaxy S7 Could Include Its Own 3D Touch

Feeling pressure from the competition? 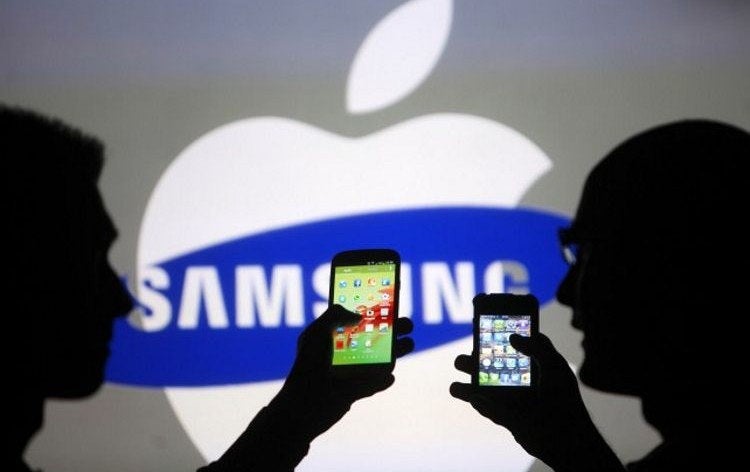 The upcoming Samsung Galaxy S7 smartphone could take a note from the iPhone 6S playbook come release. Samsung’s next flaghship phone—which we’re expecting in March or April—is rumored to include a touchscreen with the ability to sense different amounts of pressure applied by a user’s fingers, according to a report today from The Wall Street Journal.

Apple pioneered pressure-sensing capabilities for the mass market earlier this year, first in the form of the Apple Watch’s “Force Touch,” and later in iPhone 6S and iPhone 6S Plus, which both offer “3D Touch.” In either case, the feature is very similar: both the Apple Watch and iPhone 6S/6S Plus can present a new list of options when a user presses firmly on a specific portion of the screen.

Now, based on the WSJ report, it appears a variation of this feature will come to Samsung’s hit Galaxy series of smartphones. But that’s hardly the only new feature expected on the Samsung Galaxy S7.

Citing an anonymous source, the WSJ reports that the new Galaxy S7 my also include a retina scanner (a.k.a. eyeball scanner), a USB-C port (for charging and data transfer), and the return of expandable storage. A Galaxy S7 Edge phone could accompany the standard S7, similar to Samsung’s current lineup, which includes both the Galaxy S6 and S6 Edge smartphones.

A pressure sensitive screen could allow Samsung to add useful functionality to its devices. As we mentioned in our review, 3D Touch on the iPhone 6S allows iOS users to preview message conversations, access shortcuts prior to opening an app and enables playback of Apple’s Live Photos. Google’s Android operating system may not have pressure-sensitive actions built-in quite yet, but Samsung can build on top of it and add in features users may find useful.

In addition, we’ve already start to see some third-pary app makers add 3D Touch-like functionality to their Android apps. Instagram made headlines earlier this month for doing just that on the Android version of its app. So if Samsung enabled a similar functionality to the phone itself, that could open the door for even more app makers to support such a feature.

Samsung’s possible inclusion of a retina scanner as a security measure would go beyond what the iPhone currently offers, as well. Expanding on what was introduced with the fingerprint sensor on more recent Galaxy devices, the retina scanner could allow users to forgo using a numeric code, and instead unlock a phone simply by looking at it. However, the company’s previous addition of “eye tracking” capabilities in the Samsung Galaxy S4 didn’t prove to a very reliable or useful feature, so hopeful the implementaiton of retina scanning would turn out better.

When it comes to ports, the rumored move from a the current micro USB charger to a USB-C would bring the Galaxy S7 in line with the current standard sweeping the electronics industry: the OnePlus 2, Nexus 6P and other newer Android devices all offer USB-C, as does Apple’s own new Macbook computer.

And knowing Samsung, the South Korean smartphone maker is bound to pack numerous other features into the S7. While the company can be found at CES in January, Samsung fans are more likely to receive a new phone in mid-March, according to The Wall Street Journal. At the very earliest, we will have to wait until 2016 before we know for sure.