Samsung Announces Galaxy S 4; It Has All Of The Features 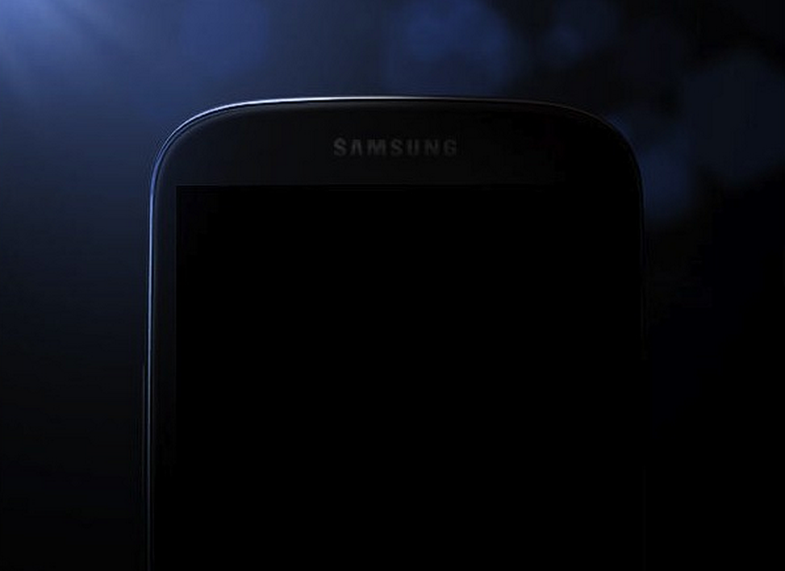 At a massive event at Radio City Music Hall, featuring a live orchestra and a simulcast on a huge billboard in Times Square, Samsung showed off its newest flagship smartphone, the Galaxy S 4, which is…not very interesting. But the Galaxy S line is enormously popular, with a huge advertising budget behind it, and this phone will probably also sell about a gazillion units. So, what’s going on here?

The Galaxy S 4 continues Samsung’s tradition of cramming as many new ideas as possible into a phone. And those ideas are sometimes interesting! Perhaps most futuristic is the visual tracking system allowing you to scroll and pause just with your eyes. While watching a movie, if you movie your gaze away from the screen, you’ll automatically pause the movie. No multitasking allowed, decrees Samsung! Or you can scroll through lists and web pages just by looking down to the bottom of the page. This is definitely something new–no other phone has anything even resembling this. Whether anyone will use it, well, that’s a different story. 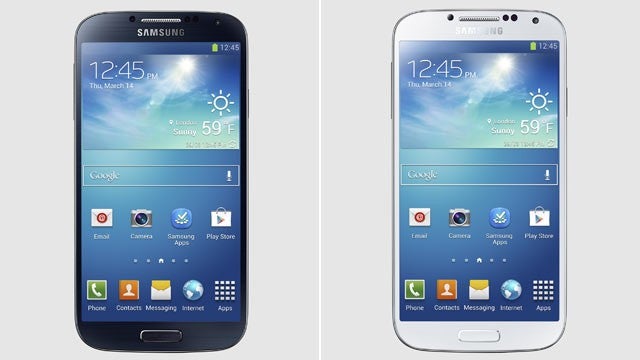 It also detects touch-free motions–you can wave your hand over the phone in different ways to perform different functions, like answer the phone or move to a previously-used app.

Otherwise, it’s mostly what you’d expect: a black or white plastic phone, very thin, very light, with a giant 5-inch screen (a 1080p resolution, at 441 PPI, which means this is a very pixel-dense screen in line with others from Apple, HTC, and Motorola). It looks more than anything like a Galaxy Note, with a single mechanical home button and a touch-sensitive back and menu button. Connectivity-wise, it’s a 4G LTE phone, with Bluetooth 4.0, which is expected, and an infrared LED, so you can change channels with your phone. (To be fair, HTC’s One, which was announced last month, also has an IR blaster.)

The camera is a 13MP shooter on the rear, with a 2MP sensor on the front. Interestingly, you can use both at the same time, giving you a kind of picture-in-picture of yourself within a picture of whatever you’re shooting. There’s also a feature that’ll let you record audio along with a photo, giving kind of narrated photography.

[Note: at this point in Samsung’s presentation, a small child came out and furiously tap-danced for about a minute.]

There are, because this is Samsung, many more camera features. That Air View feature lets you hover your finger over the screen for options. There’s one that lets you erase unwanted items from photos. There’s something called ChatOn, a video chat service, plus GroupPlay, which lets you share photos in a way that wasn’t made totally clear, and a few other terms with unconventional (fun fact: this is called camel case!). 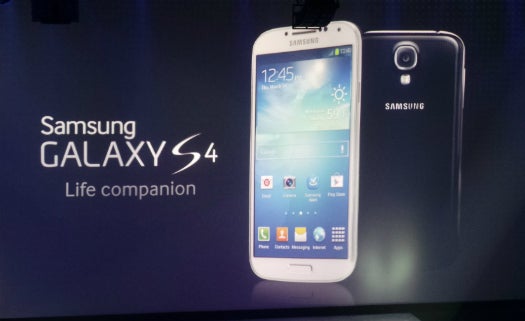 Samsung’s also included something called S Translator, an on-the-fly translation app. This is something that’s actually very exciting; we’ve been tracking the progress of the real-life Babelfish for a long time. It’s a fantastically difficult thing to do, but we’re excited to see how this one works. S Translator supports nine languages, and translates both text-to-speech and speech-to-text. So you can type “where is the bus station” into it and it’ll translate that into Spanish or Mandarin or German, or you can have a friendly stranger who doesn’t share your language speak Portuguese or Italian or Japanese into the phone and it’ll turn it into English text. It also says it can translate images, so you can take a picture of a sign or menu and it’ll translate it.

[At this point in the presentation, a Chinese man came out and said the word “shvitzing.” The crowd laughed riotously.]

Samsung is also showing off something called HomeSync, which is basically a network-attached storage unit–a big hard drive that plugs in at home, which syncs all of your photos and videos and music out to a TV or to any of your phones.