Can a bold tablet-smartphone merger pay off? 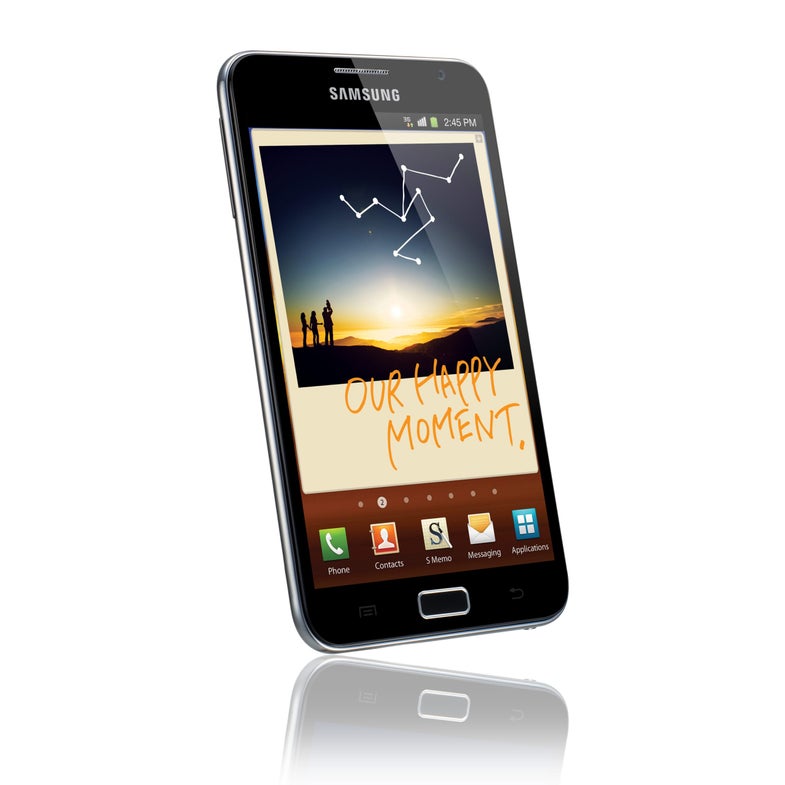 Taking a unique approach to device convergence, Samsung has chosen not to incorporate a phone into a tablet, or even a phone that clips into a computer. The Korean electronics company today announced a device that guides the smartphone and tablet together, meeting in the middle. The 5.3-inch Samsung Galaxy Note may at first glance appear to be a bloated Galaxy smartphone, but with the inclusion of a stylus and a totally new type of screen, Samsung claims the Note will take its place as the only device you’ll ever need.

Running on Android Gingerbread 2.3, the latest iteration of Google’s smartphone OS, the 6.3-ounce Note (comparison: the iPad 2 is 21.28 ounces, the iPhone 4 is 4.8 ounces) tilts more towards its cellphone brethren than its Galaxy Tab cousins–at least the newer, better Galaxy Tabs, which run Android Honeycomb. Granted, the device essentially has to run Gingerbread (designed for phones) over Honeycomb (designed for tablets), given the fact that Honeycomb doesn’t have a native phone app. But beyond that, Samsung has taken pains to give the Note the multi-pane feel of a larger-screen tablet. Within its upgraded version of TouchWix UX–TouchWiz is Samsung’s custom-made Android skin–users can split the screen into multiple panes from different apps, including the native TouchWiz IM, email and music apps. That means you can actually view, though not interact with, multiple apps at once–a tablet-like ability, and a unique one at that. Still, an eight-megapixel rear-facing and two-megapixel front-facing camera also smack significantly of a top-tier handset.

But what does the most to set the Note apart from being just an overblown smartphone is its stylus input. (We’ve seen styli before, even one we quite liked, but it never feels quite natural–perhaps it’ll feel better on the Note, since it’s been designed from the ground up for stylus use.) The approximately five-inch-long pen slips neatly into the posterior of the handset. While the 5.3-inch AMOLED touchscreen is by nature a touch-sensitive touch panel, once the stylus nears the screen, it triggers a magnetic current that switches the screen to a resistive panel. That switch allows the Note’s stylus-based input to respond not only to touch, but pressure. None of Samsung’s launch apps wil respond to such pressure, but the company says that third-party developers are already working with the stylus SDK to code pressure-responsive doodle and note-taking apps. Like a return to the Palm Pilot days of yore (note: RIP Palm/WebOS), the Note translates scrawled notes to editable text, it captures doodles, and it allows you to annotate and embellish existing files. It’s also a quicker and easier way to cut and paste text and images on-screen. There’s a concern with resistive screens that the layer of film required for resistive input can impair the clarity of the screen–it remains to be seen if that’s true for this screen in particular.

A bigger question, though, is if a half-tablet can succeed as a phone, and if a half-phone can succeed as a tablet. Holding the nearly six-inch slab up to my smallish face was, to say the least, odd-feeling. The microphone landed well below my chin, in a place sure to be muffled and obstructed by even the least-animated of conversations. For those with smaller pockets, the phablet (tablone?) may not be pocketable at all, which could be a deal-breaker for some.

On the more tablet-centric side, the Note is equipped with a 1.4-gigahertz dual-core processor and compatibility with both LTE and HSPA+ networks, meaning it could land on Verizon, AT&T, or T-Mobile. We all know what that means: plenty of power and bandwidth to stream high-def web video — that is, should Netflix ever roll out to the entire Android community (ahem, ahem). And the screen, while it’s not exactly as substantive as the much-lauded 10.1 Galaxy Tab, nor the also-just-announced 7.7-incher, is just enough of a step up from a Galaxy smartphone to make a noticeable difference in the viewing experience.

There’s currently no word on which U.S. carrier will release the Note, so naturally there’s also nary a clue as to how much it will cost. An educated guess would land a device like this somewhere around the $500 range; but again, that’s just one gal’s guess. We’ll keep you updated on the Note as we learn more.