Your next smartphone could be one of these groundbreaking gadgets 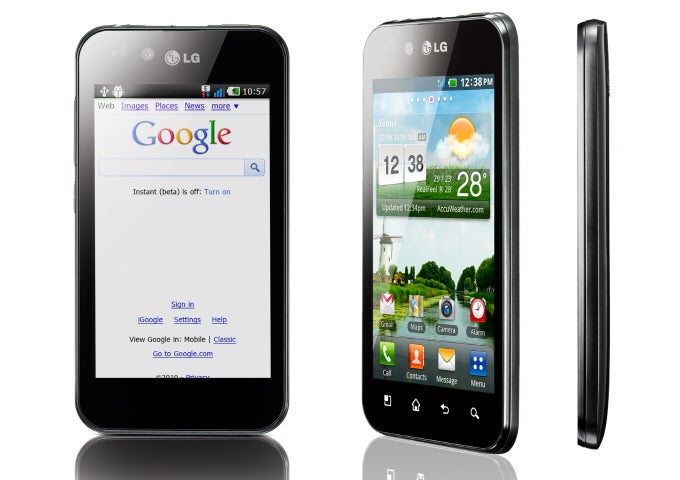 CES has barely started, and already the smartphones are coming fast and furious. It’s tough to keep track, especially when so many share similar specs, but there are some that you should know about. So far, we’ve got the LG Optimus Black (world’s thinnest), the Samsung Infuse 4G (with a massive 4.5-inch screen), and the Motorola Atrix 4G (which can turn into a laptop).

LG just announced the Optimus Black (pictured above), its new flagship Android smartphone, at its CES press conference, and it looks great–a 4-inch, ultra-thin device that not only rivals but actually bests the iPhone in dramatic thinness.

The Optimus Black’s 4-inch screen (the ideal size for an Android phone) uses LG’s new “NOVA” display, which LG claims is both brighter and more energy-efficient than competing LCD and AMOLED screens used by Samsung and HTC. No word on processor, but it’s a safe assumption that it’ll use a 1GHz processor. The phone itself is dramatically thin, at only 9.2mm–a full mm thinner than the already-thin iPhone 4. One design touch I really like is the use of an invisible mic grille, so the front of the phone is unmarred by unseemly holes or panels.

The phone will pack a 2MP front-facing camera for video chat, and will run Android 2.2 when it’s released worldwide sometime in the first half of 2011. LG says it’ll be upgraded to Android 2.3, the newest version of Android (which currently exists only on one phone, the Nexus S), but given that it’s running a customized version of Android, that upgrade may be slower than if it was using stock Android. No word on which network it’ll run on here in the States, but it looks like a really promising phone and we’ll keep you updated if we hear anything new. 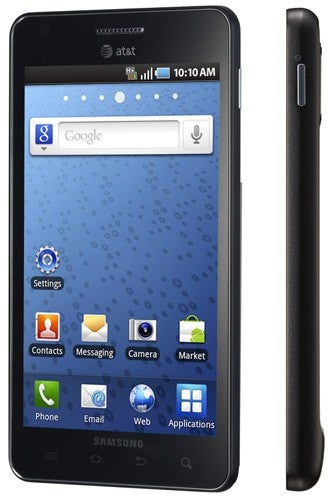 The Samsung Infuse 4G is one of AT&T’s first excursions into what they’re calling “4G.” In truth, the Infuse (and the Motorola Atrix 4G, below) both run on AT&T’s new HSPA+ network, which is pretty much the same kind of network T-Mobile’s been using for months. It’s not truly a fourth-generation network–that’ll come later this year, or next year, with a network called LTE–but more of a supercharged 3G network. Even so, the Infuse 4G will benefit from faster speeds than AT&T has ever had before, and the phone is beefed up to match its speeds.

One of the very first phones to use a super-fast 1.2GHz processor, the Infuse 4G also uses a next-gen screen Samsung’s calling Super AMOLED Plus–an improvement over the already-fantastic Super AMOLED used in Galaxy S phones. But the most obvious change? This thing is huge. It’s packing a 4.5-inch screen–bigger than the gargantuan pocket-stretching 4.3-inchers like the HTC Evo 4G and Motorola Droid X. This is a phone that may make you re-evaluate your wardrobe, and maybe have you pulling long-discarded cargo pants out of your closet.

But if you can cope with the huge screen, this is definitely a phone to watch. It’s bigger in every way: Bigger size, better screen, faster processor, faster network. 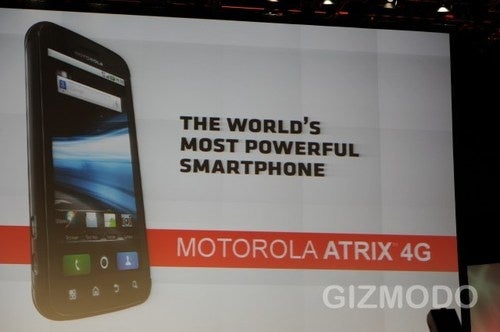 The Motorola Atrix 4G is one of the more peculiar phones we’ve seen so far. Like the Samsung Infuse 4G, it’s running on AT&T’s new HSPA+ network, but it has an even faster processor than the Infuse–it’s AT&T’s first dual-core smartphone. That’s a big deal–it means more power for multitasking, and has a whopping 1GB of memory and massive 1900mAh battery to help it with that task. Basically, this phone is more powerful than a top-of-the-line computer from five years ago. And going along with that comparison is the reason this phone is so noteworthy: its dock. 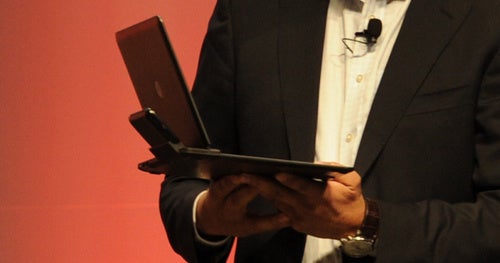 The Atrix actually docks into a laptop, giving you access to a laptop’s bigger screen, full-sized keyboard, and trackpad. Android is mostly unproven as a full desktop OS, but it’s certainly an interesting way of capitalizing on the Atrix’s prodigious power. We’re not sure about the specifics here–we’re assuming that the “laptop” is little more than a screen and keyboard, since the Atrix is beefy enough to power it without a supplemental processor or memory, but that’s just a guess. Hopefully we’ll find out more from Motorola later on.