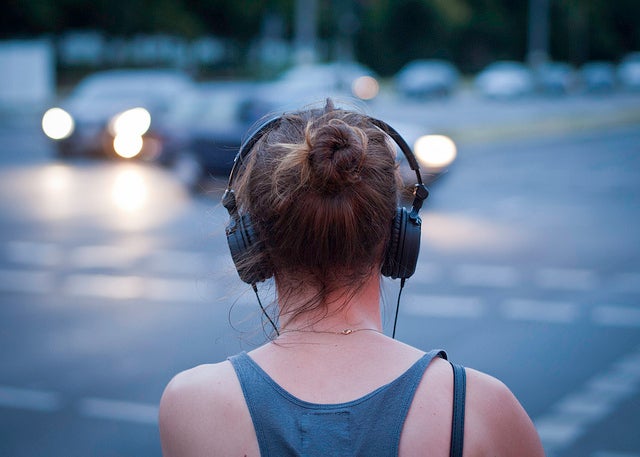 Cranking up the tunes today may lead to the inability to hear them tomorrow, according the World Health Organization. Young people tend to turn the volume too high on their mobile music devices, as well as frequent noisy concerts and clubs. As a result, over 1.1 billion people ages 12-35 are at risk of hearing loss, the WHO said in a recent statement.

Some studies have shown that the number of young people with damaged hearing has increased over the past decade, likely because of the heightened use of iPods and smartphones to play loud music. In 1994, 3.5 percent of American teens experienced hearing loss, but that number rose to 5 percent by 2006. To combat this increase, the WHO recommends listening to mobile devices for a maximum of one hour per day, and the volume should stay around 60 percent.

The idea is to minimize unsafe listening practices, which depend on two factors: how long you listen and how loud the sound is. The sound of a typical conversation is 60 decibels, which won’t cause any hearing problems. But an idling bulldozer is about 85 decibels, which can cause permanent damage after eight hours. Sounds like a clap of thunder or even a close vuvuzela clock in at 120 decibels, damaging hearing after just nine seconds. Hearing loss from these loud, sustained sounds can be immediate, or they build up over time as the delicate structures in the inner ear become more and more damaged.

However, headphones can be both good and bad for our auditory health, according to Kathleen Campbell, a professor at Southern Illinois University School of Medicine who specializes in audiology. Over-ear or noise-canceling headphones are ideal, because they encourage people to turn down the volume of the music they’re playing. People tend to prefer their music to be proportionally louder than any background noise, but if they can’t hear that noise, they’re not as inclined to turn up the music’s volume. Leaky headphones, however, make us more likely to turn up the volume, which can be bad news; headphones at maximum volume can impair hearing in just four minutes, and many young people don’t even realize that those deafening effects can be permanent.

To prevent hearing loss even further, WHO notes that headphone manufacturers and government regulators should do their part to develop listening devices that don’t irrevocably affect listeners. Loud venues like concerts or clubs should offer earplugs or quiet spaces where patrons can give their ears a break.

But in the meantime, WHO says it’s up to listeners to take care of their hearing. The type of music you listen to isn’t as important as its volume or duration, Campbell says, “but aficionados of different types of music tend to have different volume preferences.” Using noise-canceling headphones may help listeners resist the temptation to turn it up.