11 of NASA’s most out-of-this-world illustrations

The inspiration behind the exploration. 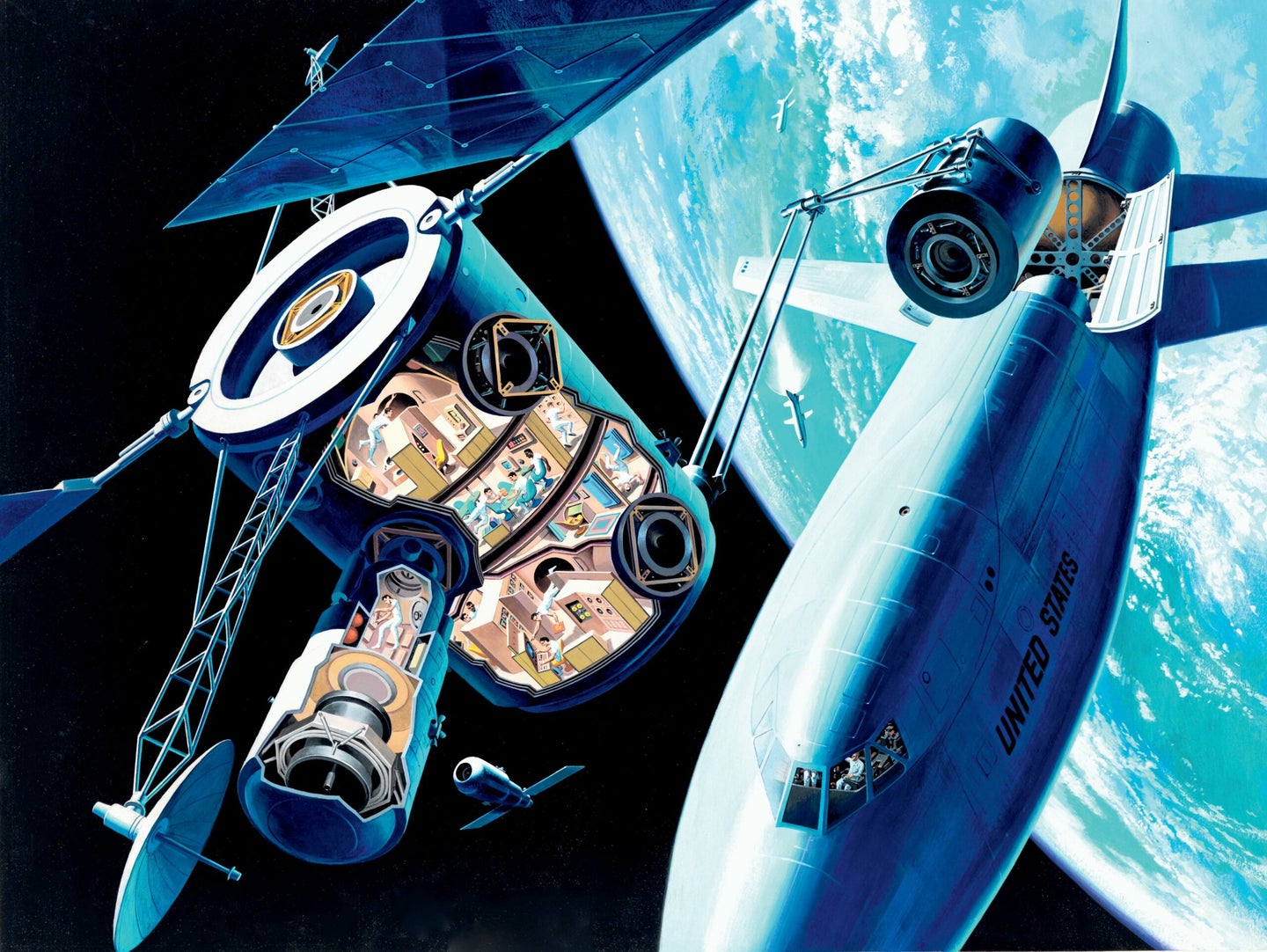 After the moon landing, the idea of life in space became more enticing than ever for scientists and artists alike, inspiring work like this 1970 drawing for National Geographic. NASA
SHARE

Artists often think outside the box. But when you’re hired by NASA, you have to literally think outside of this world. Over the last sixty-or-so years, in addition to its unprecedented scientific discoveries, NASA has also published some striking art pieces that portray ideas that range from the sci-fi proposals of the 50s and 60s to artistic recreations of real space adventures of the modern era.

The Art of NASA, a new compilation of some of the most creative, funky, and celestial masterpieces ever to grace the desks of space explorers and scientists, is out this week. Here’s a sampling of the outrageous work.

Correction: The headline was updated to include an accurate count of illustrations, which is 11 not 10.