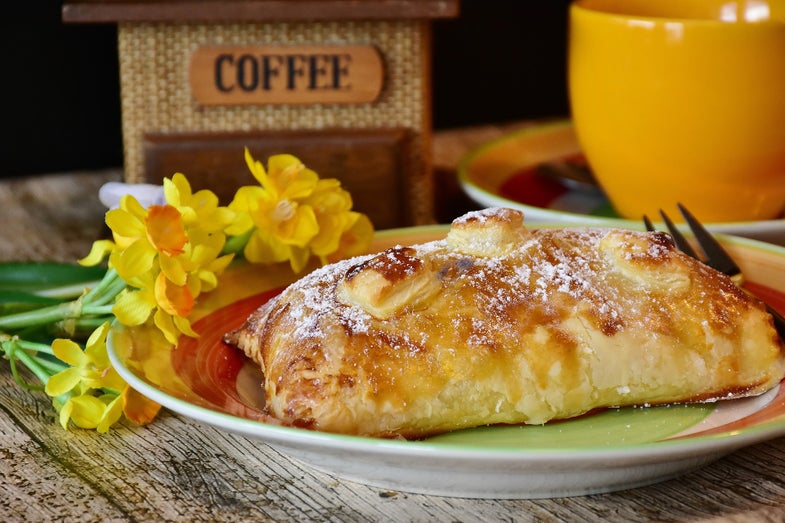 The following is an excerpt from Beyond Infinity by Eugenia Cheng.

Infinity exists, but can we ever get there? Can we ever do infinitely many things, perhaps if they’re infinitely small enough? Before we really look at how we can make sense of this, we’re going to think about things that seem to get so big they might almost be infinite, and times we seem to be doing something almost infinitely.

There’s an old conundrum about rice on a chessboard. The story is that a man asks for one grain of rice on the first square of a chessboard, double that on the second square, double that on the third square, and so on for every square until the chessboard is full. The question is: How much rice will he end up getting? The short answer is: rather a lot. But exactly how much?

It’s not a difficult question in principle, because you just have to keep multiplying by 2 and adding all the answers together until you’ve done all 64 squares. However, if you try this, you will discover that the numbers get big awfully quickly, much bigger than your calculator or even your computer can handle in normal settings (unless you have some special computational tools on there). There is a trick for speeding up the calculation, but you still end up having to deal with a very, very large number: 18,446,744,073,709,551,615 grains of rice.

Of course, we don’t usually measure rice in grains, except in absurd-sounding math questions. (I first heard about this question in a math lesson and tried to work out the answer by hand. I got it wrong.) So how much rice is this in practical terms? I just tried to weigh 1 g of rice and then count the grains, and it seemed to be about 50. So we could do this rough approximation:

This has 16 zeros on the end. The number of grains we had was 18,446,744,073,709,551,615, which is approximately 2 with 19 zeros on the end: that’s 3 more zeros, a factor of about 1000. So it looks like we could feed the world’s population for around 1000 years. (Not taking into account the fact that, the way we’re going at the moment, the world’s population is growing a lot each year.) My calculation was extremely crude, but gives the general idea: just by doing some innocuous doubling of quantities as you move around a chessboard, you quickly get to an impossible quantity of rice, more rice than currently exists in the world.

Puff pastry relies on the same principle, that repeated multiplication makes things grow extremely fast. Puff pastry has an apparently miraculous number of tiny layers in it, and they are created by folding the dough in three just six times. The dough has a thick layer of butter sandwiched in it to start, at just the right consistency so that when you roll it, the butter flattens neatly inside its sandwich. Then you fold it in three, making six layers, and chill it so that the layers stay firm and don’t start melding into each other. Then you roll it out, fold it in three and chill it again. You do this six times. Repeatedly multiplying by three makes the number of layers grow very fast, and then when you bake the pastry, the thin layers of butter melt, the liquid part of the butter evaporates and creates steam, and this pushes the layers apart so you can watch the pastry physically grow in the oven, not just the numbers abstractly growing.

This is my favorite demonstration of exponential growth. Informally, people say things are growing exponentially just to mean they’re growing a lot, which is sort of true, but the formal mathematical meaning is that it’s growing at the same proportional rate all the time. If I folded the puff pastry in three the first time, and then four, and then five, and then six, the number of layers would grow even faster, but it wouldn’t be exponential as the rate of multiplication is changing.

I love the fact that exponential growth directly translates into deliciousness in puff pastry. The multiple layers of pastry are not just dramatic and beautiful, but so thin that they melt away delicately in one’s mouth. Puff pastry has a reputation of being difficult to make, but I think the genius of the method is that the use of exponentials actually makes it rather easy to create those incredibly thin layers of pastry. After all, it would be very difficult to roll out such thin layers individually. And the whole point of mathematics should be to make difficult things easier.

Unfortunately it often comes across as a way of creating difficult things out of nowhere.

Excerpted from Beyond Infinity by Eugenia Cheng, published by Basic Books, March 2017. Published with permission.