Hundreds of thousands of men and women made millions of decisions that got the Apollo missions to the Moon in... 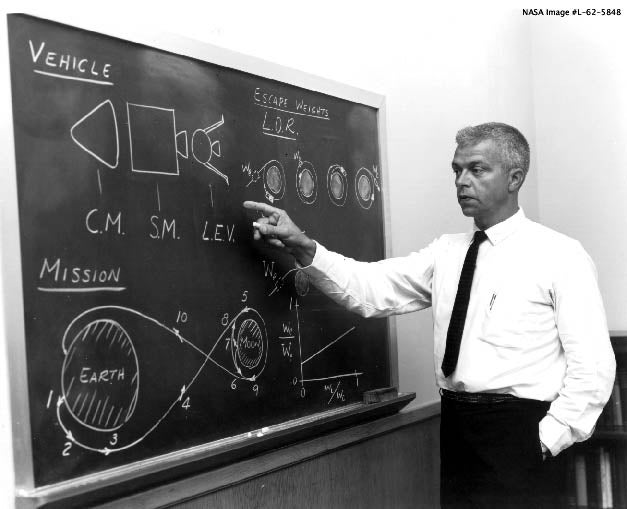 Hundreds of thousands of men and women made millions of decisions that got the Apollo missions to the Moon in the 1960s. But none was more important to the program’s success than John C. Houbolt’s decision to press for Lunar Orbit Rendezvous, that mission profile history has made us all familiar with. For more than a year LOR was the underdog mission type, and without Houbolt’s fierce championing it might never had seen the light of day. The Langley engineer, who died last week at 95, should be remembered for his role in Apollo’s success.

Planning a Trip to the Moon 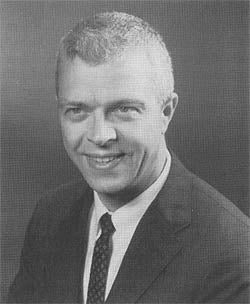 On May 25, 1961, Robert Gilruth was in an airplane somewhere over the midwest. The leader of NASA’s Space Task Group whose goal it was to get a man in orbit as part of the agency’s Mercury program, he was eager to hear President Kennedy’s statements before congress that afternoon; knowing a big announcement about America’s future in space was coming, Gilruth had asked the pilot to patch the broadcast in through the plane’s radio. When the Kennedy’s voice rang out, Gilruth was shocked at what he heard: the President wanted NASA to land a man on the Moon within the decade. The Apollo Program was born. It wasn’t the goal that surprised Gilruth; NASA had been talking about a Moon landing mission for months. It was the time frame that came as a surprise. Achieving the goal within the decade was the challenge only welcomes by some.

Among those excited by the new firm lunar landing goal were the engineers at NASA’s Langley Research Centre. Since the late 1950s, the centre’s aeronautical and airplane engineers at the were forced to expand their knowledge base to include flying through space. Like John Houbolt, a civil engineer turned aircraft structures expert who had been at Langley since 1942. After the Soviet Union launched Sputnik, he turned his attention to spaceflight and became a self-taught expert in orbital mechanics and space navigation. He was particularly interested in orbital dynamics and rendezvous missions, missions wherein two satellites or spacecraft would meet in space.

Houbolt had gained a reputation as an expert in and an outspoken proponent for rendezvous in spaceflight by 1959. He knew long-term goals like building a space station or refueling a spacecraft in orbit would demand rendezvous capability. And he wasn’t alone. By the spring of 1960, there were 11 separate rendezvous studies underway at Langley.

Where Houbolt had fewer allies was with his plan to go to the Moon with a rendezvous mission. In 1960, NASA was focused on a Direct Ascent lunar mission: launch a massive rocket to the Moon and have the spacecraft land. An alternative mission called Earth Orbit Rendezvous. used two smaller rockets to launch a spacecraft in two parts. Astronauts would assemble it in Earth orbit before heading to the Moon. Houbolt knew neither of these missions would work for Apollo since both needed impossibly large rockets to launch extremely heavy spacecraft. 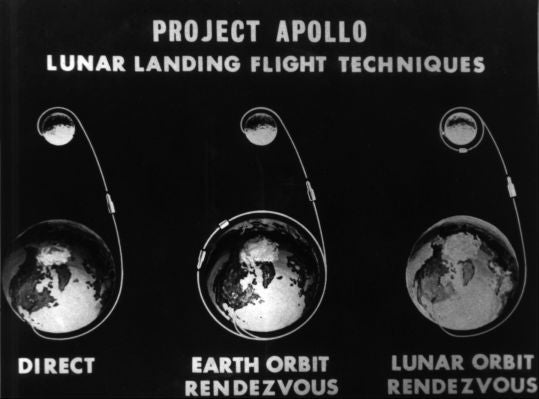 A comparison of lunar mission profiles.

If a mission could be done with a dedicated lunar landing vehicle, Houbolt reasoned, it would be a lot simpler. Leave the heavy main spacecraft and fuel in lunar orbit while a small lunar lander descends to the surface. Divide the spacecraft and your whole mission becomes lighter and easier to deal with. The tricky part would be the rendezvous around the Moon to reconnect the lunar lander with the main spacecraft, but it wasn’t impossible.

Houbolt first pitched Lunar Orbit Rendezvous directly to NASA Associate Administrator Robert Seamans. Seamans was intrigued; he’d worked on satellite interceptor technology prior to joining NASA so had some familiarity with these kinds of delicate maneuvers. Houbolt’s next two pitches for an LOR mission, one in November of 1960 to the U.S. Air Force Scientific Advisory Board at the Pentagon and another on December 10 to the Space Task Group, were less well received.

Houbolt made one more presentation in 1960 in December at NASA Headquarters in Washington, and his opposition finally gained a voice. Max Faget, a fellow Langley engineer and the designer behind the Mercury spacecraft, publicly and openly accused Houbolt of lying. There was no way an LOR mission could save as much as Houbolt said, declared Faget. Two spacecraft were bound to be heavier than one. Unfortunately for Houbolt, the advantages of his mission were purely theoretical al the time. It was viewed as an intellectually interesting but remained the underdog. Houbolt became an outcast along with his rendezvous mission. No one was taking him or his idea seriously.

Six days before Kennedy called for America to land a man on the Moon within the decade, Houbolt made a bold move. Trusting that Seamans’ interest in rendezvous was genuine, he bypassed several organizational layers and sent a letter directly to the associate administrator. In the letter Houbolt called the indecision over a lunar mission profile deplorable and chastised NASA for not considering ways to make the whole mission lighter and simpler. 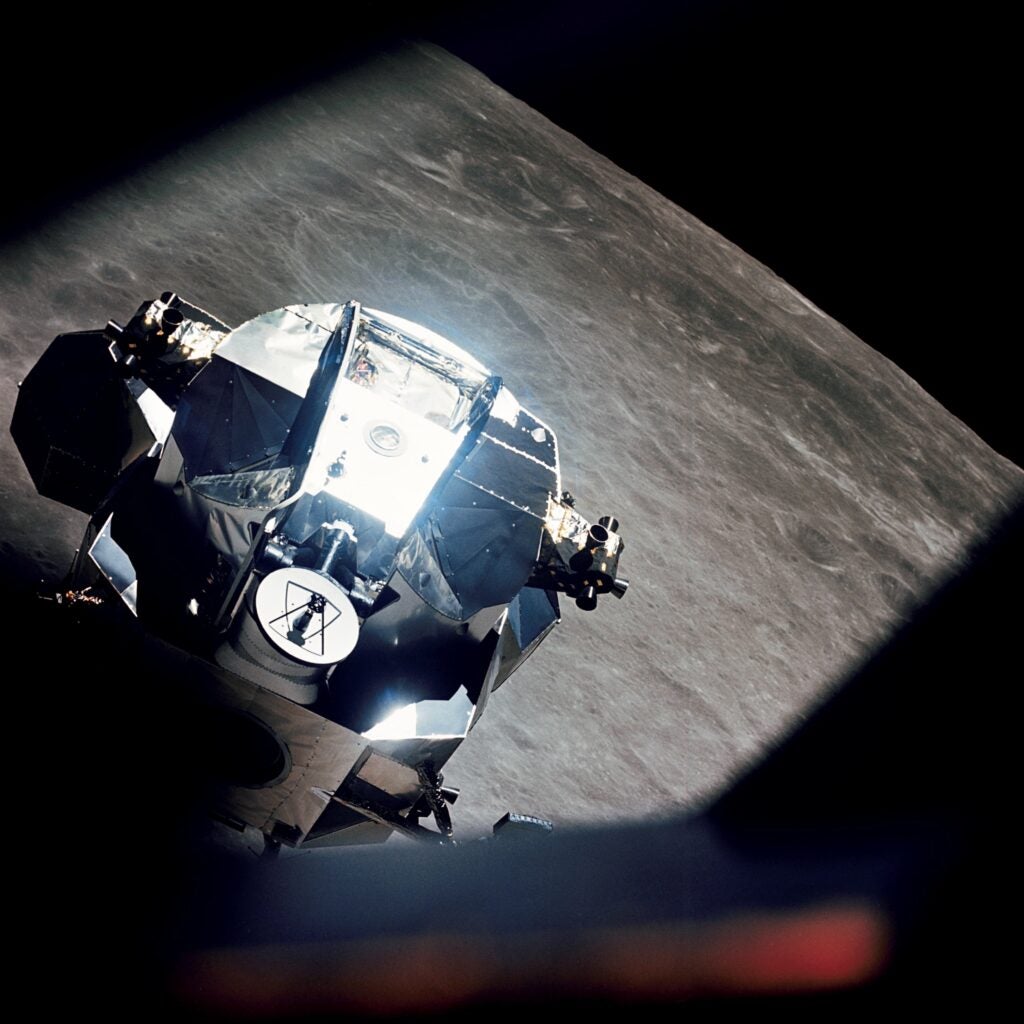 Houbolt’s crusade continued. He wrote a report outlining the benefits and methodology of a lunar orbit rendezvous mission. It was, again, well received as an intellectual exercise but summarily dismissed as a realistic way to get to the Moon. Another two volume report called “Manned Lunar Landing through Use of Lunar Orbit Rendezvous” also fell on deaf ears. Direct Ascent remained the leading profile for a lunar landing mission profile.

Throughout 1961 Houbolt failed to gain any traction with his rendezvous mission plan. He took matters into his own hands, and, on November 15, 1961, made a foolhardy move that might have cost him his job: he wrote a second letter directly to Seamans, once again passing over all official channels. This letter pled Lunar Orbit Rendezvous’ case. “Somewhat as a voice in the wilderness,” the letter famously began, “I would like to pass on a few thoughts that have been of deep concern to me over recent months.” He then spent the remaining nine pages of the missive outlining the challenges facing Apollo to highlight the ease, simplicity, and most importantly the timeliness of a lunar rendezvous mission.

Luckily for Houbolt, new faces at NASA didn’t have a long-standing aversion to the LOR mission. Among the recruits to join the agency in January of 1962 was Dr. Joseph Shea, NASA’s new Deputy Director of Systems at the Office of Manned Spaceflight. Shea approached the problem of a lunar mission profile unbiased and with an open mind. He carefully considered the various mission proposals and couldn’t ignore what the numbers told him: Lunar Orbit Rendezvous was the the only way Apollo would get to the Moon within the decade. In the months that followed, further studies continued to highlight the benefits of Lunar Orbit Rendezvous. Eventually all NASA centers and personnel were on board. NASA announced Apollo would be doing a rendezvous around the Moon on July 11, 1962.

The certificate NASA awarded Houbolt for his work with LOR.

Whether the lunar orbit rendezvous mission would ultimately have been selected without Houbolt’s involvement is a matter of conjecture. It’s possible that the idea would have surfaced eventually as managers probed every possible way of reaching the Moon within the decade. Or, it’s possible that an idea as counterintuitive as lunar orbit rendezvous would never have been seriously considered without Houbolt pressing the issue and taking professional risks with letters addressed to top NASA management. In any case, of the thousands of technological and managerial decisions that enabled Apollo’s success, none played as vital a role as the selection of the LOR mission profile. The Apollo program, and everyone who loves it, owes a debt of gratitude to John Houbolt.

Sources: LOR Press Conference; “Enchanted Rendezvous” by James Hansen; the Apollo Program Chronologies. Also, watch the episode “Spider” of From the Earth to the Moon. It’s all about LOR and the Lunar Module and it’s fantastic!