To The Moon With C-1s Or Bust!

Before President Kennedy promised America the Moon, NASA was already planning its manned lunar landing mission. What the spacecraft would... 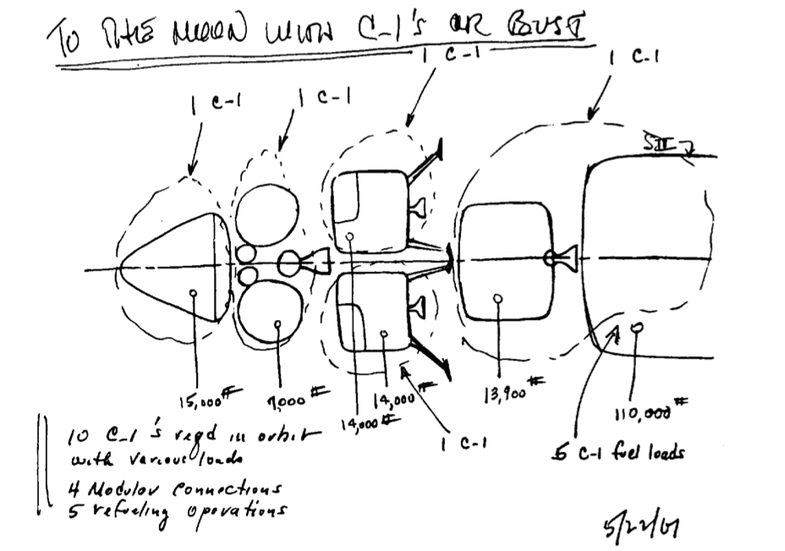 Before President Kennedy promised America the Moon, NASA was already planning its manned lunar landing mission. What the spacecraft would look like and what rocket would launch it were major questions without obvious answers, but for the engineers at NASA’s Langley Research Centre, rendezvous — having two spacecraft meet and connect in space — was expected to be a key maneuver. The only unknown was whether the rendezvous would happen in Earth or lunar orbit, though in 1961 the former was the preferred method. Earth Orbit Rendezvous is the method John Bird sketched out in 1961 with the caption “To the Moon with C-1s or Bust.” Here’s what this mission would have looked like. 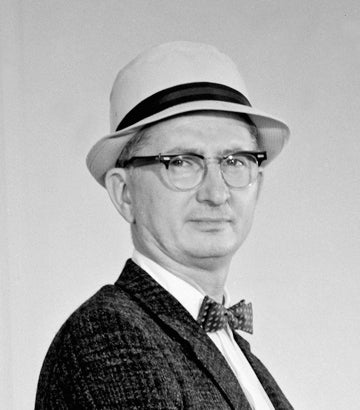 The first missions to the Moon were designed with one central assumption: that the entire spacecraft would land on the Moon, launch from its surface, then return to Earth. This meant, by default, that the spacecraft would be huge and heavy. It would have to carry all the fuel for the multistage mission and provisions to set up a launch site on the Moon without the help of specially trained ground crews.

Following this model, early estimates said the spacecraft could be as large as the Atlas rocket, the nearly 100-foot launch vehicle that sent the last four Mercury missions into orbit. To launch a spacecraft that big directly to the Moon required a massive rocket like Nova, the never-built rocket with eight engines in its first stage, three more than the Saturn V eventually had.

The alternative mission had astronauts assemble the same spacecraft in Earth orbit, a mission that required complicated rendezvous maneuvers but took a simpler path to orbit. Because each piece is lighter than the whole spacecraft, NASA could launch the mission on multiple smaller rockets. This is the mission, properly called an Earth Orbit rendezvous mission, that John Bird sketched out.

John Bird was an engineer at Langley, and in the early 1960s he worked on designs for a dedicated lunar landing vehicle as part of the centre’s studies into a potential Lunar Orbit Rendezvous mission (the mission profile eventually adopted by Apollo). Among Bird’s areas of expertise was the intricate business of assembling a spacecraft in Earth orbit. He became enough of an expert in the subject to be the voice of Earth orbital rendezvous maneuvers during meeting and presentations.

Bird’s sketch shows an Earth Orbit Rendezvous spacecraft configuration wherein the lunar spacecraft is assembled using ten C-1 rockets, the rocket that eventually became the Saturn I. According to this plan, NASA would have needed ten C-1s to launch this mission. 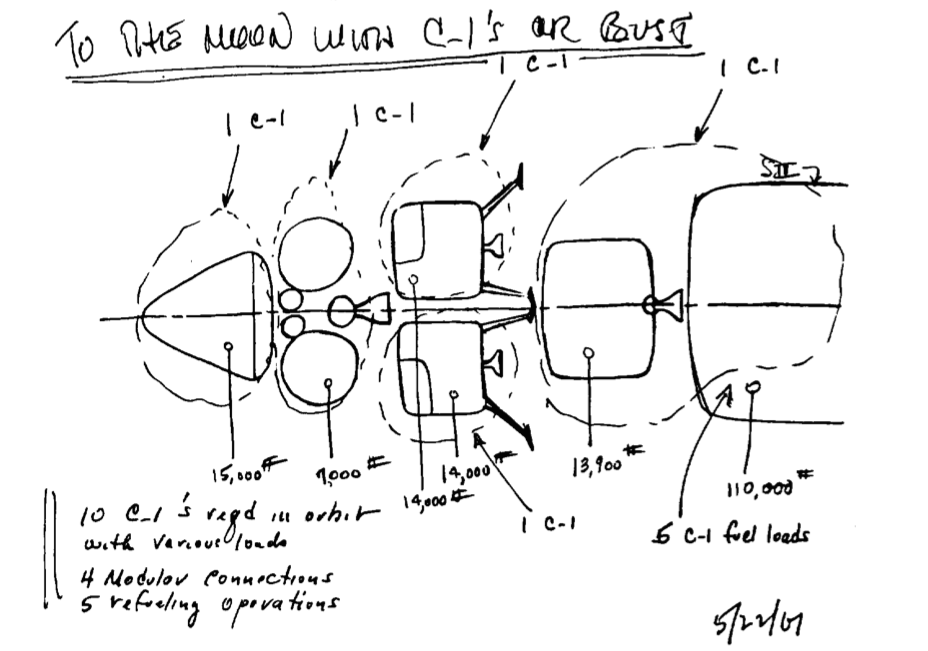 Bird’s “To the Moon or Bust” Sketch

Not only would it have been a challenge to launch all ten C-1s in quick enough succession to keep the mission running on schedule, it would have been a real feat for a crew to undertake all the rendezvous maneuvers to get every piece lined up in the right spot and docked. And all that before going to the Moon for a landing mission! Still, launching multiple rockets was preferred method for a lot of NASA centers. It forced development of rendezvous capability and promised jobs for the men and women who built the rockets.

“To the Moon with C-1s or Bust” was evidently the theme of the day at Langley on May 22, 1961, the day John Bird drew this sketch. These hand drawn concepts for missions are such a fascinating look into futures that didn’t materialize that they’re well worth sharing.