The Recipe for Apollo 13’s Disaster

Aside from Apollo 11, Apollo 13 is probably the most recognized mission of NASA’s lunar landing program. Called the successful... 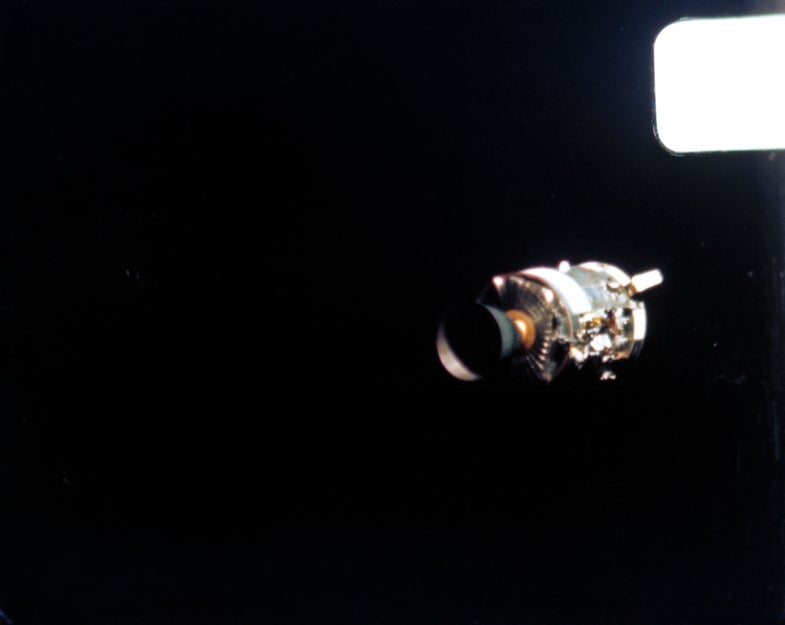 Aside from Apollo 11, Apollo 13 is probably the most recognized mission of NASA’s lunar landing program. Called the successful failure, this third lunar landing mission was aborted when an oxygen tank exploded and crippled the spacecraft. Most retellings of Apollo 13’s mission focus on what happened next, how NASA engineers and technicians worked around the clock to bring the crew home safely. But there’s another side to the story that’s less familiar: what happened to the spacecraft before launch that set the stage for disaster in the first place? 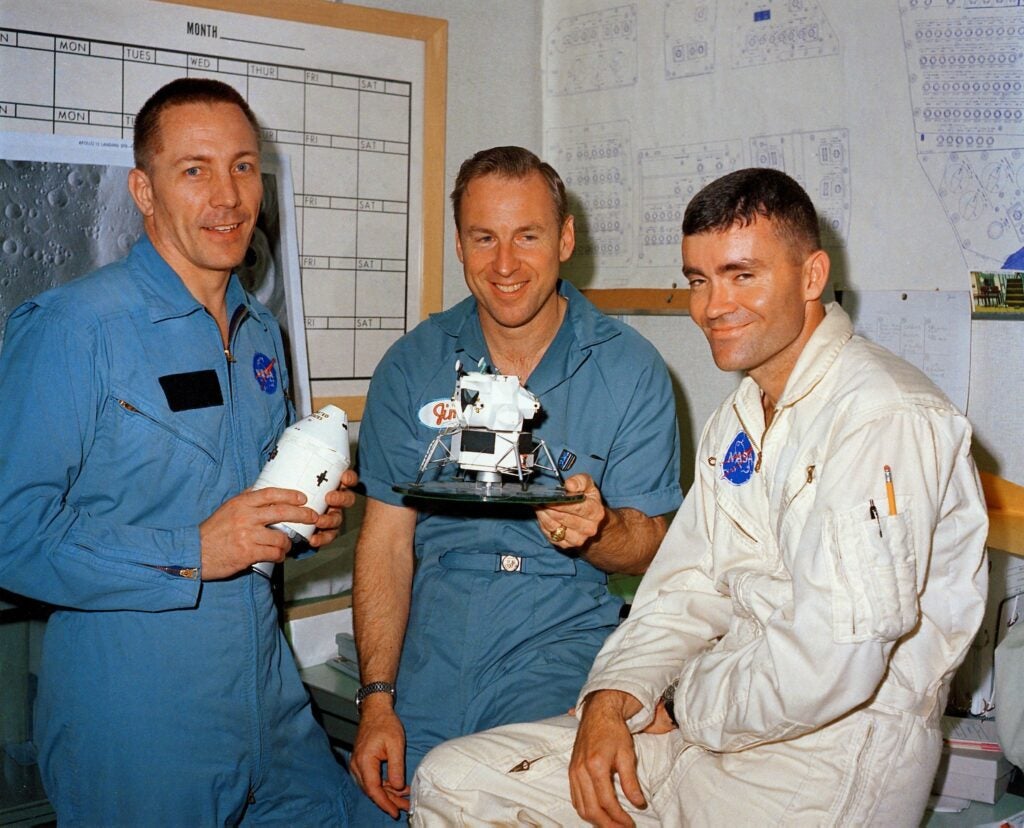 Swigert, Lovell, and Haise the day before launch.

Apollo 13 launched on Saturday April 11, 1970 at 1:13 in the afternoon with commander Jim Lovell, lunar module pilot Fred Haise, and command module pilot Jack Swigert. And it wasn’t flawless. Five and a half minutes after liftoff, the crew felt a vibration in the spacecraft as the centre J-2 engine of their S-II second stage shut down two minutes ahead of schedule. Compensating for the loss of thrust, the remaining four S-II engines burned and 34 seconds longer and the S-IVB third stage burned an extra nine seconds to get the spacecraft into orbit. Apollo 13 was quickly back on track, and the next two days saw a smoother flight than any previous mission. Forty-six hours and 43 minutes after launch, just after waking the crew from a rest period, the Capcom on duty (possibly Jack Lousma) told the crew just how well things were going. The “spacecraft is in real good shape as far as we’re concerned, Jim. We’re bored to tears down here.”

Things got less boring just nine hours later. Fifty-five hours and 54 minutes after launch, after a routine stir of their cryogenic oxygen tanks housed in the cylindrical service module, the crew felt a bang ripple through their spacecraft. A caution and warning light lit up on the control panel. They got a Main B Bus undervolt warning indicating one of the two electrical units that supplied the spacecraft with power was low. Within two minutes, they got a Main Bus A undervolt as well. The fuel cells didn’t seem to be putting out any power. Fourteen minutes after the initial call, commander Jim Lovell told Capcom Lousma that their oxygen tank 2 was empty. Looking out window 1, the commander saw the spacecraft was venting a gas into space.

Pictures of the damaged service module and post-accident analysis revealed that oxygen tank 2 had exploded with enough force to rip a panel off the spacecraft and damage oxygen tank 1 in the process. These two tanks provided the crew with air as well as power via three fuel cells that combined the oxygen with cryogenically stored hydrogen. Without their oxygen supply, there was no air and no power. The crew was forced to power down their gumdrop shaped command module — they needed to conserve its batteries for Earth reentry — and used the lunar module as a lifeboat for the duration of the mission.

Clever use of now scant on board consumables kept the crew alive for the four days they needed to swing around the Moon and return to Earth. They splashed down on April 17. Two days later, NASA created a task force to figure out not only what had happened on Apollo 13 but how to ensure it never happened again. The post-flight investigation focussed on the history of oxygen tank 2, serial number 10024X-TA0009, to explain why it ruptured during a routine procedure.

On February 26, 1966, North American Aviation, the contractor behind the Apollo spacecraft, awarded a contract to the Beech Aircraft Corporation for the service module’s cryogenic gas storage tanks. The oxygen tank Beech developed was a spherical structure with an inner and outer shell and a dome over the top to enclose the paths into and out of the tank — the lines that carried fluids, electrical power, and signals. The space between the shells and inside the dome enclosure was filled with insulation. Inside the tank were two thin cylindrical units. One was a heater tube with heating coils and two small fans designed to stir the tanks contents and prevent stratification. As a safety measure, a thermostatic switch on the heating unit opened the tank circuit when its temperature hit 80 degrees Fahrenheit. The other unit inside the tank was a quantity probe used to measure the amount of fluid in the tank. Once assembled, with the tank structure welded together and the inside units bolted in place, it was impossible to see what was going on inside the tank. 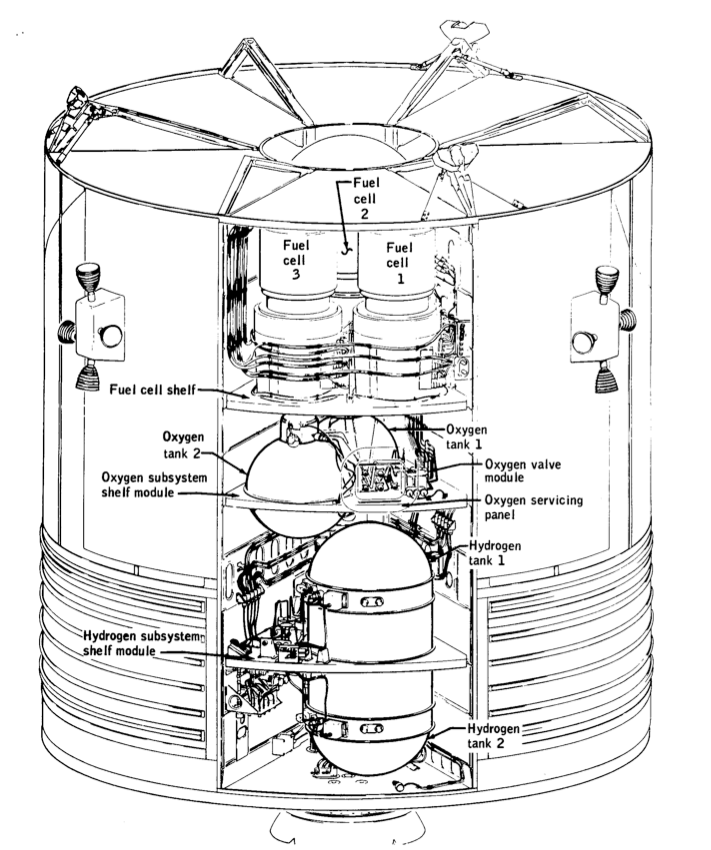 The manufacture of oxygen tank 10024X-TA0009 began in 1966. Initial tests at Beech uncovered minor flaws. The tank being disassembled, the heater and fan replaced, and the tank reassembled. Tests resumed, and though there were still a few problems with the tank it was deemed acceptable and shipped to North American on May 3, 1967. It was paired with oxygen tank 10024X-TA0008 – there were two oxygen tanks inside each Apollo spacecraft – and mounted in oxygen shelf 0632AAG3277. On June 4, 1968, the shelf was installed in service module 106, the vehicle assigned to the Apollo 10 mission.

Tests of the oxygen tank shelf assembly as part of the service module’s entire system revealed no anomalies, but unmanned Apollo missions revealed a flaw in the design of the pumps installed in the tanks’ domes. The flaw was serious enough that all units had to be modified before they could fly. An updated oxygen shelf was approved to replace the unit in spacecraft 106, meaning shelf 0632AAG3277 would have to be removed and modified before it could be installed in another spacecraft.

The shelf removal happened on October 21, 1968, and it was a bit of a tricky process. After the necessary wires were disconnected and the bolts holding the shelf in place removed, a fixture suspended from a crane was placed under the shelf, lifting it gently up and out of the spacecraft. But one of the bolt hadn’t been removed, and when the tank was lifted it caught on the bolt. The fixture broke and the shelf fell about 2 inches, settling back into its installed position. The stray bolt was removed, and the second attempt to remove the tank was successful.

No one thought too much of the incident. Engineers calculated the forces associated with a 2 inch drop and determined that it was highly unlikely the tank had been damaged when it fell. (Only later was the trajectory of the falling tank revised: it’s possible that the tank’s cap hit the fuel cell shelf installed above the oxygen shelf before bouncing as it settled back into place after the drop.) The tanks were updated, and in January of 1969 the shelf was installed in service module 109. A month later, the spacecraft as assigned to Apollo 13.

It wasn’t until March of 1970, during countdown demonstration tests at NASA’s Kennedy Spaceflight Centre leading up to Apollo 13’s launch, that problem cropped up with oxygen tank 2. Technicians were able to pressurize the tank without any problems, but it didn’t empty as designed. The difficulty suggested there might be a leak in the path between the fill line and the quantity probe that was allowing gaseous oxygen to vent from the tank but prevent the liquid oxygen from escaping. The same anomaly appeared during a second tanking and detanking test. To empty the tank, NASA decided to try boiling off the oxygen using the tank’s heaters and fans to heat it. Technicians cycled the tank — filling it and depressurizing it — with the fan and heater running. A fill test on March 30, 12 days before Apollo 13’s scheduled launch, saw the same problem: both oxygen tanks could be filled without a problem, but tank 2 needed its heater and fan turned on to empty at the end of the test. Still, it could be filled without a problem, and that’s what mattered. Without giving any thought to tank 2’s heater, the decision was made to launch Apollo 13 with the troublesome oxygen tank.

It turned out tank 2’s heater was a big part of the problem. Tests after Apollo 13 was safely home found that the thermostatic switch on the heating unit failed when the heaters were powered from a 65 volt power supply, the kind technicians at Kennedy had been using when they ran tanking and detanking cycles with the heater running. The switches were designed and optimized for use with the spacecraft’s lower, 28V power supply. The pre-launch testing at Kennedy had left those safety switches non-operational. With the heater running for hours at a time during detanking tests, it’s possible the tank rose to 1,000 degrees Fahrenheit, damaging the tank’s insulation in the process and leaving wiring susceptible to a short circuit. 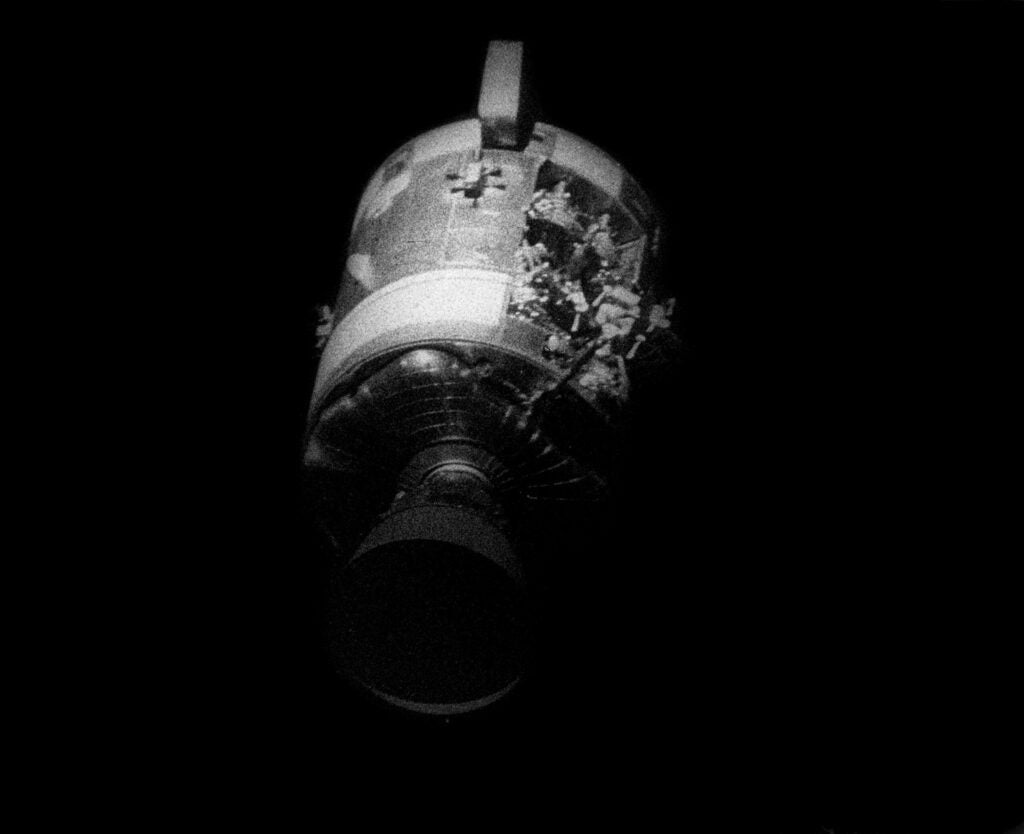 A closer look at the damage to Apollo 13’s service module.

In reading electrical data gathered and stored by the spacecraft, the review board was able to reconstruct what happened 55 hours and 55 minutes into Apollo 13’s mission. When Swigert initiated the cryo stir, the electric current that traveled into the tank to activate the fan led to a short circuit of the tank’s whole electrical system and an arc between wires. In an tank pressurized with super critical oxygen, made of materials that can react chemically with this liquid, and with damaged insulation, the arc caused combustion, which quickly propagated with explosive power. Tank 2 was destroyed taking enough vital parts of tank 1 with it, making it impossible for Apollo 13 to complete its mission.

The incident was officially chalked up to an unusual combination of human error throughout the tank’s lifetime and a flawed design.

A handful of fairly significant changes were made to the inner workings of the service module’s cryogenic oxygen system in the wake of the Apollo 13 disaster. The fans designed to stir the tanks were deleted and the quantity gaging probe was switched from an aluminum unit to one made of stainless steel. The tank heating units were changed such that three separate elements could be operated individually. The thermal switches that had failed on tank 2 were removed entirely. Finally, all wiring associated with the fans was insulated with magnesium oxide and sheathed with stainless steel. There were changes made to the system as a whole, too. A third cryogenic oxygen tank was installed inside the service module along with auxiliary battery to provide emergency power. The first revised service module, spacecraft 110, flew on Apollo 14 in February 0f 1971. All the changes worked perfectly; there were no significant anomalies with the service module on NASA successful third lunar landing mission.

Bonus fun fact: Apollo flight director Gerry Griffin served as a technical consultant on Ron Howard’s 1995 movie “Apollo 13.” Griffin told me that Howard added background movement, like people rushing around in hallways, to increase the feeling of chaos and add to the overall frantic atmosphere when in reality things were somewhat more orderly. These guys were professionals after all!