Christmas, for space fans, is often synonymous with Apollo 8, the first manned mission NASA launched to the Moon in... 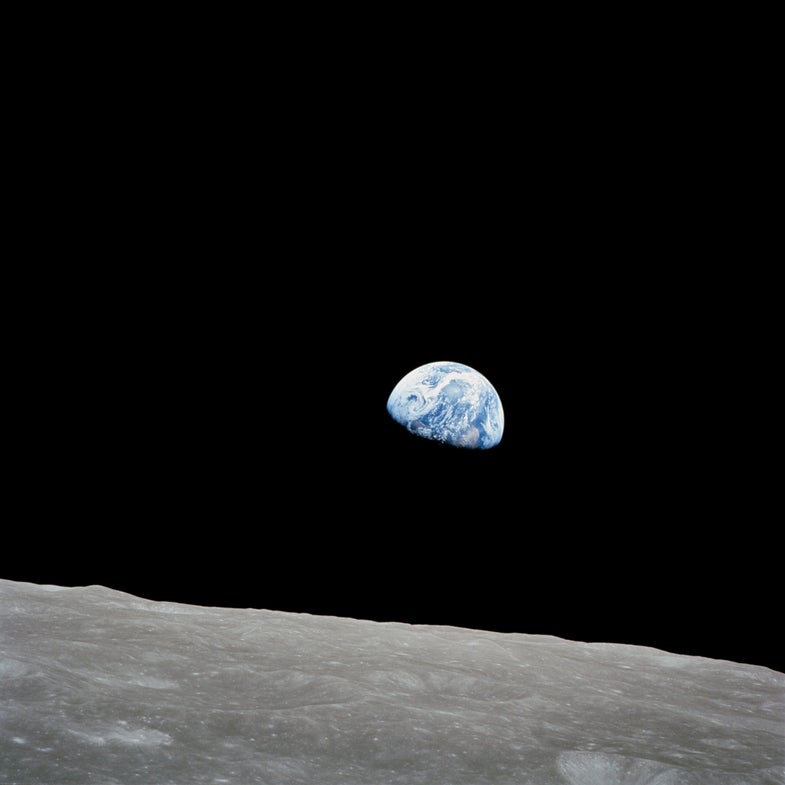 Christmas, for space fans, is often synonymous with Apollo 8, the first manned mission NASA launched to the Moon in 1968. But it also brings to mind the first ever live concert in space, Gemini 6’s static rendition of Jingle Bells.

The mission broke with NASA’s intended plan for Apollo. The agency had wanted to test the lunar spacecraft — the main command-service modules and the lunar module — in Earth orbit before sending any mission a quarter of a million miles away. But in August of 1968, the lunar module was falling so badly behind schedule that NASA managers came up with a novel idea. The Saturn V was ready for a manned mission, so why not take a command-service module to the Moon without a lunar module? The mission obviously couldn’t land, but it would prove the core spacecraft was up to the challenge of going to the Moon and getting the crew — Frank Borman, Jim Lovell, and Bill Anders — back safely.

Apollo 8 launched on December 21, 1968, and went into orbit around the Moon on Christmas Eve. While in orbit, the crew famously did a live TV broadcast wherein they read from the Book of Genesis. It angered a lot of people, specifically Madalyn Murray O’Hair, who filed a lawsuit against the space agency.

Two years ago on the mission’s 45th anniversary, I “live” tweeted Apollo 8! Look back on minutia of that flight here, though the tweets come through in reverse chronological order, sadly!

So a Bible reading might have been too far for the agency, but a Christmas song in orbit didn’t garner the same negative reaction. On December 4, Jim Lovell and Bill Anders launched on a two-week long duration mission aboard Gemini 7. Their orbital monotony was punctuated by a visit from Wally Schirra and Tom Stafford on Gemini 6. This second crew launched on December 15 with one goal: rendezvous with Gemini 7. The rendezvous was successful, and it gave us some pretty incredible pictures of that spacecraft in orbit.

After a little more than a day in space, Gemini 6 was getting ready to return to Earth when the crew reported seeing a UFO. They said it looked like a command module with eight smaller modules up front piloted by a commander in red, traveling from north to south around the planet. Then they treated an unsuspecting Gemini 7 crew and mission control to a rendition of Jingle Bells with Schirra on a four-hole, eight-note Little Lady harmonica from Hohner with Stafford playing accompaniment on a set of five miniature bells.