Mars died billions of years ago, and its guts are still spilling into space

The planet is still drying out today. And faster than expected. 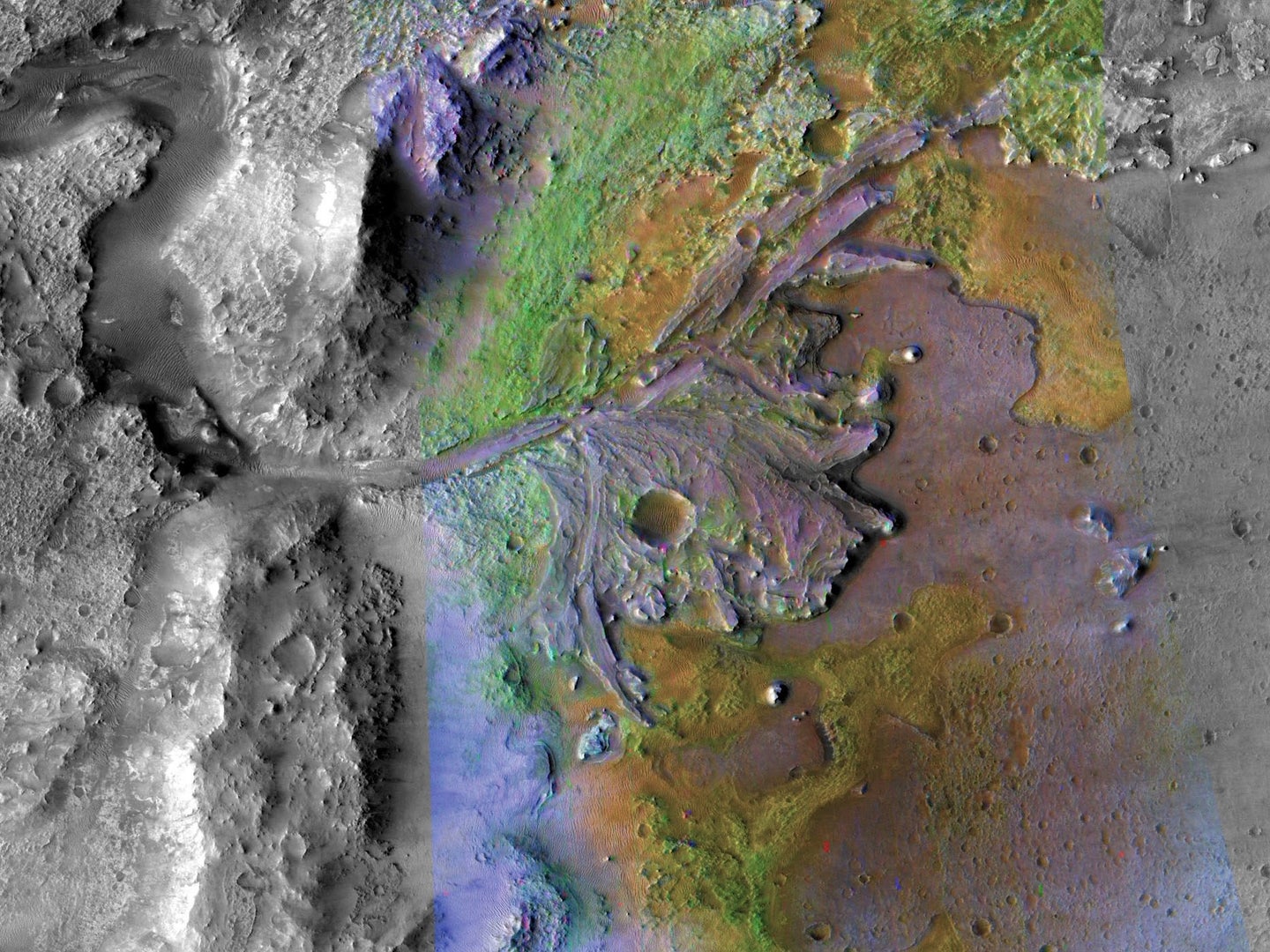 Jezero Crater, the destination of the Perseverance rover, is one of many sites on Mars where ancient water flowed, suggesting that the planet once had a thicker atmosphere. NASA/JPL-Caltech/MSSS/JHU-APL
SHARE

The Red Planet is a dead planet, but it may not have always been that way. Rovers and satellites have found clear evidence that the dusty Martian plains once flowed with rivers, which pooled into giant lakes, and perhaps fed into a global ocean. Warm and wet, ancient Mars may have offered a comfy climate for any emerging microbes, much like Earth did.

How times have changed. Billions of years later, Earth remains a blue marble while Mars has become a dry husk of its former self. While most of the desiccation resulted from the calamitous loss of Mars’s atmosphere, the planet has kept some of its water. But even that meager supply is leaking away.

So how did Mars die? After repeatedly skimming the upper reaches of the Martian atmosphere with an orbiting probe, researchers have another piece of the puzzle—they discovered that H2O molecules are somehow slipping past a protective atmospheric barrier much more easily than predicted.

“This was unexpected,” says Shane Stone, a planetary chemist at the University of Arizona and an author of the recent research, which was published today in Science. “When water is destroyed, the destruction is close to the edge of the atmosphere and it can escape quite readily.”

In the early days of the solar system, baby Mars probably didn’t look so different from baby Earth. Both planets had molten cores of electrically charged metal. The metals churned with liquid currents, erecting magnetic barriers around the planets. These magnetic fields repelled both the solar wind and electrical assaults from frequent flares during the sun’s tumultuous youth, protecting planets’ the nascent atmospheres. Enveloped by thick layers of air, water streamed on both surfaces.

But Mars was too small to have a real shot at staying habitable in the long run. It cooled down faster than its larger sibling did. The core congealed. The protective magnetic barrier fell. And the sun blasted away much of the atmosphere. Most of the liquid water on the surface soon followed it into space. Reconstructing this three-billion-year history has been the main task of the Mars Atmosphere and Volatile EvolutioN (MAVEN) satellite, which has orbited the Red Planet since 2014.

Now new measurements from MAVEN have added new details to the most recent chapter in the Martian water exodus.

Since the late 1960s, planetary scientists had assumed that Mars’s surviving stores of H2O were relatively safe. Blocks of ice on or near the surface would steadily transform into molecules of water vapor, which would rise into the thin atmosphere until it got too cold and they condensed into clouds. The same barrier of chilly air—the “hygropause”—protects water on Earth by trapping it into clouds and preventing the hydrogen from floating away.

Then came MAVEN, which dips into the edge of the atmosphere with every orbit and directly samples the ions that come from Martian water. Reconstructing the original molecules, Stone and his colleagues were surprised to find that plenty of H2O was wafting about at more than 90 miles above the surface—way above the hygropause. Water that high up in the atmosphere is destined to be smashed into oxygen. The oxygen continues to break down, while the hydrogen is light enough to flit away from the planet forever.

By analyzing how the upper atmosphere’s water content changes over time, the team also uncovered two hints as to why Mars has such a lousy hygropause.

First, MAVEN detected an atmosphere that got drier in the winter and damper in the summer. Second, the spacecraft has been orbiting Mars for long enough to bear witness to a couple of regional dust storms, during which the water content jumped. The orbiter also happened to be operating during a dust storm in June of 2018 (a once-in-a-decade event so ferocious it killed the Opportunity rover), which caused moisture in the upper atmosphere to leap to roughly twenty times its normal levels.

These trends, Stone says, strongly suggest that Mars’s hygropause regularly breaks down because the atmosphere gets too warm, such as when the planet draws closer to the sun during the summer months, or when the atmosphere swirls with dust. Independent temperature readings from another spacecraft confirmed that the atmosphere’s wet periods line up with its relative heat waves.

While the Martian hygropause was never supposed to form a perfect seal, MAVEN’s measurements suggest that it leaks far more than predicted. Over the last billion years, seasonable warming, annual regional dust storms, and decadal superstorms have caused Mars to lose enough water that could cover the planet in a global ocean two feet deep, the researchers estimated. That’s just a few percent of the water Mars has lost over its entire history (which would be enough to flood the planet in an ocean many dozens to hundreds of feet deep), Stone says, but it’s the main way the planet continues to dry out today.

While the dehydration of Mars would have devastated any life clinging to its surface, terrestrial organisms can breathe easy knowing that we won’t suffer quite the same fate. Earth does constantly lose H2O to “atmospheric escape,” but at a rate that’s far too slow to be of any concern, according to Stone. Rather, our planet has one to two billion years left of being blue, after which a brighter sun will evaporate our oceans, cranking up the thermostat to a few hundred degrees.