Monarch butterfly development is cooler than we thought

Warmer winters could have a surprising impact. 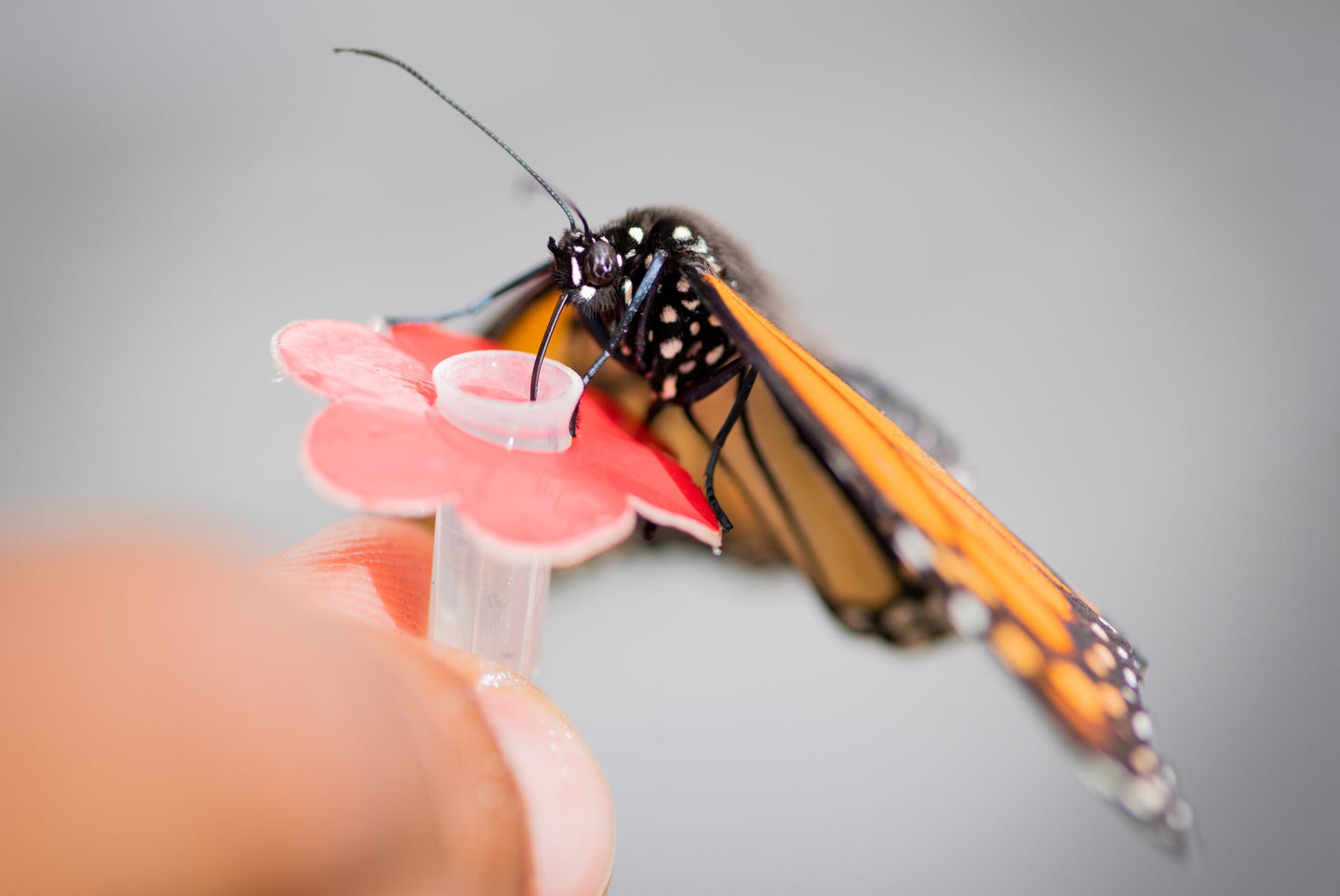 The wake-up time of monarch butterflies, long thought to be triggered by warmth and light, actually relies on cold and internal timing, reveals new research published today in the journal Molecular Ecology.

This counterintuitive result could be crucial for conservation efforts. These beautiful butterflies are at risk due to habitat loss and an increase in severe storms, which can sweep them up as they migrate to and from their southern winter habitats. But changes in global temperatures may also be a cause for concern.

It’s generally been assumed that monarch butterflies took their cues to get moving from the emerging warmth of spring. Every winter, monarchs undergo a biological process known as diapause during which they go dormant and stop developing. That’s the state they settle into after their epic migration to overwintering grounds in the southern United States and Mexico.

This total dormancy only lasts a few months; in the California population this study examined, monarchs begin true diapause in September and emerge in December. But although the butterflies start developing to reproductive maturity after that point, they still appear to be in stasis—they move and grow, but they tend to pretty much stay perched in the trees until January or February.

That’s led to an assumption that “the warmer temperatures and longer days of spring are kind of what rouses them,” says University of Michigan biologist D. André Green, coauthor of the new study. However, his research shows that what brings the monarchs out of diapause is actually the cold they experience in December, compared to autumn’s relative warmth. That’s worrying in a warming world.

Both environmental cues and hormones are known to be part of the diapause process for different species, the researchers write. “The missing link, however, is how monarchs, and other diapausers, integrate external cues with internal, genetically-controlled responses to achieve specifically timed seasonal responses.”

To study this, Green headed to an overwintering site in California. He caught some female monarchs already in diapause there and shipped them back to his lab at the University of Chicago, where he was a graduate student. There, he kept them in conditions that replicated November in California. His aim, he explains, was to see what would happen to diapause if nothing changed externally.

The monarchs’ internal timer turned out to work differently under those circumstances. When Green and his colleagues examined butterflies collected during a second trip in cold December, they were more reproductively mature than the insects still kept in November climes.

This shows that temperature is indeed the controlling external factor in determining diapause, says Green—but it’s cold, not heat, that gives the crucial signal. Held in the relative warmth of November, his laboratory monarchs stayed in stasis. The chill of December caused their wild counterparts to come out of diapause and start developing again, preparing them to migrate back to breeding grounds.

Green and his coauthor used genetic techniques to figure out how monarchs were translating an environmental cue (cold) into internal action (emerging from diapause). They compared the genes that were most active in the two sets of insects, and found that genes for calcium ion production were active in December. This information can help us build an understanding of the internal processes that wake monarchs up.

In an email statement, Washington State University entomologist David James called the paper “elegant,” saying its results provide “yet another piece of the jigsaw puzzle of understanding monarch biology and ecology.” If we want to protect and conserve these iconic insects, a basic comprehension of how the world influences their growth and development would be a good start.