To save monarch butterflies, we need more milkweed

Monarch butterflies love milkweed. Preserving it will be key to saving butterfly populations. 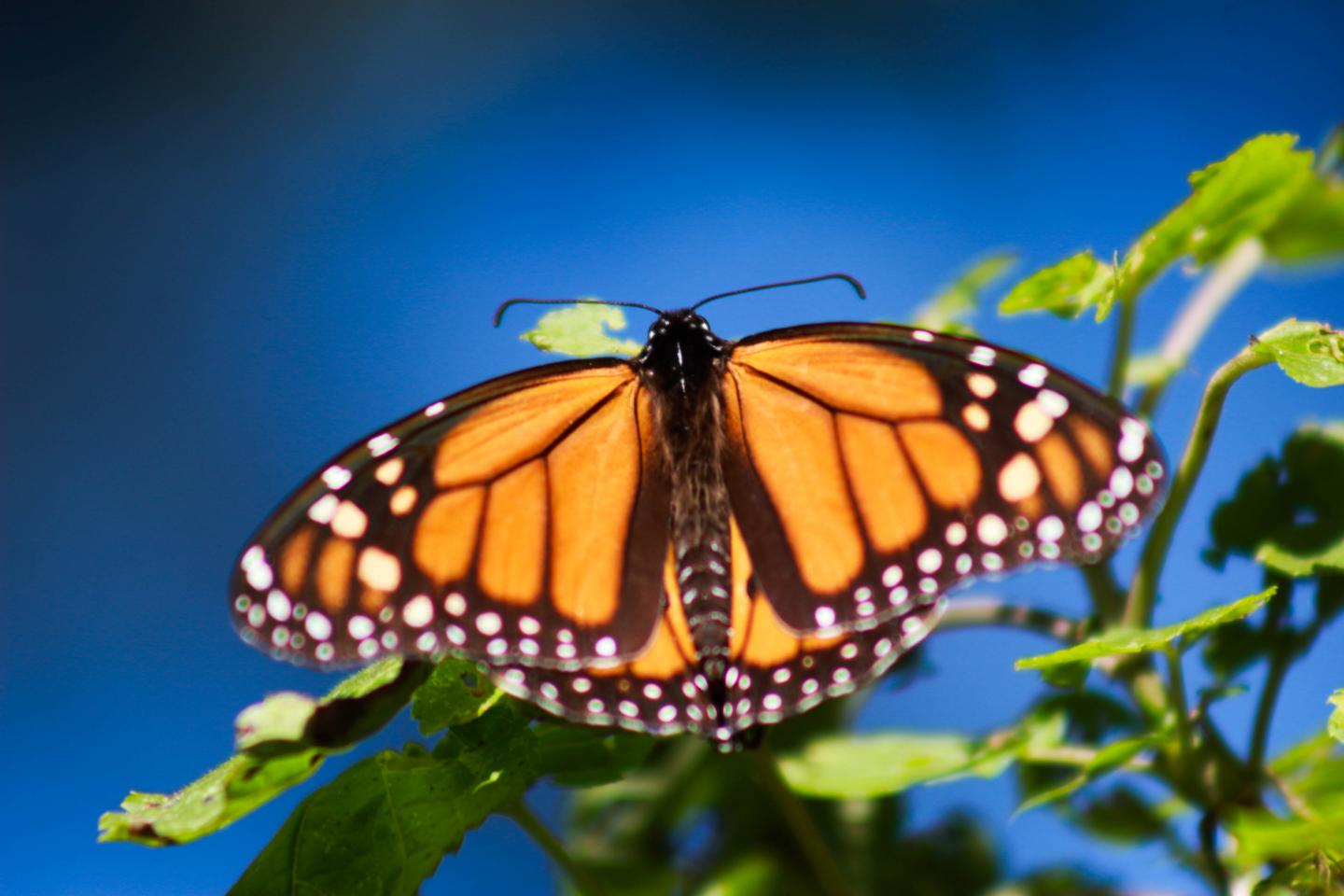 Populations of the insect, which once swarmed across the United States on their annual migrations from Mexico to Canada, have fallen off a cliff over the last century. California’s butterflies are on the brink of extinction, while eastern monarchs, which fly up the Great Plains or over to Maine, have declined 80 percent.

In their winter habitats in the mountains of northern Mexico, the monarchs cluster together so tightly that their populations are tabulated not by the number of individual butterflies, but by the total area they cover. The long term restoration goal for the eastern monarchs is a stable winter population of 6 hectares—an area of about 11 football fields.

Recent estimates put the population at 2.1 hectares, down from highs of 18 in the mid-90s.

The largest threat to those winter populations is the loss of habitat along the migration route. And habitat really means milkweed: Monarchs are born, raised, and nourished on the plant. Industrial agriculture has destroyed much of that milkweed through the use of herbicides like glyphosate. So conservation biologists sometimes frame monarch restoration goals in terms of individual milkweed plants.

The conventional estimate is that the migration corridor needs about 1.6 billion individual milkweed plants to support a sustainable monarch population. But according to new research published in Frontiers in Environmental Science, that’s likely nowhere near enough.

The problem with existing estimates, says lead author Rodrigo Solis-Sosa, who studies social ecology at the Simon Fraser University, is that monarchs don’t use all the milkweed on the landscape.

“Maybe because of climate change, the monarch arrived earlier than the blooming of that plant,” he says. “Monarchs are picky. You can have a whole bunch of beautiful milkweed here, but they will get that ugly stem on the other side of the field.”

Using a model of monarch migrations that incorporated drought and heat waves that might make monarchs underuse local milkweed, Solis-Sosa’s team found that milkweed needs are likely underestimated by between 40 and 90 percent.

“I don’t want to say, if we give them 3.5 billion, they will be saved,” Solis-Sola says. “But we are really sure that we need way more than we currently think.”

But the same findings have a note of good news: Conservation efforts, which are focused on the American Midwest, are targeted where they need to go. The impetus for the research, Solis-Sola says, was actually to see if that regional focus actually made sense.

That’s because monarchs undertake their migration over the course of generations: The insects that land in Canada are the descendants of those that took off in Mexico. And there are fewer of the insects at the beginning of the journey, in the American South.

“If you lose some monarch in the South, you might lose a lot more down the road.” Solis-Sosa explains. “We wanted to test if there was a coherence between the policy and ecology. We made this huge model just to do that.”

As it turns out, their results suggested that the Midwest did need the most restoration—likely because it’s the most transformed by industrial agriculture, and has lost more milkweed.

“That means that we haven’t been wasting 10 years or so of conservation strategies,” he adds. “The South has enough right now. It is not that important to provide more, when you have enough.”

Still, that Southern milkweed appears to be one of the few things stopping the eastern population from crashing even further. “It’s really important to avoid it from going to really low numbers,” Solis-Sosa adds. “It’s like a safety net. If you reduce it, the numbers go down right away.”

The big question that remains is: What would meeting these higher goals look like? Monarchs have been on the brink of endangered species listing for years, and conservation efforts across the board are likely to be given new wind by president Joe Biden’s plan to conserve 30 percent of American land by 2030.

Biden’s goal would involve new protections on land covering twice the area of Texas, and as plenty of experts have pointed out, that’s going to involve not just the creation of new federal land, but the transformation of land-use practices on private land.

Still, it’s already sparking a backlash in the Midwest, where much of this monarch conservation would be targeted, over perennial fears of a federal land grab. Solis-Sosa’s previous research has focused on public attitudes towards monarch conservation, and found that people across the demographic spectrum were least interested in federal-led efforts.

“You always have to take the social dimension into account,” he says.