The first doses of the long-awaited vaccine have been administered. 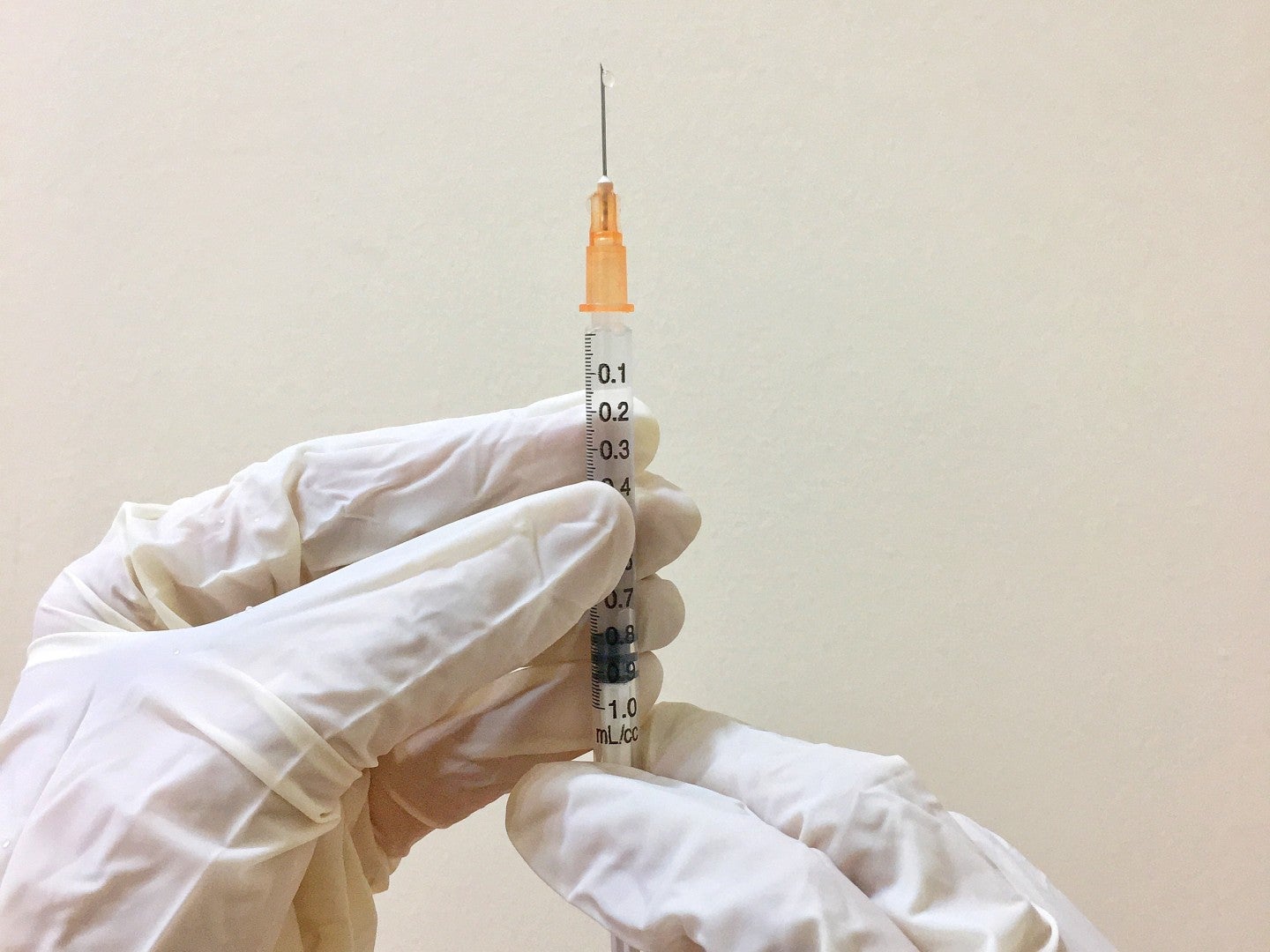 Over the next several days, FedEx will ship 3 million doses to vaccination sites across the country and healthcare workers have already begun to receive their first doses. Unsplash
SHARE

For many, if not most Americans, the wait for a vaccine to prevent COVID-19 has been a long and grueling one. While the development of COVID-19 vaccines has progressed at an unprecedented rate, the wait has been filled with rising case counts, unemployment, and economic strife. But this past week brought a sign of relief: The FDA granted an Emergency Use Authorization (EUA) to Pfizer’s mRNA COVID-19 vaccine.

Over the next several days, FedEx will ship 3 million doses to vaccination sites across the country, and healthcare workers have already begun to receive their first doses. Over the next month, Pfizer plans to ship out a total of 30 to 40 million doses (enough for 15 to 20 million people at two shots per regimen, given 21 days apart) by the end of the year. In 2021, the drug giant hopes to distribute many more to help ensure every eligible American receives a vaccine against COVID-19.

Here’s everything you need to know about the new vaccine, including the questions we are still wondering ourselves.

How does the new vaccine work?

If you’ve been following the news, you’ll know that this vaccine works through a distinctly different mechanism compared to traditional vaccines, like ones for measles, chicken pox, and the yearly flu. Those inoculations usually contain live, attenuated (or inactivated) pieces of the virus or bacteria you are trying to prevent in very small amounts. A person’s immune system then recognizes the invaders and develops a lasting immune response such that if they encounter that infectious agent again, the person’s immune system knows what to do.

The vaccine Pfizer developed is based on a different principle, and uses a molecule called mRNA (which stands for messenger RNA). Messenger RNA is the genetic material that our cells use to make various proteins. Researchers zeroed in on the mRNA sequence for developing the virus’ spike proteins. They sit on the outside of every SARS-CoV-2 particle, and in addition to giving the virus its signature name and look, the spike proteins also enable the virus to enter human cells.

Researchers working on Pfizer’s vaccine isolated SARS-CoV-2′s mRNA instructions to make its spike proteins and surrounded that mRNA in what is essentially a tiny fat bubble (made of lipid nanoparticles) to protect it and prevent it from disintegrating inside our bodies. Once it enters, the mRNA fat bubbles attach to human cells and release their instructions to create coronavirus spike proteins. The human cell then manufactures the same spike proteins that normally sit on the virus’ surface, effectively mimicking what SARS-CoV-2 looks like on the outside. Once there, the immune system recognizes them as an invader and goes to work creating antibodies that sit on the outside of immune cells and recognize the coronavirus spike protein if it enters the body. If that happens, the immune system cells can destroy it.

How long will immunization last?

Pfizer’s vaccine—which was developed in partnership with German biotech company, BioNTech—must be given in two doses, with 21 days in between. And it’s important to get both doses to gain the maximum level of immunity. Because the vaccine is so new, the developers are not sure how long immunity will last. So far, the vaccine has only been studied in people for as long as about six months. It is possible that you will require boosters of this vaccine if your immunity wanes, but it’s impossible to determine right now how frequently those booster shots will be (if they are needed at all).

How safe is it?

In Pfizer’s clinical trials, which included more than 44,000 people, the company reported no serious safety concerns, nor did an FDA committee, which performed its own independent analysis.

While mRNA vaccines are relatively new and Pfizer’s COVID-19 vaccine is the first one to be available for public use, researchers have been investigating mRNA vaccines for decades for a number of other infectious diseases.

One important note is that when you receive the vaccine, some mild to moderate side effects are common. Those include swelling and discomfort around the injection site as well as fatigue, flu-like achiness, and a mild fever. All of those symptoms typically resolve within 24 to 72 hours after the vaccine is given, and they are a common biological response to a vaccine. In fact, those systemic symptoms (flu-like mild aches and low-grade fevers) can indicate that the vaccine is working, since fevers and aches stem from the body generating an immune response.

This past week in the UK, which has been giving out Pfizer’s vaccine for a couple weeks, there have been a few cases where a person has generated a strong allergic reaction to the vaccine. All of those rare instances occurred in people who have a history of severe allergies and all were effectively treated with an appropriate dose of epinephrine (the active ingredient in EpiPens used for severe reactions to common allergens like peanuts). Right now the US doesn’t have a formal advisory for folks with serious allergies, but if you have a history of an allergic reaction to a vaccine, discuss it with your doctor.

How effective is it?

In clinical trials, which included more than 44,000 people, Pfizer found the vaccine to be 95 percent effective at preventing the novel coronavirus. But the term “effective” is surprisingly nuanced. When you get this kind of result in a clinical trial, it’s what’s known as efficacy, which is how well a vaccine protects against a disease in a controlled setting. Effectiveness, on the other hand, is how well the vaccine works at preventing COVID-19 (or any other infectious disease) in real world settings. Although 44,000 people is a large number, it can’t possibly account for the way every human body will react to the vaccine. Every immune system is different, and some diseases and conditions can affect how well a vaccine works.

Most of the time, vaccines are not as effective in the real world as they are in clinical trials, though the reduction is mild. Because 95 percent was such a high percentage to begin with, the real world effectiveness could be quite high, too.

When will it be available to you?

Right now, the vaccine is only available to healthcare workers and those living in long-term care facilities. Over the next several months there will be more doses available, but how they’ll get distributed depends on the state you live in. That information will likely become more clear in the weeks and months to come.

If I get vaccinated, can I stop wearing a mask and start socializing again?

The short answer is no, at least not right away. First and most importantly, the vaccine doesn’t reach its full effectiveness until after you’ve received both doses.

Secondly, in clinical trials, researchers only investigated whether a person in the trial developed symptoms of COVID-19. Because the disease can often display no symptoms—what’s known as asymptomatic cases—it could be that people who were vaccinated got the virus, but had no symptoms and therefore didn’t know it. If that’s true, even vaccinated folks could still pass the disease onto others.

According to the CDC, it will be some time before researchers will know the true effectiveness of the vaccine and how well it stops community spread of the novel virus. So for now, continue to mask up and social distance.

Is it safe for kids?

Vaccines are almost always studied in adults before they are tested in kids. For that reason, Pfizer’s clinical trials did not include children under the age of 16 (and only a small fraction of 16- and 17-year olds were included in the trial). Cody Meissner, chief of pediatrics at Tufts University Medical Center and one of the FDA advisory committee members, told NPR that 163 participants in the trial were 16-17 year olds. And of that small group, only half got the vaccine. No one younger than 16 has been studied yet, so it could be awhile before kids get vaccinated.

Is it safe for pregnant people?

Pfizer excluded pregnant people from its COVID-19 vaccine trials. This is not uncommon for clinical trials and during the FDA’s advisory hearing last week, before it granted the vaccine emergency approval, experts said there was just not enough evidence to determine the benefits versus the risks for this population group. However, the FDA announced that pregnant people could still voluntarily opt to receive the inoculation.

Denise Jamieson, chair of the Department of Gynecology and Obstetrics at Emory University School of Medicine, told NPR that a main concern for pregnant women is the risk of fever, “something that we try and avoid in pregnancy—it may be important that if [vaccinated] women get a fever, that they treat it with acetaminophen.” Jamieson said as more research emerges, guidance could change.

According to The New York Times, COVID-19 vaccine trials could start including pregnant people starting in January.

Is the vaccine free?

Yes! As the CDC notes, “vaccine doses purchased with U.S. taxpayer dollars will be given to the American people at no cost.” However, providers can charge an administration fee, and that fee will be sent to a person’s insurance company or, if they are uninsured, by the Health Resources and Services Administration’s Provider Relief Fund.