Here’s what you should know about hormone therapy for menopause

Misinformation scares away many who could benefit. 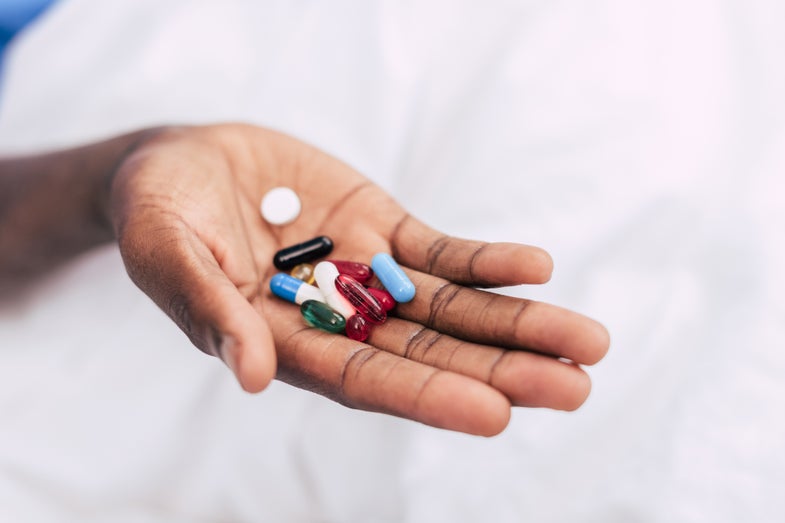 Like far too many aspects of women’s health, menopause is under-studied. Much of our understanding of how to treat it comes from just a few large observational studies, and most of the public’s information on treatments comes from one highly-publicized study.

Back in 2002, the Women’s Health Initiative halted a trial using hormone therapy to treat menopause, because the patients were exhibiting higher risks for certain diseases. A similar thing happened in 2004, with a different formulation of hormones and a different patient group. Two massive trials both being too risky to persist did not paint a sunny picture for hormone therapy (even though they weren’t really looking at menopause treatments, they were looking at whether heart disease improved). People reading the resulting headlines could easily come away thinking that the treatment was nothing but bad news, and certainly not worth taking to fix a few hot flashes.

“I can understand how it would be easy for people to feel misinformed, or perhaps like they were fed poor information,” says Garnet Anderson, a principle investigator of the Women’s Health Initiative at the Fred Hutchinson Cancer Research Center. It’s important to remember that the WHI looked at two different hormone therapies, she says, and that the risks and benefits varied between the two, and varied by which outcomes you’re looking at.

It’s not that the original findings were wrong—they all still stand—it’s that they’re more complicated than some people were led to believe.

Hormone therapy’s risks and benefits look different for everyone

If you’re menopausal and considering hormone therapy, you first need to know that your formulation will depend on whether or not you’re still in possession of a uterus. Patients who have not had hysterectomies must take both estrogen and progestin, while those who have had this surgery can get by on estrogen alone. Progestin protects the uterus from too much estrogen exposure, which can otherwise increase your risk of endometrial cancer (which is cancer of the uterine lining).

Each of these formulations comes with its own unique set of risks and benefits. Estrogen alone comes with an increased risk of stroke, but a decreased risk of breast cancer and hip fractures. Estrogen plus progestin slightly increases risk of stroke, blood clots, and breast cancer, but still provides some protective effect on hip fractures. Neither group increases total mortality risk, meaning that researchers following patients on hormone therapy and placebos saw no significant difference in the overall number of people who died during the study.

The changes in individual disease risk were all fairly small. They’re significant across a population, and since many thousands of people take hormone therapy, it’s vital to note even slight increases. For an individual, however, it’s less concrete. We can’t predict exactly how much any one person’s risk of, say, breast cancer will change on hormone therapy. It varies based on how soon after menopause they start, how long the therapy lasts, how high the dosage is, the method of hormone delivery—and the list goes on.

One patient may see a huge relief of symptoms that are causing real, everyday problems, such that a small increased risk of breast cancer or stroke is worth it. While most people only experience menopausal symptoms for a few years, some suffer for the rest of their lives.

“It’s reasonable that women who are suffering—women who can’t sleep, for example—that they consider a low dose version of hormone therapy and reevaluate periodically to see if they still need it,” Anderson says. “For women who notice symptoms, but those symptoms are not really hindering their quality of life, it seems prudent to avoid taking these hormones.”

Sometimes the risky choice is still the right one

There’s also the issue that there are not a ton of options for individuals suffering from menopause. Anderson and her colleagues did a study looking at alternative approaches, including certain types of antidepressants, yoga, and dietary supplements, but found little to no benefit. Another study looked at herbal supplements. But Anderson says “none of those things compare to the benefits of hormone therapy for hot flashes and night sweats.”

You can at least choose different methods of taking hormones. The oral route is most common, but there are also patches you can put on your skin, and even intrauterine devices that deliver progestin locally—so it doesn’t have to elevate levels in the bloodstream. There are also vaginal applicators for estrogen, which are used to relieve some of the sexual dysfunction symptoms. The delivery route is all about individual choice and needs. There are also varying doses, many of which are lower than the amount given to women in the original WHI study.

The North American Menopause Society makes the fairly broad statement that for women under 60 who went through menopause less than 10 years ago and have no contraindications (such as a prior breast cancer diagnosis, for example), the benefits of hormone therapy commonly outweigh the risks. Those older than 60 who are over a decade out from menopause tend to see more risks and lower benefits.

These are sweeping statements, of course, but it’s important for those who could genuinely benefit from hormone therapy to know that it’s not something to be afraid of. Having a conversation with your doctor can help you decide what’s right for you. Statistics mean nothing to the individual, and fear-mongering headlines shouldn’t factor into your decision.