It's not necessarily because screens are bad. 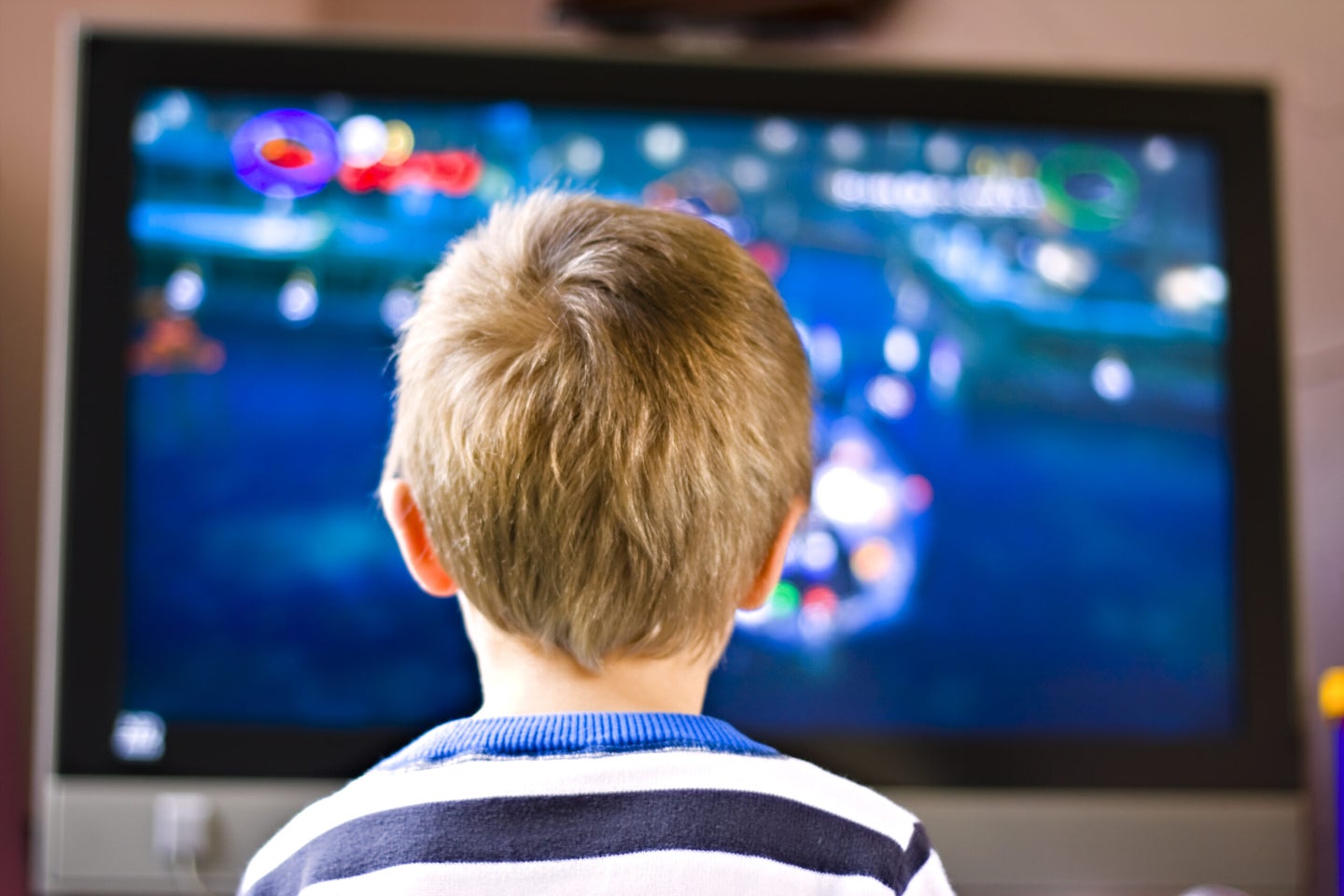 Your baby is probably sitting too much, and the World Health Organization wants to change that. One way they’re tackling the problem—and perhaps the only way you’ve heard about in the news this week—is by reducing screen time. Do you have kids under two? WHO says no screen time at all is best. Once the little ones reach age two, they still shouldn’t be viewing more than one hour per day.

Those are much stronger recommendations than most other governing bodies, like the Royal College of Paediatrics and Child Health or the American Academy of Pediatrics, have made in the last few years. So it might seem like there’s been some shift in the scientific literature to make the WHO come to this conclusion—screen time really must be terrible for our young’uns.

Here’s the thing: there hasn’t been. The WHO didn’t even set out to place a recommendation on screen time specifically. These new guidelines are actually for physical activity, sedentary behavior, and sleep for kids under five, who had previously been left out of the WHO’s recommendations. What’s more, the report itself acknowledges that there’s very little research showing whether screen time is detrimental to health, and if so how that effect might be exerted. The report notes that “there was moderate to very low-quality evidence for screen time and adiposity, motor and cognitive development and psychosocial health and very low-quality evidence for overall sedentary time and adiposity, motor development and psychosocial health. The overall quality of evidence was rated as very low.”

That’s largely in line with what other organizations have concluded. The Royal College of Paediatrics and Child Health’s guidelines note there’s a pervasive idea that “screen time is directly ‘toxic’ to health,” but that this view “has essentially no evidence to support it.” It’s true, they go on, that more screen time is generally associated with poorer health outcomes—it’s just not the screen time itself that’s inherently bad. Instead, they say, “screen time displaces positive activities.” Optimal childhood development involves lots of socializing, solid sleep habits, a balanced diet, and plenty of exercise. And unfortunately, all of those things can get displaced by watching TV or playing video games. Eating in front of a screen also has the side-effect of distracting you from feeling full, thus making you prone to eat more. “For this reason,” the College report notes, “we feel that this is the main way in which screen time and negative outcomes may be linked.”

The Royal College decided not to issue a specific cut-off for screen time because they thought the lack of evidence prevented them from doing so, but they did recommend that families negotiate limits based on their children’s needs. Some kids get wonderful benefits from being online, for instance, through social networks and educational tools, and the College notes that these beneficial hours shouldn’t be lumped in with mindless entertainment.

Other organizations, like the American Academy of Pediatrics and the Canadian Paediatric Society, generally suggest no screen time in kids under 18 months to two years, and a limited quantity after that. But as an article by Australian researchers in The Journal of Pediatrics points out, they also continue to lump screen time recommendations under physical activity guidelines.

What unites all these recommendations is a call for more, higher quality research. We still know so little about how screen time impacts anyone, much less young children, and what data we do have is mostly correlational. That prompts organizations like the WHO to take a cautious approach. In the report, they note that even though the evidence for the harms of screen time is quite low, there’s excellent evidence that engaging more in other behaviors—like being physically active and sleeping—will help your kids. And in light of that, they’re going to recommend less screen time in favor or more exercise and rest. There are only so many leisure hours in the day, after all.

It’s important to remember in the meantime that there’s no evidence that viewing a screen is inherently, directly harmful to kids. Maybe someday we’ll find out that there is a direct harm, and when that day comes we’ll all have to drastically change how we interact with digital technology. But right now your best bet is to focus on engaging your kids in positive behaviors rather than simply removing screen time from your schedule.

You might well be wondering how babies are supposed to exercise. The WHO suggests that infants should be mobile for at least 30 minutes a day (tummy time!) and not be restrained in strollers or high chairs for more than an hour. They should also be getting 14-17 hours of quality sleep. From age one through age two, kids should be getting active for at least 2.5 hours a day and should not be restrained for more than an hour, on top of getting 10-14 hours of sleep.

But don’t stress over holding your family to hard numbers. Even the evidence on this front wasn’t great, and the general principle is that more activity and sleep is healthier in the long run for pretty much everyone. While more may be better, some is definitely better than none. If your kids watch many hours of TV right now, try swapping just 30 minutes of that time for physically active games.

While you’re at it, reduce your own screen time. Parental screen use is the strongest predictor of how much kids will use such devices, so try shutting off your own phone before you put your toddler in a tech time-out.