Research suggests a good sniff could distract you from cravings. 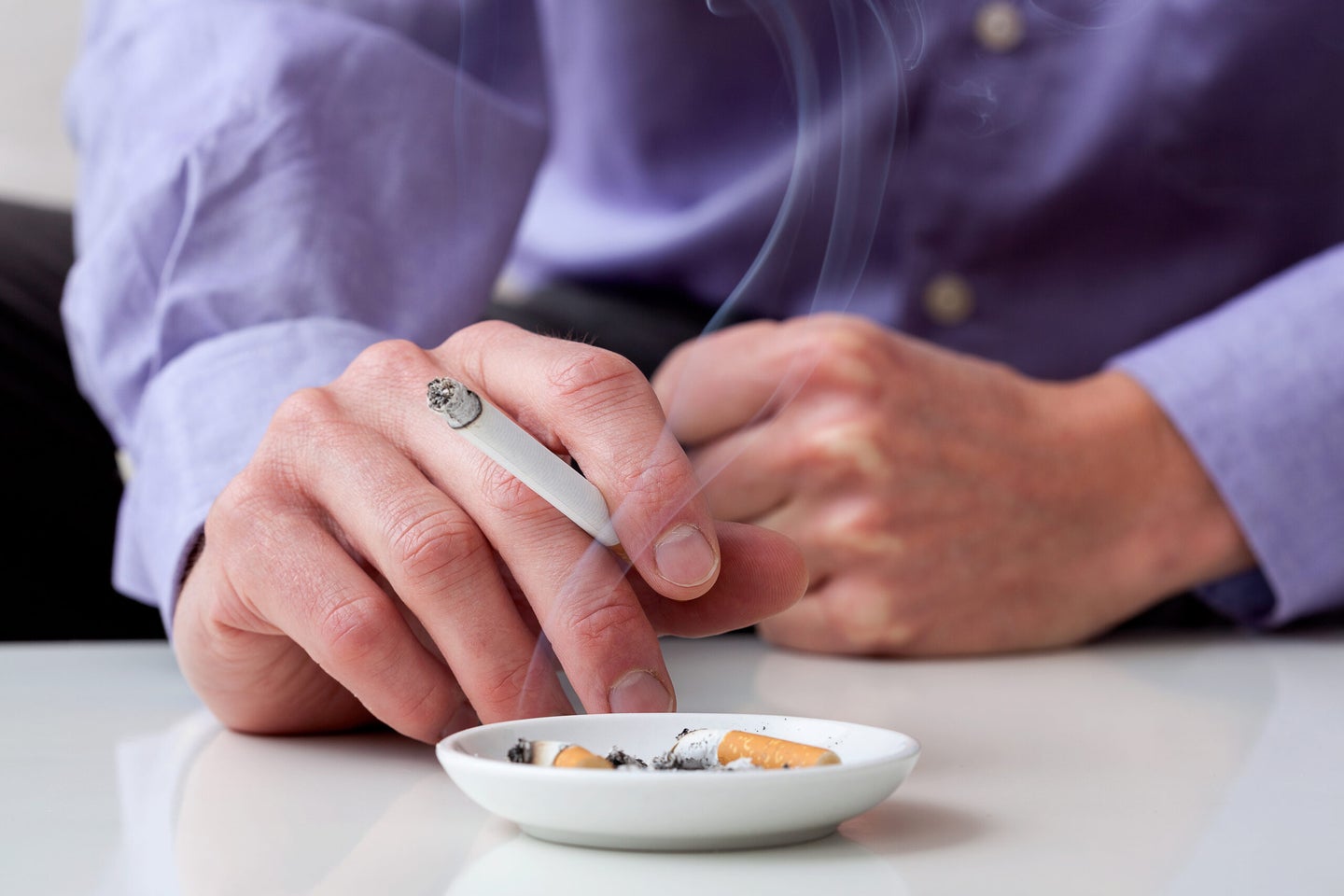 While many smokers might be more reliant on pleasant smells to conceal the post-cigarette odor, a group of American researchers has found another potential use for scents like peppermint, lemon, or chocolate: helping those trying to quit smoking to quell their nicotine cravings.

The scientists, who hail from the University of Pittsburgh and Brown University, conducted the study on 232 smokers between 18 and 55 years of age (all of whom used cigarettes, not vaping or other methods of nicotine consumption). They asked the participants to come prepared to smoke, with their preferred brand of cigarettes and a lighter in hand, but not to smoke in the eight hours before they participated in the study.

In the study itself, participants sniffed 12 different scents. Some were pleasant—cumin, chocolate, peppermint, lemon—while others smelled like tobacco, as well as one that smelled like a noxious chemical and a control that was actually odorless. The participants smelled these in a random order, but each got a pleasant scent at the beginning and end of the trial.

Over the course of two experimental sessions, they were asked to light a cigarette and hold it as if they were going to smoke, but then extinguish it. This was meant to put their cravings on high alert. Then they were re-exposed to one of the 12 “olfactory cues” they’d been offered before—either their favorite of the scents, a tobacco odor, or plain-old air. They were allowed to sniff this sample over a five-minute period, rating how much they wanted to smoke on a scale from 0 to 100 at each minute mark. Researchers repeated this process the next day. The second time, however, participants were either assigned tobacco, a blank, or a pleasant smell other than their favorite for the five-minute sniff-and-rank trial.

The researchers found that subjects who smelled a pleasant scent in round two reported much lower craving scores than those who got a tobacco-smelling container or the blank—between seven and eight points lower. These findings replicate results from a preliminary study on olfactory cues and cravings, but they still have limitations.

The participants weren’t actually trying to quit, says study author Michael Sayette, a psychologist at the University of Pittsburgh, so it’s not clear how a desire to stop smoking would influence the impact of scent. “But I think the data suggests that it’s not premature to begin to think about how olfactory cues might be helpful, either alone or in combination with existing treatments to help people quit.”

Olfactory cues—smells related to a physical object or memory—are an important part of the way humans navigate the world. The scent of a familiar item, whether it’s a lemon or a favorite brand of cigarette, cues our bodies in ways that psychologists are still working to understand. In this case, the researchers have a few ideas about why smelling a favored scent decreased cravings, although none of them is conclusive yet. It could be that the distraction of the scent drew focus away from the urge to smoke, or that something about the memory of the scent interacted with the memory of smoking and plans to smoke in the future.

“I think there is something special about odors,” says Timothy Baker, a University of Wisconsin psychologist who was not involved with the study. Baker spoke to Popular Science in an email interview. There’s a lot of evidence that smells are able to elicit emotions or provoke motivation in a stronger form than the other senses, he says. “This is consistent with the strong connections of olfactory neural systems with brain regions controlling these states (such motivation and emotion).” Why it works, nobody can say yet, but Baker speculates that smell might influence us in a way other distractions do not.

Smoking is the leading cause of preventable death in the United States, and is related to numerous chronic health conditions. Despite this, the CDC estimates that 34.3 million Americans over the age of 18 smoke cigarettes—that’s one in every 14 adults. Although this is a much lower rate than in the past, quitting smoking once you start is notoriously difficult.

Currently, those trying to quit smoking have access to numerous resources from the CDC and other agencies. Support is out there. But dealing with the chemical reality of addiction—cravings, specifically—is hard, and there’s a whole industry of products out there to help ex-smokers keep on the path to quitting. These include medications, nicotine gums and patches, and even e-cigarettes which may not help at all.

But Sayette’s olfactory cues study offers the possibility of a different kind of short term help. The study “suggests that the effects can last as many as five minutes,” he says. “While that may not seem like an awfully long period of time, I think five minutes can be especially useful if we’re thinking about decisions we can make to either relapse or to perhaps avoid a high-risk situation.”

Quitting smoking is infamously stressful, but perhaps it will help some smokers to stop and smell the lemons. Although there isn’t a hard link between this study’s results and smoking cessation yet, “it might be worth a try for smokers who are trying to try to sniff a strong pleasant odor when they have an urge and see if it works for them,” Baker says. “However, they should not use this strategy instead of using treatments that we know work.” In other words, if you’re trying to quit, turn to the existing resources. But keeping a vial of your favorite scent extract handy couldn’t hurt.