Allergic reactions to vaccines are rare but not unheard of. 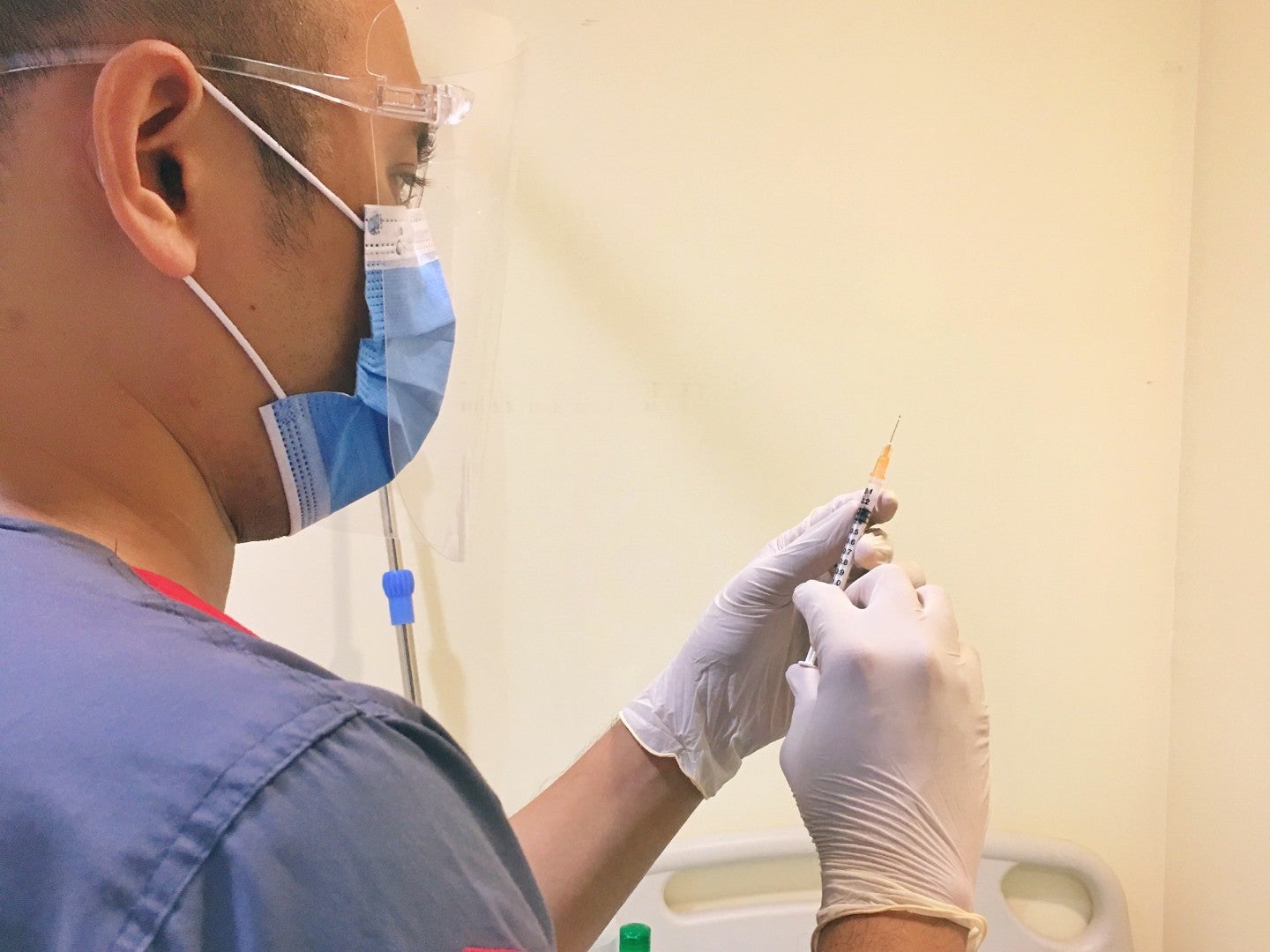 In the United States, most people who have serious allergies can get immunized but are advised to discuss it with their doctor first. Unsplash
SHARE

Both of the afflicted people worked at Bartlett Regional Hospital in Juneau, and one remained hospitalized through Thursday. This staff member, who had no history of serious allergies, went into anaphylaxis shortly after her shot.

Anaphylaxis is a serious allergic reaction that can cause a drop in blood pressure, rapid pulse, rash, difficulty breathing, and nausea. According to the Institute for Vaccine Safety at the Johns Hopkins Bloomberg School of Public Health, allergic reactions to vaccines happen around once per 50,000 to 1,000,000 doses. Anaphylaxis occurs about once per 100,000 to 1,000,000 doses.

The second worker in Alaska developed puffy eyes, lightheadedness, and a scratchy throat 10 minutes after receiving the vaccine. He was treated with epinephrine (the key ingredient in EpiPens) and antihistamines and recovered within an hour. The hospital said in a statement that the two healthcare workers didn’t want their experiences to discourage other people from getting the vaccine. The two cases will not be disrupting health officials’ plans to distribute the Pfizer-BioNTech vaccine, The Times noted.

“Allergic reactions to vaccines are rare but…not unheard of, and they’re seen for most vaccines,” says Jason Schwartz, an assistant professor of health policy at the Yale School of Public Health and co-chair of the Connecticut COVID-19 Vaccine Advisory Group’s Science Subcommittee. While these events need to be taken seriously and investigated, he says, “I wouldn’t anticipate [them], based on what we know right now, substantially changing or slowing the rollout of these vaccines.”

Several cases of allergic reactions to Pfizer’s vaccine have also been reported in the United Kingdom; two healthcare workers with histories of serious allergies have recovered after developing anaphylaxis. In the United States, most people who have serious allergies can get immunized but are advised to discuss it with their doctor first.

Vaccine providers prepare for the possibility of anaphylaxis and less serious allergic reactions in several ways. The Centers for Disease Control and Prevention have recommended that most people be monitored for 15 minutes after receiving Pfizer’s COVID-19 vaccine, and those with a history of anaphylaxis should be watched for half an hour. “Appropriate medical treatment used to manage immediate allergic reactions must be immediately available in the event that an acute anaphylactic reaction occurs following administration of Pfizer-BioNTech COVID-19 vaccine,” the agency said in its guidance for the vaccine.

Another thing to keep in mind is the symptoms of anaphylaxis usually appear pretty quickly after a person has been exposed to an allergen. “There doesn’t need to be concern about this emerging weeks after a vaccine,” Schwartz says. “That’s why the observation period makes a lot of sense as an abundance of caution, so that help is right there in the rare event that this allergic reaction occurs.”

Pfizer did not include people who’d previously had anaphylactic reactions to any vaccine in their clinical trials, but that is pretty typical for vaccine research, Schwarz says. Data on how many Americans have received the vaccine haven’t been released yet, so it’s too soon to know whether the number of reported reactions is typical for the number of people getting the vaccine.

The next step, Schwartz says, is for public health officials to collect detailed information about the people who have reacted to the vaccine and track any patterns in age, health status, or other variables that might help identify whether there are any groups to be particularly concerned about.

“In normal circumstances vaccines are more intensively monitored for their safety than just about any other medical product,” Schwartz says. “For COVID vaccines, that already really substantial vaccine safety monitoring system has been further enhanced.”

For most people, the risks of getting vaccinated are far less than the risks involved in getting the disease in question. After getting the seasonal flu shot, people do in very rare cases—perhaps one to two per million doses, the CDC estimates—develop Guillain-Barré syndrome, a neurological condition that can cause muscle weakness and paralysis. However, research indicates that you’re more likely to develop Guillain-Barré syndrome after catching the flu itself than after being vaccinated.

Pfizer’s vaccine is 95 percent effective in preventing COVID-19, a disease that is now killing thousands of people in the United States every day. “The risks of COVID could not be more visible in terms of how they affect our society [and] our daily lives,” Schwartz says. “The social distancing, the mask-wearing, [and] the limits on large gatherings are still important…but we need new tools to help us turn the corner in this pandemic; vaccines clearly seem to be those kinds of tools.”

This article has been updated to reflect the fact that in most cases the risks involved in getting the vaccine are far less than those involved with getting the disease itself.