The potential third vaccine to hit the US market works a little differently from the rest. 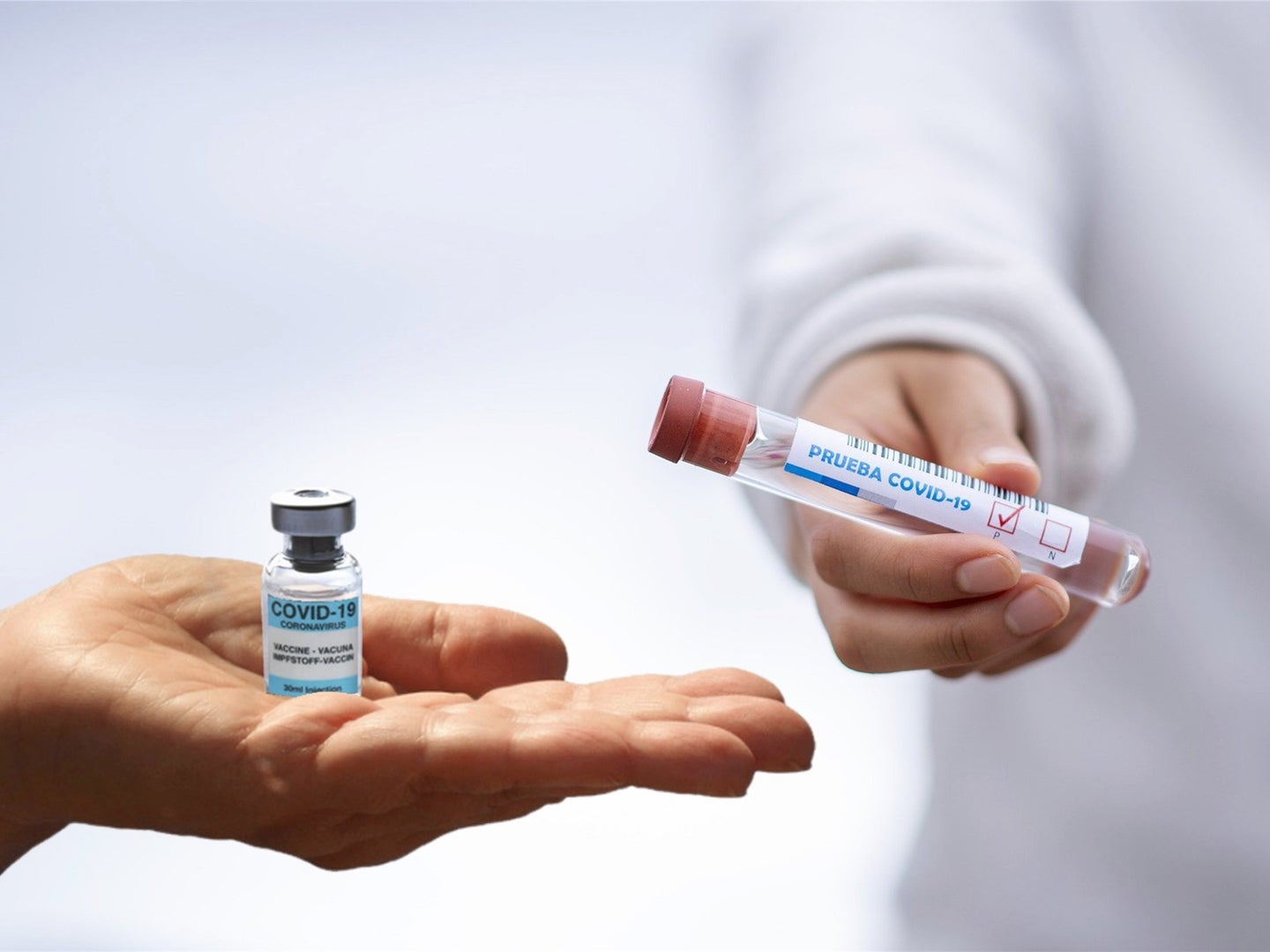 There are more and more options for COVID vaccines coming this year. Wilfried Pohnke/
SHARE

This post has been updated. It was originally published on 2/1/2021.

On Friday, the Food and Drug Administration’s advisory committee, made up of outside medical experts, endorsed Johnson & Johnson’s COVID-19 vaccine, a crucial late-stage step to gaining emergency use authorization. Earlier this week, the FDA’s own staff endorsed the vaccine as well.

Now, the final step is the official, or formal, green light for emergency authorization which will allow the new vaccine to be administered throughout the US. This is likely to come in a matter of days, as was the case for both Pfizer’s and Moderna’s COVID-19 vaccines.

Johnson & Johnson announced at the beginning of February that its federally funded vaccine candidate had proved effective in early data from Phase 3 trials, and submitted an Emergency Use Authorization (EUA) to the Food & Drug Administration on February 4. That EUA now appears to be imminent, and data released this week to the FDA show that the vaccine works well, especially against serious illness.

Johnson & Johnson’s vaccine is quite different from the Pfizer and Moderna vaccines already going into arms across the country. Preliminary data shows that, while it prevented all hospitalization and death from COVID among recipients, it was much less effective at preventing moderate illness. The trial also provided more evidence that the South African and Brazilian COVID variants blunt the effectiveness of vaccines.

Still, the overall news is good, says Stephen Goldstein, a viral geneticist at the University of Utah. Even though the South African variant reduced Johnson & Johnson’s efficacy against moderate illness, he says, the vaccine still prevented all deaths. “We need to be thinking about those as critical numbers,” he says, “[they’re] just as critical as that top line number of efficacy against infection.”

The US has agreed to buy 100 million doses of the Johnson & Johnson vaccine by June, and the federal government expects two million doses in the first shipment after approval. That would be about a third of the size of the first Pfizer shipment.

One advantage the Johnson & Johnson vaccine has over the mRNA-based options is that it’s simple to distribute. It’s administered as a single shot, so providers won’t need to schedule follow-up appointments. And it can be stored at regular refrigeration temperatures, unlike the currently approved vaccines from Pfizer and Moderna, which require freezers.

Because scheduling and transportation is easier, the vaccine is likely to pave the way for expanded mass vaccination centers across the country.

The Johnson & Johnson vaccine is what’s called an adenovirus-vectored vaccine. It’s a technique that was attempted in the development of an HIV vaccine in the mid-2000s, but which proved ineffective. But over the summer, the EU authorized Johnson & Johnson’s Ebola vaccine based on the same technology, and a number of COVID vaccine candidates, including that of Oxford/AstraZeneca, use a similar approach.

The technology uses an adenovirus, from the family of viruses that cause pinkeye, as a sort of Trojan horse to deliver SARS-CoV-2 protein to the immune system. Researchers used a form of adenovirus that can’t replicate and cause disease, and added the genetic material that encodes for the SARS-CoV-2 spike protein into its genome.

Once injected, the adenovirus goes inside your cells and releases that SARS sequence. Your cellular machinery converts it into the spike proteins of SARS-CoV-2, minus the disease-causing virus. (The virus isn’t equipped with proteins to rewrite cellular DNA, so your genome will stay unedited.) From there, your immune system learns to recognize the spike protein, letting it mount a faster, stronger defense next time it spots the whole virus.

How was it tested?

The vaccine’s Phase 3 trial, which established efficacy and safety in large populations, began in September and enrolled about 45,000 volunteers by the time they cut off recruitment on December 17.

About 60 percent of the participants were white, and 13 percent were Black.

The trial paused briefly in October after one participant had a stroke, but according to STAT News, the company determined that it was unrelated to the vaccine or placebo.

The trial doesn’t end with emergency approval. Johnson & Johnson has only hit a first benchmark, set up to speed the emergency approval of any COVID vaccine that could save lives, and will keep collecting data to clarify the efficacy of the vaccine on new strains of virus and the length of its protection. The company is also running a two-dose trial in the UK to see if a second dose will provide longer-lasting or stronger protection.

Johnson & Johnson has yet to release full data from the trial, but according to its press release announcing the results, the vaccine was 66 percent effective in preventing moderate disease 28 days after injection. Those numbers improved for more dire illness: it was 85 percent effective at preventing severe COVID, and no one died or was hospitalized within 28 days of getting their shot.

That’s not as stunningly effective as the existing mRNA vaccines, which were about 95 percent effective at preventing all symptomatic COVID, but it’s well above the FDA’s requirement of 50 percent efficacy.

That could be because nearly every new COVID case in South Africa now comes from a strain of the virus that appears able to escape the baseline COVID immune response. That strain, called B.1.351, or the “South African variant,” has mutations in its exterior spike proteins, and current vaccines don’t train the body’s immune system to look for the new spike. . A strain with extremely similar mutations, called P.1, has emerged in Brazil. Both have been identified in the US as well.

Another vaccine, made by Novavax, saw a similar drop in efficacy, from 90 percent in the UK to 49 percent in South Africa. However, part of that drop appeared to be due to reduced efficacy in people who were HIV-positive. South Africa has a relatively high HIV prevalence, and it’s not clear how much the illness may have affected the Johnson & Johnson trial.

But it’s just a matter of luck that Johnson & Johnson’s trial even captured that data, Goldstein says. “Moderna and Pfizer did their trials almost entirely in the US,” he notes. “But this variant wasn’t even circulating at the time they did their trials,so there’s really nothing they could have done to test their vaccines against it.”

Because of that, it’s likely that the authorized mRNA vaccines will see some drop in efficacy against the B.1.351 and P.1 variants, like the Johnson & Johnson vaccine—it just hasn’t shown up in human trials yet. Researchers at Moderna have found that in blood samples, existing antibodies appear to be six times less effective at neutralizing the B.1.351 virus. But since the Moderna vaccine creates such a powerful immune response to begin with, they don’t believe that the decrease will reduce its protection.

Crucially, the variant didn’t seem to impact the vaccine’s protection against hospitalization and death. “Maybe you are 15 or 20 percent more likely to feel symptoms, to get a cough, to run a fever,” Goldstein says, “Which is a huge bummer, for sure. But you still are completely protected from ending up in the hospital or dying.”

That means that more people will need to be vaccinated for the public health effects to appear. “Herd immunity is going to be very difficult,” he says. But with vaccine hesitancy still high in the US, and the lion’s share of vaccines globally being hoarded by wealthy countries like the US, it’s going to take more than another vaccine to get there. “Maybe it’s not in the cards. We need to get everybody vaccinated. This virus is never going to go away, but maybe with vaccinations, we can make it less serious than the flu.”