The mRNA vaccine can actually be stored at normal freezer temperatures, though the change can’t happen just yet. 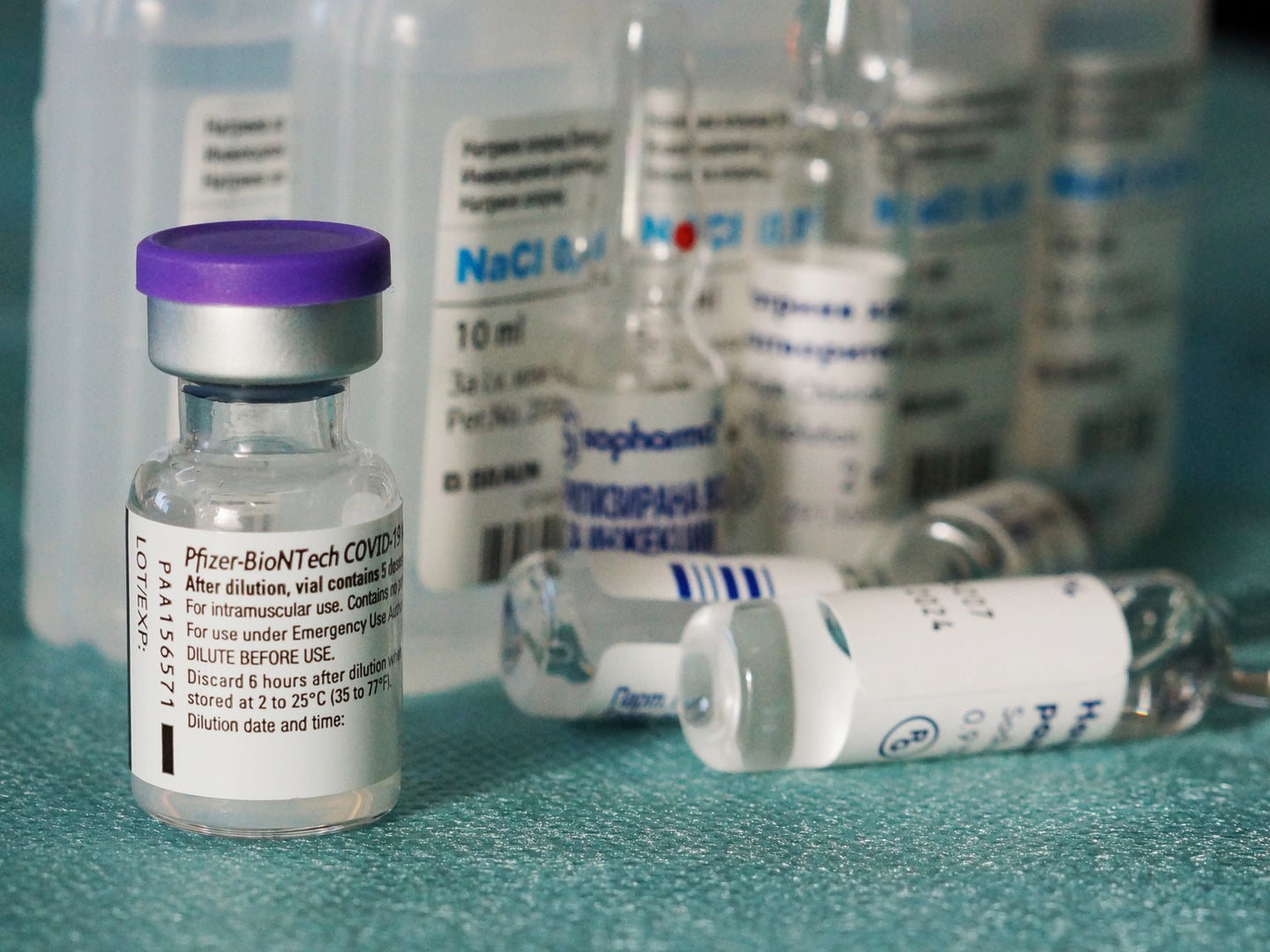 The Pfizer vaccine can actually be stored in normal freezers. Pixabay
SHARE

In an announcement this morning, Pfizer and BioNTech described new findings showing that their COVID vaccine could be stored for at standard freezing temperatures, setting the stage for a dramatically simplified vaccine distribution effort.

That’s a big step for Pfizer’s vaccine, the first approved for use in the US, because it currently needs to be shipped and stored at ultra-cold temperatures of about -100 degrees Fahrenheit. The company has developed specialized “briefcases” filled with dry ice for cross-country shipping, but the ultra-cold requirements have created barriers at the end of the supply chain.

Only large hospitals and university research centers typically have freezers that meet those standards, limiting the number of sites that can receive Pfizer doses. And even if smaller, rural hospitals wanted to purchase ultra-cold freezers, skyrocketing demand for the units priced them out.

Moderna’s vaccine, approved a month later, had less frosty requirements. It can be shipped at about -5 degrees Fahrenheit, within the range of standard pharmaceutical freezers, and stored for a month in regular refrigerators. After its approval, it was hurried into rural areas and nursing homes, places where distributing the Pfizer vaccine had been prohibitively difficult.

The Pfizer announcement says that its vaccine will still be shipped on dry ice, but that it can now be stored at the end destination for two weeks at temperatures between -13 and 5 degrees (in range of standard pharmaceutical freezers).

Susan Hassig, an epidemiologist at Tulane University who served on a state task force that developed Louisiana’s distribution plan, says that even that change could help vaccines reach underserved populations. “It means that a Pfizer vaccine could be distributed in CVS and Walgreens, as opposed to just healthcare settings,” she says. “You can maintain freezers at a drive-up site. That’s doable.”

[Related: What the Dippin’ Dots ‘cold chain’ can teach us about COVID-19 vaccines]

That would untether distribution of the Pfizer vaccine from major healthcare institutions, which she says are “moving a lot of vaccines, but not getting into populations of color. They’re accessing people who are already in their healthcare system.”

Pfizer has been gathering the data on its vaccine’s temperature stability for the past nine months, since it first began manufacturing doses for early trials. The mRNA at the heart of the Pfizer vaccines is much more fragile than previous vaccine technologies, which typically used whole, inactivated viruses. That’s part of what makes these vaccines work: the mRNA enters your cells, teaches them to make a fragment of SARS-CoV-2 protein, creates an immune response, and then falls apart.

But it means that the shelf life for the drug is short. “Our top priority was to quickly develop a safe and effective vaccine,” says Ugur Sahin, BioNTech’s CEO, in the announcement.

Margaret Liu, a board member of the International Society for Vaccines, told NPR in November that the process of temperature-testing a new vaccine is time-consuming and expensive, because it involves storing actual vaccines for long periods of time at different temperatures. Establishing that a vaccine can be shelf stable in a freezer for two weeks means repeatedly leaving it there for two weeks.

The announcement doesn’t mean that the changes will take place immediately. Pfizer has submitted its data to the FDA, but the agency will still need to update the terms of Pfizer’s emergency use authorization before the drug can officially be stored at warmer temperatures.

That means that, although it might be theoretically effective to use a vaccine that had been stored in a freezer, a doctor injecting that vaccine would still technically be administering an expired drug, thus violating the terms of the Emergency Use Authorization.

So far, the FDA has not announced a hearing on the new findings. Previous amendments to Pfizer’s authorization, including one correcting an error related to temperature requirements in shipping, have taken roughly a week.

But Hassig says that the announcement continues a frustrating trend in COVID vaccine development, where hard data isn’t released until well after a press release. She says she wants evidence on both whether the vaccine appears stable in a vial, and if a dose stored in a regular freezer provokes the same immune-system response once injected.

“You built the case that your product had to be ultracold,” she says of Pfizer. “So whatever case they have [about its efficacy] needs to be demonstrated for a product that’s stored at freezing. I need data.”