But it hasn’t been approved just yet. 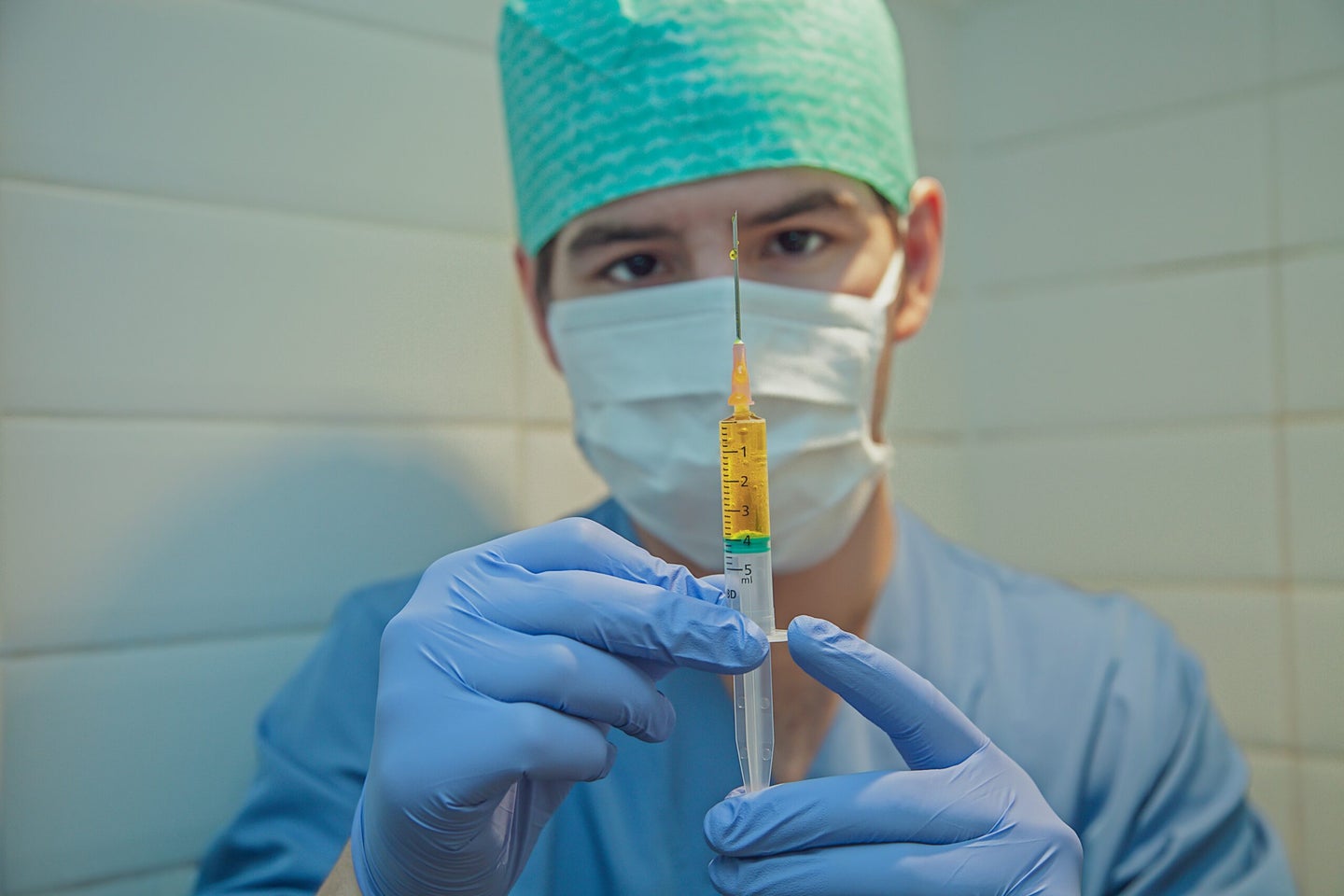 Experts will meet to review the vaccine on Thursday. Unsplash
SHARE

A COVID vaccine developed by pharmaceutical company Pfizer and its German partner BioNTech is now on the cusp of being distributed across the United States.

Pfizer’s vaccine has not yet received an Emergency Use Authorization (EUA), which would allow medical professionals to administer it outside of clinical trials. But that stamp of approval should come soon: On Thursday, the FDA’s vaccine advisory committee—a panel of outside experts—met to determine how the agency should proceed, and voted in favor of the drug’s authorization. While the FDA isn’t required to follow the recommendations that result from these committee reviews, it usually does. The New York Times reports that people familiar with the agency’s deliberation process expert the EUA to come through on Saturday or Sunday.

The FDA released an analysis of pharmaceutical company Pfizer’s COVID-19 vaccine data on Thursday morning. According to the report, the FDA has no specific concerns that would prevent authorization of the vaccine.

The analysis released on Tuesday supports Pfizer’s previous claims of 95 percent efficacy for the vaccine, which is currently being considered for use in patients age 16 and up. While many patients in clinical trials experienced side effects like headaches, muscle pain, and fatigue, serious reactions were rare. You can see a breakdown of the results of the trial, which included 44,000 people, in this interactive graphic by The Washington Post.

Pfizer’s vaccine requires two doses taken 21 days apart to achieve 95 percent efficacy, but the current clinical data suggests a single dose may provide more than 80 percent efficacy. More research is needed to understand how much protection a single dose can offer, which will be important in understanding how well the vaccine will work in practice—it’s likely that many patients will fail to get their second dose, or fail to do so within the recommended window. The FDA will also need more research in order to approve the vaccine for children, pregnant people, and those with compromised immune systems. Clinical trials will continue to collect data even if the vaccine is given EUA status.

The United Kingdom became the first country to approve Pfizer’s vaccine several days ago. On Tuesday morning, it was administered to a patient for the first time outside of clinical trials. The patient, named Margaret Keenan, turns 91 next week. The UK has ordered 40 million doses of the vaccine (enough for 20 million people, about a third of the nation’s population), and has acquired 800,000 doses for the country’s first wave of inoculations.

The US has secured 100 million doses of the new vaccine, which will be enough to inoculate less than one-sixth of the nation’s population of around 330 million, but we won’t get the whole batch at once—Pfizer estimates we’ll have 25 million doses, or enough to inoculate 12.5 million people, by the end of December. The Trump Administration reportedly turned down a deal for a larger order of doses in July. Whichever vaccines the US ends up relying on, their distribution will be a long and complicated process. The FDA committee is expected to meet next week to deliberate on a second vaccine from Moderna, with several other candidates—including one vaccine that requires only a single dose—still earlier in their clinical trials.

A version of this article was originally published on December 8. It has been updated.