Can you spread COVID-19 after vaccination? Here’s what we know.

Even if you’ve been vaccinated, it’s important to keep masking up. 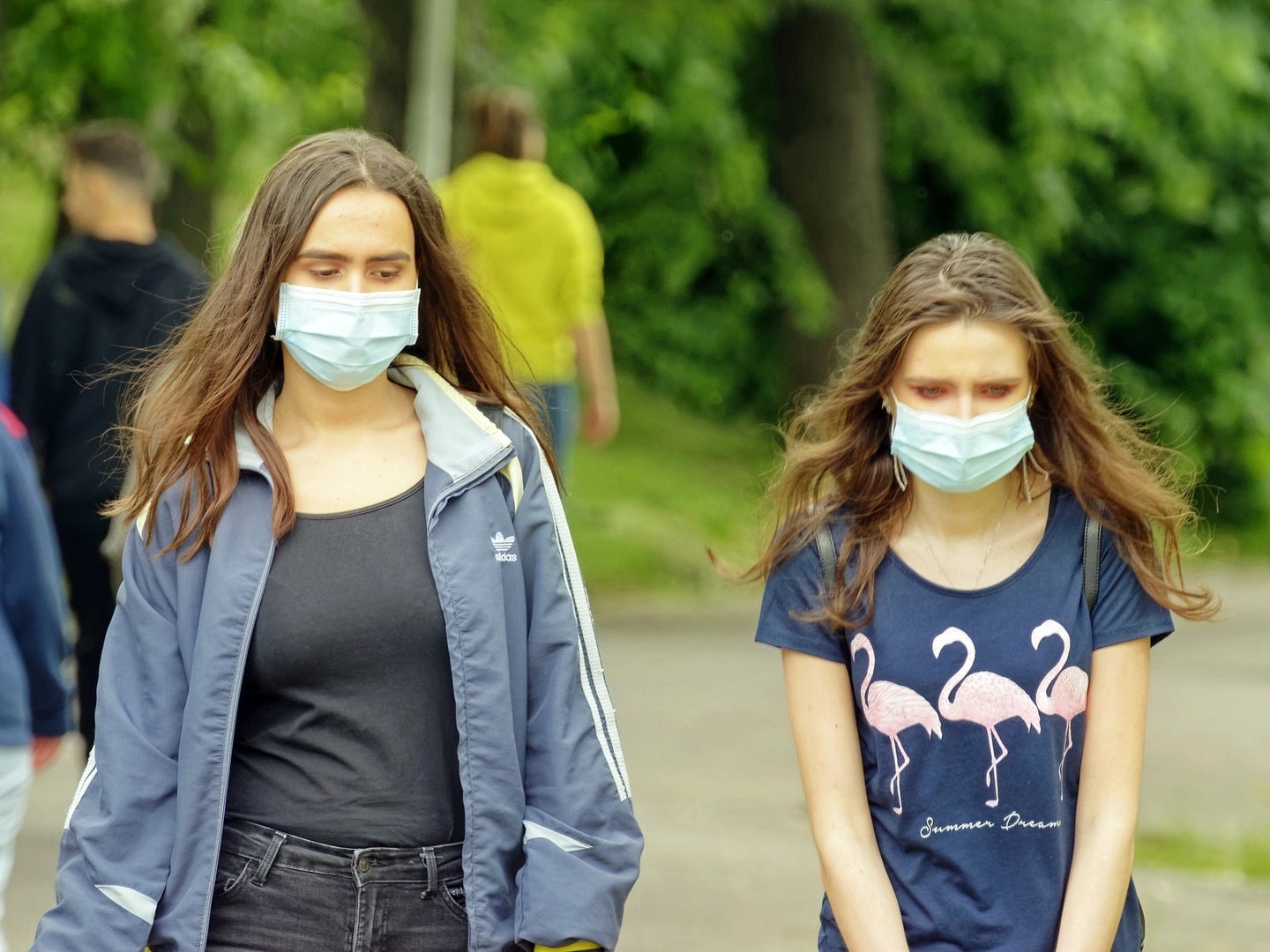 It is still unclear whether COVID-19 vaccines will prevent vaccinated people from carrying the novel coronavirus without feeling sick and unwittingly spreading it to others. Its still important for vaccinated individuals to mask up. Pixabay
SHARE

On December 18, the U.S. Food and Drug Administration granted Moderna’s COVID-19 vaccine emergency use authorization. The vaccine is the second to win approval in the US, and the first doses were administered on Monday.

This milestone is impressive both because the vaccines from Moderna and Pfizer were developed at record-breaking speed and because they appear to be more than 90 percent effective (at least in clinical trials) at protecting people from developing symptomatic COVID-19. But one thing that isn’t clear yet is whether COVID-19 vaccines will also prevent vaccinated people from carrying the novel coronavirus without feeling sick and unwittingly spreading it to others. This means that for now, it’s important to keep wearing masks, socially distancing, and taking other precautionary measures even if you have been vaccinated.

“It would not be so far-fetched to have a vaccine that protects you from developing the worst COVID disease, but you could be infected and you could be spreading it [without] getting really sick,” says Jeffrey Bethony, a professor of microbiology, immunology, and tropical medicine at the George Washington University School of Medicine and Health Sciences who works on vaccines for parasitic diseases and HIV. “There is hope that they prevent transmission, but we simply don’t know enough about them yet.”

One reason that this novel virus—officially called SARS-CoV-2—has spread so rampantly is that people can be contagious several days before they feel ill, and in some cases never develop symptoms. Such a high rate of asymptomatic spread is “just not all that common in other infections,” says Susanna Naggie, an associate professor of medicine in the Duke University School of Medicine who specializes in infectious diseases. “With flu there is asymptomatic disease, but not at the level we see with SARS-CoV-2.” This makes it particularly important to understand whether COVID-19 vaccines will prevent asymptomatic infections, she says.

Many vaccines—including those for hepatitis A and B, measles, chickenpox, and human papillomavirus—do prevent people both from becoming ill and from passing the pathogen to others. “Generally, we believe that if you have a vaccine that prevents disease, you’re likely preventing infections as well, but you can’t assume that that’s 100 percent [the case],” Naggie says.

Some pathogens can infect and reproduce in vaccinated people for short periods of time without making them sick, including the bacteria that cause meningitis and pertussis, or whooping cough. This is also a problem for vaccines under development for parasitic illnesses such as malaria, schistosomiasis, and hookworm infection, Bethony says. “The vaccine protects people against the most serious clinical manifestations of the disease but it doesn’t entirely stop infection,” Bethony says. “You still might have a person who is mildly infected, and they’re still able to spread the disease.”

Whether an inoculation will prevent infection partly depends on the vaccine’s mechanism of action. Many COVID-19 vaccines, including those by Moderna and Pfizer, target the spike-shaped proteins on the surface of SARS-CoV-2 that help it bind to and enter host cells. “We’re talking about developing antibodies and immune response directly to the spike protein,” Naggie says. “So the hope would be that you could truly prevent infection.”

Several developers have reported early data hinting that their COVID-19 vaccines will reduce asymptomatic infections. During late-stage trials for the vaccine developed by the University of Oxford and AstraZeneca, some participants were given weekly COVID-19 tests. One group accidentally was given a low first dose of the vaccine followed by the intended full second dose. Asymptomatic infections were less common in this vaccinated group than they were among those who received a placebo. Researchers are still investigating why that low-dose group fared better than the full-dose group in that regard.

In Moderna’s clinical trials, researchers swabbed participants before they received each of their two doses of the vaccine. On December 15, the drugmaker reported that 38 volunteers who received the placebo tested positive without showing COVID-19 symptoms before their second dose, compared with only 14 from the group that received the vaccine.

“Presumably that means it also decreases the risk of transmission, although to prove that will take a lot more work,” Naggie says. “Maybe the vaccine completely prevents infection, or maybe it really shortens the period of infection and someone sheds for only a couple of days … these would all be very critical pieces to answer that.”

Investigating this question may become easier as at-home COVID-19 testing kits become more common. In follow-up clinical trials, researchers could ask people to swab themselves daily and track how often vaccinated people test positive and whether they pass the virus to other members of their household, Naggie says.

Several vaccine developers, including Moderna and Pfizer, are planning to test the blood of trial participants for antibodies that recognize a part of the virus that wasn’t targeted by the vaccine. Such antibodies would indicate whether a person became infected after being vaccinated.

Another way to find out how well COVID-19 vaccines prevent transmission is to monitor areas where vaccination is prevalent to see if infections also drop among the remaining unvaccinated people, Bethony says. This type of situation occurred after the first polio vaccine was introduced in 1955; the following year, scientists saw fewer cases even than they were expecting because enough kids had been immunized that the virus had trouble reaching those who hadn’t.

In the US, COVID-19 vaccines have only become available within the past several weeks and aren’t expected to be distributed to the general public before next spring. It’s going to be a while before we reach herd immunity. It’s also still unclear what percent of Americans need to be vaccinated for us to reach this stage as herd immunity depends on many factors including how quickly the virus spreads within various communities, and how effective the vaccines are at preventing the spread of the novel virus.

“We are just getting access to the vaccine and so for some months to come … we probably are still looking at questions about the role of the vaccine in transmission and the need to continue all these public health measures,” Naggie says. “For the time being, until we have adequate immunity in our communities and until we know better about transmission, the answer is yes.” So get vaccinated when you are able and keep masking up.