The novel coronavirus finally has a name—two of them, actually 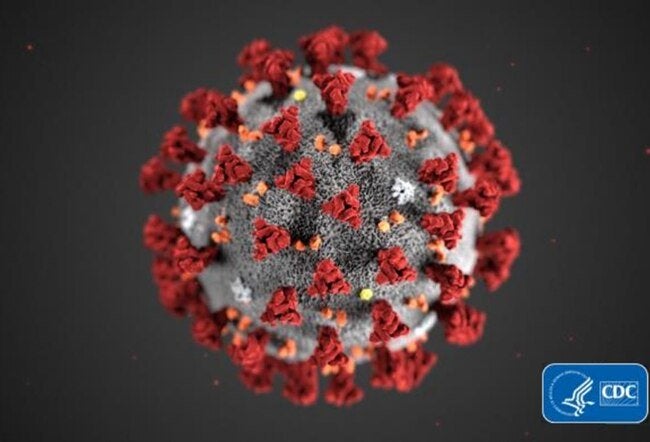 After weeks of referring to the outbreak that emerged in China in late 2019 by the hard-to-say name 2019-nCoV or the problematic moniker “Wuhan coronavirus,” after the city where the disease emerged, the illness finally has an official name: COVID-19, pronounced phonetically.

On a Wednesday press briefing, the CDC’s Nancy Messonier switched between 2019-nCoV and the new disease name, saying she was still adapting to COVID-19. The simple name (it’s short for Coronavirus Identification 2019, the year the disease emerged) was intended to meet agreed guidelines on naming a disease and also “prevent the use of other names that can be inaccurate or stigmatizing,” World Health Organization Director-General Tedros Adhanom Ghebreyesus said in a prepared speech on Tuesday.

If you’re reading about COVID-19, you’ll probably also run across another name: SARS-CoV-2. This name refers to the virus, but not the disease it causes. In other words, you can be infected with SARS-CoV-2 and get COVID-19 as a result.

The paper is still going through the peer review process, says author Alexander Gorbalenya, but the name SARS-CoV-2 is official. This could be confusing because there is already a disease known by the acronym SARS. Its full name is Severe Acute Respiratory Syndrome, and it originated in mainland China in 2003. It killed 774 people around the world and was caused by a virus named SARS-associated coronavirus.

The group chose the name SARS-CoV-2 to reflect the close genetic ties between the virus causing the current outbreak and the one from 2003—although they acknowledge the possibility of public confusion, says Gorbalenya.

“That is why we released this name in the context of the paper, which explains the basis and interpretation,” he says. The paper describes SARS-CoV-2 as a sister to SARS-CoV. However, Gorbalenya says, the group wants the public to understand that the monniker “in no way implies anything about disease. It’s just a name for this virus.”

Naming is serious business, and the unexciting COVID-19 reflects recent changes in the ways that infectious diseases are named. Back in 2015, after names like “swine flu” and “Middle Eastern Respiratory Syndrome” (MERS) had become common parlance, the World Health Organization released a best practices guide that asked scientists and others naming new human diseases to think about who could be affected by the phrasing they chose.

Geographic names like MERS stigmatize the places they refer to and may inaccurately reflect the geographic impacts of the disease itself. For instance, while MERS originated in Saudi Arabia, it hit hardest in South Korea. That Asian nation lost more than $2 billion in tourism revenue, according to one estimate. Another prominent illness, Ebola virus, was named after a river near the town where the disease first manifested in the 1970s. Scientists chose this name instead of the name of the village itself in an attempt to reduce stigma.

The name “swine flu,” to cite another example, is worryingly generic. Technically, it can cover several strains of disease that attack humans and others that only infect pigs, although it’s mostly used to refer to the virus H1N1. In 2009, after H1N1 caused the first global pandemic in 40 years, the name “swine flu” caused a downturn in pork markets.

Even SARS, a name that the World Health Organization chose specifically because it seemed innocuous, was called out by Hongkongers, STAT reports. They felt the name stigmatized their hard-hit region, which is known as a Special Administrative Region (SAR) within China. Almost 300 Hong Kong residents died in the 2003 SARS outbreak, and the disease seriously damaged the city’s economy.

These new best practices are in line with a broader movement to destigmatize health and medicine. Proponents say that trying to approach medical issues, like diseases, in a neutral way will help people feel safe seeking out care, and ultimately help prevent further harm. Hopefully, COVID-19 will do the same.